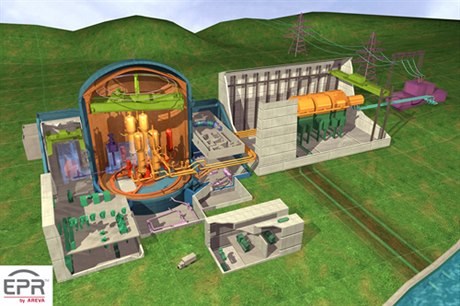 All offers accepted to double the capacity of the current Temelín nucelar power plant, including Areva’s EPR (pictured above) foto: © EPR, Česká pozice 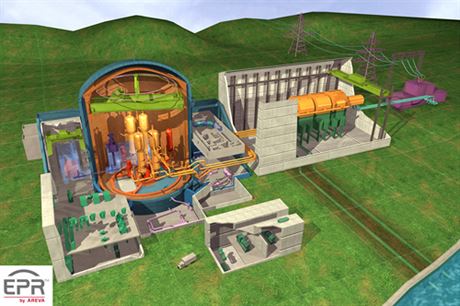 Czech power giant ČEZ has ascertained that it can build two massive new nuclear reactors with capacity of up to around 1,600 MW each in a move that puts the French bid to win the Temelín contract firmly in contention.

“The feasibility study proved there is no limitation on any type of design of the participants in the tender for a supplier of technology,” ČEZ spokeswoman Eva Nováková told Czech Position. “It means that all participants are at the same starting point. … There are no technical limitations for any type of designs.” There had been worries that the French plans might just have been too ambitious.

There had been worries that the French plans might just have been too ambitious. Areva, the French nuclear power plant constructor, is offering by far the biggest capacity reactor compared with the offers from US-based Westinghouse and a consortium led by Russia’s Atomstroyexport and Czech nuclear industry supplier Škoda JS.

ČEZ’s study considered cooling water demands, grid connections to the national high-voltage network and the layout of the Temelín site in South Bohemia.

The winner of the estimated Kč 200 billion contract should be announced in 2013 with output from the two new Temelín reactors possible from 2021. Competition between the three companies bidding for the contract, which includes options for a further three reactors, is intense with their respective governments lobbying hard.

The Czech government is also seeking guarantees considerable parts of the work would be placed with Czech companies and that technology transfer would take place which would help build up the county’s nuclear know-how. Prague is also worried about how to deal with the diplomatic fall-out from the government’s of the two unlucky bidders.