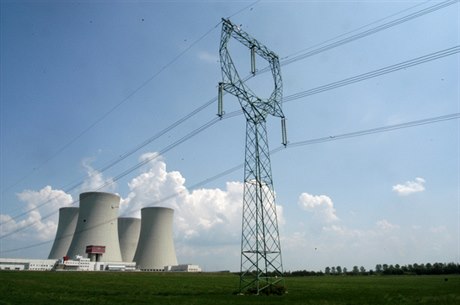 France’s Avera believes it has an advantage in the bid to expand Temelín foto: © ILUSTRA, Česká pozice 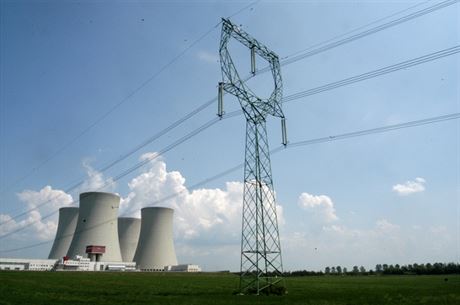 The contract to build two new reactor blocks at the Czech Republic’s Temelín nuclear power plant promises to be the largest tender in Czech history and one of the largest civil engineering projects in the EU in the coming years. With the tender documentation due to be issued on Monday (Oct. 31), the three bidders are stepping up their PR campaigns to promote their respective technologies.

Having covered the main arguments presented by the Russian-led consortium on Monday following a meeting with Sergei Kirienko, head of Russian state nuclear enterprise Rosatom (see Rosatom promises up to Kč 120 billion to Czech firms if awarded nuclear tender), Czech Position talked to Thomas Epron, the CEE region director for the French bidder Areva, about the company’s offer.

Czech Prime Minister Petr Nečas (Civil Democrats, ODS) is on a two-day visit to Washington, during which US-based Westinghouse’s bid will be high on the agenda; this publication will report on those bilateral talks and the Toshiba-owned US group’s offer in coming articles.

In the wake of the accident at the Fukushima nuclear power plant (NPP) caused by the earthquake and tsunami that hit Japan in March, safety considerations will undoubtedly be an even more important factor in the Czech tender, with many fellow members of the European Union, especially Germany, more opposed to nuclear power than ever, and the bloc carrying out “stress tests” of EU facilities.

And Areva sees a clear advantage in this for its offer over the designs of Westinghouse and the MIR 1200 consortium comprising Russia’s Atomstroyexport, and nuclear engineering firms Gidropress of Russian and JS Škoda of the Czech Republic. “It’s hard to challenge that the EPR is the safest design,” Thomas Epron told Czech Position, referring to the French company’s latest generation nuclear reactor, the European Pressurized Reactor.

Nevertheless, none of the bidders have their so-called “generation 3+” reactors up and running, which makes comparative study of the safety of the three competing reactor designs a largely theoretical exercise, open to subjective evaluations of the differing types of technologies harnessed in the respective reactors.

Indeed, the Czech state’s plenipotentiary for the Temelín expansion, former special energy secuirty envoy Václav Bartuška, recently said it would be advantageous for the bidders — and for the contractor, Czech state-controlled power major ČEZ — to have at least one of their new reactors up and running prior to the Czechs making a final decision on the tender.

Areva is confident it will be the first. It is now building the first four of its EPR generation 3+ pressurized water reactors: one at the Olkiluoto plant in Finland, one at the Flamanville in Normandy, France, and two at the Taishin plant in southeast China. Areva says the fuel will be loaded into the reactor at Olkiluoto in 2012, while the Taishin plant is on track to go online in 2013 as planned, though it cannot now say which will be the first to go online.

Areva also claims the “best in class” EPR clearly outstrips its rivals in productive performance. “There are very few places you can build a nuclear power plant. When you do build, in order for maximum return on investment, you need highest performance possible. Two of our reactors will have a total output of 3,300 megawatts, but three of the competitors’ reactors would be needed to reach that,” says Epron.

The Olkiluoto plant was originally scheduled to be completed and ready for operation in 2009. The one-reactor block project is estimated to be around 50 percent over budget and, according to the Financial Times, is now expected to cost around €5.3 billion.

In its defense, Areva claims the Finnish contractor Teollisuuden Voima Oyj (TVO) caused the delay with its late delivery of project documentation. At the same time, Epron points out that given the complexity of building a nuclear reactor, realization of a new design is bound to encounter problems. “We are the first to go through this story,” Epron said, adding that the lessons have been learnt from the problems at Olkiluoto and the fact the two reactor blocks at the Taishin plant in China are on schedule and more or less on budget is proof of this.

The first implementation of the Russian generation 3+ generator, the VVER 1200, has also encountered significant setbacks. This July, the metal reinforcement of the reactor block under construction at the Leningradskaya II plant near St. Petersburg collapsed, and according to the opposition Russian publication Novaya Gazeta, this spring the same installation being built by the subcontractor Lenatomenergoproekt proved to be unlevel by around 60 centimeters.

Novaya Gazeta quoted an anonymous source close to the project as saying the accident and construction shortcomings were caused by a lack of professionalism, failure to observe procedures and haste to fulfill targets.

Speaking with journalists in Prague on Monday, Rosatom chief Sergei Kirienko downplayed the incident as “a problem with a subcontractor,” though Epron claims it is a much larger problem, saying, “It was a major failure of project management and implementation of quality and safety.”

Rosatom says the VVER 1200 at the Leningradskaya II NPP, the first due to be completed, will begin operation in 2013. Epron disputes this and claims it will go online in 2014 at the very earliest, with 2015 or 2016 being a more realistic date.

Further, the Russian bidders say they are able to do this thanks to decades of cooperation between the Czechs and Russian nuclear sectors in building the Czechoslovakia’s nuclear energy facilities, including the Dukovany and first two blocks at Temelín, during the communist era. The second unit was completed long after the end of the regime.Areva says it would create 5,000 jobs locally but has not put a figure on the value of potential contracts for some 150 likely Czech subcontractors.

Areva says it would provide around 5,000 jobs locally if it wins the contract, but is declining for the time being to put a figure to the value of potential contracts for Czech subcontractors. “In order to be competitive, we have to harness local capacity to the maximum. And in this respect, we don’t believe the Russians have the edge,” Epson said.

“The exact figure [of contracts that would be offered locally] is being calculated. We are requesting estimates from prospective Czech partners and are in discussions with the same companies. The Czech companies are keeping their options open, which is wise.”

Areva says it has identified around 150 companies that it considers as potential providers and subcontractors for the Temelín expansion.

Rosatom claims it has identified around 300 such companies in the Czech Republic, but Epron doubts the figure: “I think they must have counted the food shops and restaurants around Temelín. There are not nearly so many companies in the country which could directly supply the project,” he says.

A bid for know-how and know-why

There is more at stake with the Temelín expansion bid than a contract expected to be worth at least Kč 180 billion (€7.2 billion). Despite the Fukushima disaster and the consequent decision by Germany to phase out its nuclear power plants within 10 years and a suspension of nuclear development plans in Italy and Switzerland, the demand for nuclear power plants, or the so-called nuclear renaissance looks set to continue.

Not only is there demand from developing countries, a number of NPPs in Europe are coming to the end of their lifecycles and require either replacement, or major modernizations to extend their lifespans. For example, Rosatom subsidiaries are now building 22 VVER reactor blocks at home and abroad and have signed contracts to build a further seven.

Following the completion of the four AP1000s currently being built at Sanmen and Haiyang, Westinghouse has agreements with China to build a further eight reactors at four sites in the country, with potential to build a further 30 thereafter. And with such demand, nuclear know-how (or perhaps savoir-faire) is at a premium.

Despite the slogans of undying solidarity between brother socialist nations, construction of the Jaslovské Bohunice plant, now in Slovakia, and Dukovany, now in the Czech Republic, and to a lesser extent, Temelín, were fraught with complications, not least from Moscow reneging on commitments to transfer technology and know-how. This resulted in Škoda Plzeň co-developing nuclear technologies, including the first reactor in the country, the KS 150 in Jaslovské Bohunice.

The significance and legacy of decades of nuclear development was described by Bartuška in a recent interview with atominfo.cz:

“The key concept is not know-how but know-why. ...  At Dukovany there were technicians who were able to fine tune the reactors to increase output capacity. In this country there really is nuclear know-how, but there is also know-why. In Plzeň, in ČEZ, and in Řež [nuclear research center near Prague which has a research reactor] they simply know how the reactor works. The experience at Temelín 1 and 2 was such that in the end ČEZ simply had to gather know-why, to understand how it functions.”

The level of independence of the Czechoslovak nuclear program during the communist era was unique for a Soviet satellite state and the institutes, knowledge base and production capabilities which remain, undoubtedly have great potential for further development and are valued byv the bidders.

And here the Russians claim they can offer the most; the transfer of Russian knowledge would be most advantageous for the development of the Czech nuclear sector as it has a wealth of decades of experience with the VVER-type reactors. Further, Rosatom claims the number of projects it has ongoing would offer most opportunities for the Czech nuclear sector — that is if ČEZ selects the VVER 1200s and knowledge is transferred.

Past is not prologue

Areva disputes this argument. “The past is not the future,” says Epron, adding that on the engineering level adaption of production facilities would be straight forward and transfer of nuclear know-how would in fact provide Czech nuclear scientists and engineers with superior know-how and experience than the Russians can offer.

This January, Areva announced an official partnership with the Czech Technical University (ČVUT)-Faculty of Nuclear Sciences and Physical Engineering, and the University of West Bohemia in Plzeň where it is funding R&D projects and exchange programs with French research institutes. Over the past year Areva has also organized a number of visits to French nuclear facilities by Czech nuclear engineers and scientists, and also state officials.

Finally, an argument that could be used in favor of the French bid is the fact that it’s an EU member state and French–Czech cooperation would enhance the union’s energy security. Areva, however, claims it is not playing this card. “We don’t do geopolitics,” Epron told Czech Position. When pressed, he said the Czech Republic needs to “carefully consider its strategic energy options,” nevertheless, he says this is political matter for the Czechs alone to decide.

“We are the best in class in terms of value proposal and safety guarantees,” Epron says, adding that he is confident that Areva can win the bid on technical, safety and economic performance criteria alone.

Nevertheless, while Czech Prime Minister Petr Nečas is due to be received by Barack Obama in the White House today, Russian President Dmitri Medvedev is to visit Prague in December — and the Temelín expansion is expected to be at the top of the agenda for the US and Russian leaders. And the leadership of the EU’s unrivalled nuclear energy superpower, France, will surely not stand by.

Previous articles on the Temelín tender are archived here