Temelín could persuade US to compromise on bilateral investment treaty

Prague wants to amend the 1991 Czech-US investment protection agreement; Washington may cede ground thanks to Temelín 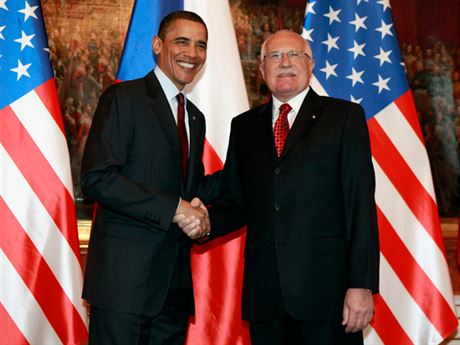 Since Czech Position reported Feb. 15 that Prague is likely to withdraw from a bilateral Czech-US treaty on protection of investments, there have been some developments on the issue, with the Czech chargé d’affaires in Washington being summoned to the State Department. Czech diplomats now have some hope that the US is prepared to compromise — due to the lure of a $28 billion tender to expand Temelín.

The Czechs’ main complaint is that the treaty provides protection for investments not directly owned or controlled by US entities.

In addition to direct investments, the 1991 bilateral agreement also provides guarantees for indirect investments, which is a major concern for the Czech Ministry of Finance. The Czech side’s main complaint is that the treaty provides protection for investments not directly owned or controlled by US entities, i.e., indirect ownership of investments through legal entities in third countries.

Complex investment ownership structures with entities in third countries enable investors to launch arbitration cases against the Czech Republic also in other countries. A claim in a foreign arbitration tribunal relating to the same dispute can be launched consecutively or in parallel. By doing so, the plaintiff can refer to other investment agreements entered into by the third country and either side of the bilateral agreement, and thus lower the risk of losing an arbitration case.

“For this reason, the Czech Republic has called for protection of indirect investments to be removed from the agreement, or at least amendments to the mechanism for the resolution of disputes between an investor and the legally-bound host state that would prevent launching proceedings if another court or arbitration tribunal is conducting proceedings or has reached a decision in the same case. The United States has refused to endorse this proposal,” a government report on the issue says.

The Ministry of Finance, which is responsible for concluding investment protection agreements, also doesn’t like the fact that Czech and US legal entities have unequal options for suing the host state in international tribunals: The agreement gives Czech legal entities owned by US citizens or US companies the right to launch arbitration proceedings against the Czech state, which is exceptional in such agreements.

When asked by Czech Position, the US Embassy in Prague declined to clarify the US position on the renegotiation of the agreement citing ongoing Czech-US negotiations. Hitherto, however, the US has resolutely declined to agree to any changes to the agreement that would reduce the advantages for US companies and investors in the Czech Republic.

According to the Americans, the Czech-US investment protection agreement is a standard legal accord, which Washington has concluded with 50 countries. Furthermore, when the Czech Republic became an EU member in May 2004, Czech diplomats, with the participation of the European Commission, signed an amendment with the US that recognizes the compatibility of the agreement with EU law.One expert said the Czechs have only themselves to blame for the the treaty term because the definition of an investor is too general.

“De jure the agreement doesn’t create inequalities between the sides. But de facto this is the case given the small volume of Czech investment in the US, and on the other hand, the large amount invested [by US entities] in the Czech Republic,” Vladimír Balaš, an expert on international economic law, told Czech Position.

US investors have invested more than Kč 62 billion in the Czech Republic while only several hundred million crowns have gone in the other direction.

In Balaš’s view, the Czechs have only themselves to blame for the terms of the treaty because the definition of an investor is too general. “It doesn’t eliminate portfolio investors whose aim is only to buy cheap and sell for a profit and the transactions don’t have to benefit anyone else. An example of such an investor is Saluka [daughter company of the Japanese firm Namura, which figured in the IPB bank case],” said Balaš, who has represented the Czech state in two investment disputes.

In the case of Saluka, the Czech State was perturbed by the fact that the company acquired and consolidated shareholdings — including state-owned — in brewers Gambrinus, Prazdroj and Radegast, and sold the new entity South African Breweries (SAB), which it then sold with no benefit to the companies involved. The agreement on investment protection with the Netherlands, for example, excludes such possibilities.

“If I remember correctly, if the agreement on protection of investments with the US was balanced and reciprocal and provided the same exceptions for the Czech Republic, Ronald Lauder, for example, as a private individual would not have been able to invest into TV broadcasting in the Czech Republic,” Balaš said, referring to the arbitration case between the Czech state and Lauder’s company Central European Media Enterprises (CME), in which the former lost and had to pay out Kč 10 billion.

As reported by Czech Position, according to Czech Foreign Minister Karel Schwarzenberg (TOP 09), negotiations on amendments to the Czech-US agreement were postponed due to the arrival of the new US ambassador to the Czech Republic, Norman Eisen, in January. Schwarzenberg said the Cabinet was unwilling to immediately raise the contentious issue with Eisen.

However, diplomatic sources say the cause of the delay of negotiations on amendments to the investment agreement is more complicated: Primarily, the Czech Republic currently doesn’t currently have an ambassador in Washington. Czech President Václav Klaus has approved the appointment of Petr Gandalovič — currently a parliamentary deputy with ODS — but US President Barack Obama must accept his credentials before Gandalovič can take up the post.

“He may wait one, two or three months before he’s received in the White House. That’s why it was postponed by the government. It was tactical,” a high-placed state official told Czech Position.

The Americans have apparently launched a diplomatic offensive. According to a diplomatic source who asked to remain anonymous, the Czech chargé d’affaires in Washington, Daniel Koštoval, was recently summoned to the US State Department — which Koštoval acknowledges. The Czech side senses that it holds a trump card: the $28 billion tender to expand the Temelín nuclear power plant.

“In connection with setting the questions for the further actions of the Czech Republic in the government’s program, communications with our American partners have naturally intensified,” Koštoval said, adding that the debate on the agreement has not had a negative impact on relations between the two countries.

The Czechs and Americans agreed in December to initiate inter-governmental talks on economic relations. This included Czech Minister of Industry and Trade Martin Kocourek (Civic Democrats, ODS) signing a declaration with his US counterpart on cooperation in the sphere of nuclear energy.

“Trade missions are also a component of the economic dialog. This year, there will be two Czech missions to the US; their aim will be to explore the possibilities for Czech investment in the US and vice-versa,” Koštoval said.

Despite the minor diplomatic spats and intrigues, the Czech side senses that it holds a trump card: the tender for the expansion of the Temelín nuclear power plant in South Bohemia in which the US company Westinghouse intends to place a bid. Ambassador Eisen has left no doubts that US diplomats and state organs are lobbying for the company to win the tender worth around $28 billion.

“My role is to make sure that we make clear the advantages of the Westinghouse bid. And not just that. Also that the Westinghouse bid in Temelin can be part of a much larger partnership between the two countries as we look for —as the President just discussed in the State of the Union address — safe, clean energy sources for the 21st Century,” Eisen said describing his priorities in an interview with the daily Mladá fronta dnes shortly after his arrival in Prague.

It remains to be seen whether the prospect of gaining an advantage in the Temelín tender will persuade the US to compromise on the investment protection agreement.