While French energy group Areva waits to bid on a contract to expand ČEZ’s nuclear power plant, it signs a deal in the Czech education sector 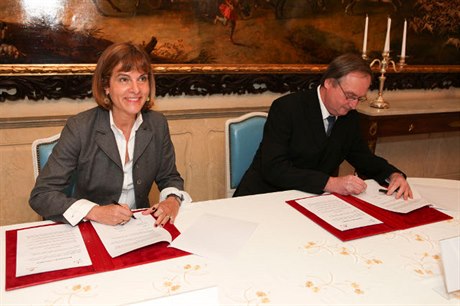 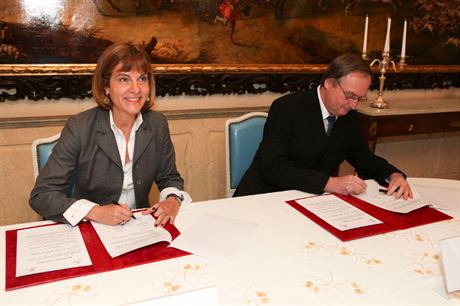 France-based energy firm Areva has announced a partnership with the Faculty of Nuclear Sciences and Physical Engineering at the Czech Technical University (ČVUT) in Prague and the University of West Bohemia in Plzeň aimed at increasing educational opportunities for nuclear engineering students at the graduate and post-graduate levels, through providing scholarships, internships and excursions for Czech students and professors.

“I am pleased to seal these agreements that strengthen our cooperation with the Czech Republic, which has a long tradition of nuclear power and know-how. Our future in nuclear technology depends on young, bright and educated minds,” Anne Lauvergeon, CEO of Areva, said in a press release.

‘Our future in nuclear technology depends on young, bright and educated minds.’

Leaders of the insitutions also were enthusiastic about the agreement. Josef Průša, rector of the University of West Bohemia, said it presented interesting opportunity for both sides. “Our goal is to identify new joint opportunities in the area of education and above all research with a focus on mid-term projects. …  I am convinced that this contract is a great basis for a long-term strategic alliance,” Průša said.

Miroslav Čech, the dean of ČVUT’s Faculty of Nuclear Sciences and Physical Engineering said that these initiatives will help greatly contribute to the Czech Republic’s nuclear energy development. “I also believe that in cooperation with Areva we can broadly offer the experience of our teachers and the capacity of our facilities, for example our training reactor, to students and nuclear industry workers from foreign countries,” Čech said.

One of the first joint initiatives will be a forum between Areva and the universities on specific cooperation opportunities in research. An excursion of students and professors to Areva’s facilities in France is also planned. In the long term, the program is intended to help maintin the high level of the nuclear science teaching staff and to keep students abreast of up-to-date knowledge in the field.

Topics in the program will relate to nuclear plant design, construction, safety and security, operation and maintenance, as well as nuclear waste management and disposal, and finally decommissioning a plant after its eventual shutdown.

Areva is one of three entities currently vying to win a contract to build two new reactor units at the Temelín plant in South Bohemia, operated by the Czech state-controlled power energy ČEZ. The other contenders are Westinghouse Electric Co. (part of Japan’s Toshiba Corp.), and a consortium of led by Russia’s Atomstroyexport and Czech nuclear industry supplier Škoda JS — part of Russian engineering group OMZ (Uralmash-Izhora Group) since 2004.

The tender was originally set to be called at the end of 2010, but has been delayed by the Czech government to sometime in 2011. The contract is worth upwards of $25 billion. Areva plans to submit its European Pressurized Reactor (EPR), which is a Generation III+ pressurized water reactor with an output of 1,650 MW.

Areva is currently building four EPR reactors, one each in France and Finland, and two in China. Construction on a second unit in France is scheduled to begin in 2012. The two European reactors already under construction have faced a number of delays. The Olkiluoto plant in Finland is expected to become operational in 2013, and the Flamanville 3 unit in France should be finished in 2014. Construction on the Chinese units began in 2009 and ’10, and is expected to last 46 months for each unit.

Westinghouse is proposing its AP1000 model, with an output of 1,150 MW, for Temelín. The Atomstroyexport/ Škoda JS consortium is entering its MIR-1200, with a 1,158 MW output.