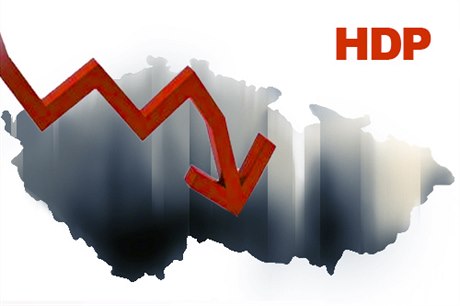 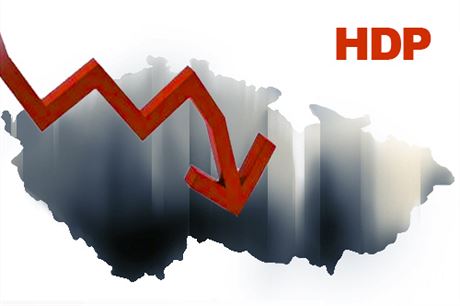 The Czech economy fell into a recession in the fourth quarter of 2011 as it dropped 0.2 percent quarter on quarter. In the first quarter of 2012, GDP lost 0.8 percent on the quarter, according to the Czech Statistical Office (ČSÚ). Jaroslav Ungerman, chief economist for the Bohemian and Moravian Confederation of Trades Unions (ČMKOS), comments on the worrying state of the Czech economy.

While the Czech public paid little attention to the latest economic data, the time will almost certainly come when it will be impossible to ignore. The data suggest the outlook for at least the next year is decidedly grim. Perhaps the public disinterest stems from there being many economists but few who consider the broader context of developments and look beyond the coming quarter.

Let’s examine a few of the numbers. Industrial production in the first four months of 2012 increased year on year by about 3 percent — compared to a more than 10 percent increase last year. More interesting still is the development of new industrial orders, which rose globally by about 10 percent over the past six months compared to 20 percent last year. On the domestic front, they held at about 4 or 5 percent below the previous year.

The situation in the construction industry is widely known — the first four month showed a decrease of about 10 percent in engineering works almost 20 percent compared to the same period in the previous year. A similar situation is developing in retail sales, which are also down 3 percent in real terms, most significantly in the range of food products – and this includes April, when there is a traditional jump around Easter (demand for eggs plummeted due to a jump in prices).

It is worth noting that with the 4 percent increase in VAT on foodstuffs sales are down 3 percent. Where were the prognoses from the experts on the Czech government’s economic advisory council (NERV) in this regard? Tax revenues were down more than Kč 2 billion in the first five months of this 2012 compared to the same period last year, despite the rather dramatic VAT hike. Given that VAT collection was expected to be Kč 37 billion higher this year, it doesn’t bode well for meeting the draft state budget. In fact, tax revenues will likely be at least a Kč 20 billion shortfall.

The data show that the Czech economy is on the verge of crisis. This year GDP will decline some 1.5 percent, which will invariably come with a further slump in domestic demand — which will not be offset by any positive developments in terms of foreign trade, as it accounts for three quarters of the decline in GDP. This will lead to further cuts in the state budget, projected at Kč 105 billion for this year (but which stood at Kč 79 billion already at the end of May).

The 2013 deficit has been projected at Kč 100 billion. The Finance Ministry proposes that the deficit drop to Kč 70 billion in 2014 and to Kč 30 billion in 2015. Among the austerity measures approved by the center-right government in April is an increase in VAT from 15 to 21 percent, the abolishment of health insurance caps, the reduction of flat expense write-offs for the self-employed, and the lowering of the indexation of pensions.

Is it realistic to talk of GDP growth in nominal or real terms? Certainly not in 2013. And even by the end of this year, growth will not exceed the pre-crisis level of 2008. Let’s not forget that the economy is a complex “organism” that is prone to inertia. The cuts of today will not manifest until late next year. What then are the impetuses for growth? Declining government spending and private consumption? The attenuation of investment?