End owner of the minority stake in waste management firm could be Czech billionaire Petr Kellner, but no law requires him to come clean 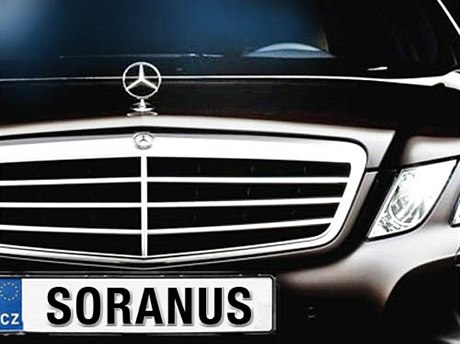 Soranus was a Greek doctor known for his four-volume treatise “Gynaecology.” Who owns the Cypriot firm by that name is a mystery — but the Prague mayor is a gynecologist by training foto: © ČESKÁ POZICE, Česká pozice 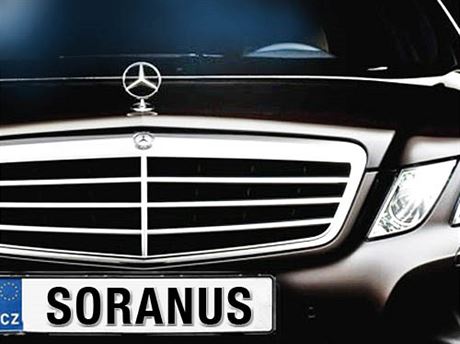 Prague City Hall has no idea who is behind Soranus Limited, which last year secured a significant stake (15.8 percent, which translates into voting rights of 19.3 percent) in Pražský služby, the municipal waste management and disposal company, with the remaining 76.92 percent in the hands of the city administration.

It’s bewildering that the municipality still has shown no interest in determining who now owns the minority stake that the PPF Group controlled by Czech billionaire Petr Kellner sold back in October 2010. Garbage is big business and Pražský služby is a highly profitable company, to which the waste incineration facilities in Malešice (Prague 10) also belong.

According to Czech Position’s findings, the trail leads from Cyprus to London. But as for who really owns Soranus Limited it could be Al Qaeda, the Russian mafia or a Prague firm for all the municipality knows (or reveals). But in all likelihood, it isn’t in foreign hands, and the search should focus on the Czech metropolis.

Tomáš Hrdlička has no clue

The weekly Ekonom on Thursday speculated that the owner is Natland Group, the new shareholder in the Slavia Prague football club, although managing partner Tomáš Raška denies having a stake in Soranus Limited, even indirectly. According to Czech Position’s information, Soranus Limited is connected to the most powerful lobbyist in Prague, Tomáš Hrdlička, who is also said to have a hand in Natland Group.

If true, it would mean that Hrdlička can control the business of Pražský služby not only as a shareholder but also as a lobbyist with influence over both the center-right Civic Democrats (ODS) and center-left Social Democrats (ČSSD), which govern Prague through a political marriage of convenience.

When asked if he has anything in common with Soranus Limited either personally or through a Czech or foreign company, Hrdlička said, “I have no idea what it’s about. I’ve never heard the name of this company before. I hope that answer will suffice.”

Already a week ago on Friday we sent questions to Prague authorities but have yet to receive an answer. “We know about the change in ownership of the minority stake and are looking into the details. It may in theory concern a shift in proprietary rights within the PPF group,” Prague City Hall press spokesman Luděk Schreib told Czech Position. But the fact is that PPF no longer has a hand in Pražský služby.

Through the Netherlands-registered company Codar Invest the group had held the 15.8 percent stake for seven years before its surprising move to divest in October 2010. Pražské služby owes PPF banka Kč 750 milion, which is not a small amount, but that’s where the connection with empire of Petr Kellner in this business supposedly ends.

“Soranus Limited is not part of the PPF group and neither does it belong to the private equity fund of PPF Partners,” group spokesman Alexej Bechtin said. “It was put up for sale in October of last year. Due to contractual obligations for confidentiality, however, we cannot reveal further details without the permission of the counterparties. The transaction was reported to the appropriate regulatory authorities and individual companies in line with valid regulations.”

According to documents in Czech Position’s possession, Soranus Limited was established a few months before Codar Invest from the PPF group sold its stake in Pražské služby. Soranus Limited has a basic capital of €5,000 and was registered in Cyprus on March 31, 2010, with its headquarters in Nicosia. However, as is so often the case, it is not the final owner. The London-based British shell company Nettrubino Limited became the sole shareholder in the company in July 2010.

In Italian, “netturbino” means “garbage man” — the key activiity of waste management firm Pražské služby — so perhaps during Nettrubino Limited’s registration, the letters “r” and “u” were transposed by mistake; in any case, it’s not possible to discover who the firm’s owners are through public sources. The final owner may well be Petr Kellner himself, but there’s no law that would oblige him to reveal his cards.

Someone could at least whisper the name of the powerful financier in the ear of Prague Mayor Bohuslav Svoboda (Civic Democrats, ODS), who should know about it. But as the Czech proverb goes, what is whispered is the devil’s work. So, Mr. Mayor, kindly tell us specific names and clear answers as to who is doing the city’s dirty work.