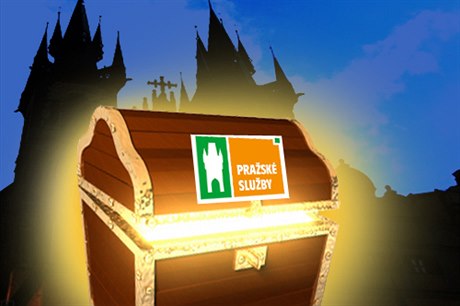 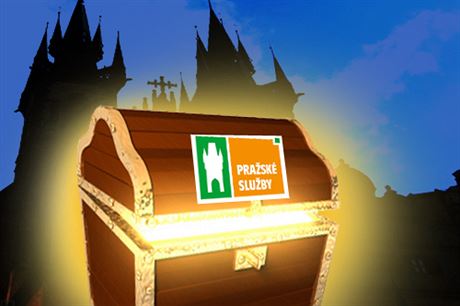 The Czech capital wants to buy an 18.85 percent stake in  trash company Pražský služby, with the aim of the center-right coalition of the Civic Democrats (ODS) and TOP 09 that runs Prague City Hall being to gain almost 100 percent control of the municipal waste firm. But who owns the stake remains a point of speculation.

“We have been pushing this since last autumn because we think such a solution is correct,” Prague first deputy mayor Pavel Richter (TOP 09) told Czech Position; the current holder of the stake, investment group Natland, did not respond to requests for comment, but sources in Prague City Hall confirmed discussions are already underway.

Gaining near total control of shares in Pražský služby is in line with the councilors’ strategy regarding companies in which the municipality has a majority stake. Another example would be the gas company serving the capital, Pražská plynárenská, in which they hope to buy a minority stake now held by the German company E.ON.

Natland had informed Prague mayor Bohuslav Svoboda (ODS) in a letter dated February 20, 2012 of its desire to sell off its Pražský služby stake. According to Czech Position’s information, a number of other potential investors got the same letter; however, insiders say the chances of anyone apart from the city buying it are remote.

Why? The ODS-TOP 09 is allegedly planning to ban the payment of dividends from city-owned companies in the coming years, so no investor can count on a short-term return on the investment. In times of financial crisis, such a prospect holds little appeal for would-be minority shareholders.

The City of Prague currently has a 76.92 percent stake in Pražský služby, which accounts for up to 80 percent of the Czech capital’s municipal waste collection and owns the major waste incinerator in the Malešice district. It has been highly profitable (netting a total of Kč 374 million from 2007 to 2010).

The minority stake now ostensibly held by Natland has changed hands numerous times over the past two years. The first time was in October 2010, when the financial group PPF (controlled by Czech billionaire Pet Kellner), which had held it for many years, sold the stake to the Cyprus-registered firm Soranus Limited.

Czech Position first began to dig into the ownership of Soranus in early June 2011, and then got on the trail of the shell company Nettrubino. Then, four days before Pražský služby’s  general meeting that month, Natland issued a press release saying it had bought Soranus to get a stake in the municipal waste services company. Company spokesman Rostislav Starý declined to reveal who had bought it or for how much it had sold.

Where is the sense?

In this regard, the news server Aktualne.cz’s Deník Insider (the Insider Daily) reported that PPF was again buying a minority stake in Pražský služby. “Prague mayor Bohuslav Svoboda has gained a powerful ally. Petr Kellner is on his side cleaning up Prague. The mayor, who is trying to shut out the so-called godfathers of Prague — especially [lobbyists] Roman Janoušek and Tomáš Hrdlička — is now focused on Pražský služby. Kellner’s PPF Group is looking to gain almost one-fifth of shares in Pražský služby,” the news server wrote. ‘The mayor wants to stop the hemorrhaging of money to Hrdlička and Janoušek and the like. Therefore, it is attempting to regain the share.’

A source close to Kellner was cited as saying the about-face stems from PPF looking to establish relationships with the new Prague City Hall leadership. “The mayor wants to stop the hemorrhaging of money to Hrdlička and Janoušek and the like. Therefore, it is attempting to regain the share,” the source said. According to Aktualne.cz, Svoboda is railing against Natland because of the alleged opaque nature of the company, which is based in Cyprus, and at an extraordinary meeting in January removed its representative from Pražský služby’s supervisory board.

Aktualne.cz says that Cyprus-based Soranus Limited, according to experts, is only one of many entities controlled by Kellner and his team. It doesn’t seem to make much sense, given the background discussed above. Why would PPF want to buy the stake that it sold back in October 2010? It does not appear to fit into the group’s strategy — no similar move by PPF has ever been made public.

So if Aktualne.cz is speculating wildly, let’s throw out some hypotheses as well. Let us suppose (in theory) that the Cypriot company Soranus Limited, through its parent company Nettrubino Limited, is owned by PPF Group or one of the entities it controls. Perhaps Kellner sold the stake in Pražský služby to Natland because he did not want to disclose the beneficial owner.

But it still makes no sense. If PPF was once officially a stakeholder in Pražský služby, what would compel the group to conceal its participation through Cyrpus, via Soranus, and then through London, via Nettrubino? Unless it wanted or needed to share the stake in Pražský služby with another group that, for whatever reason, wanted to be kept incognito. Who could it be? A prominent politician? A senior official? A Prague lobbyist? Some former PPF executive? Possibly. But that’s not Kellner’s style either.

Not only because the Czech billionaire doesn’t like to share with anyone, unless perhaps they are of the caliber of a Generali or Russian oligarch Oleg Deripaska. But in the case of Pražský služby, it is simply difficult to come up with a logical reason.

And now for the most wild speculation of all. Despite everything that’s been said, let’s say that PPF Group in fact kept its stake in the municipal waste company via Soranus Limited. In that case, the only reason why it is again in the game is that Natland has still not paid Kellner, and so he has called the Prague mayor back and offered the shares for sale to the city. Then all the councilors can claim that Pražský služby is again a transparent firm.