Taking action toward a better Prague 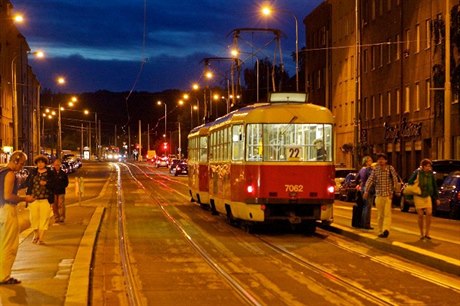 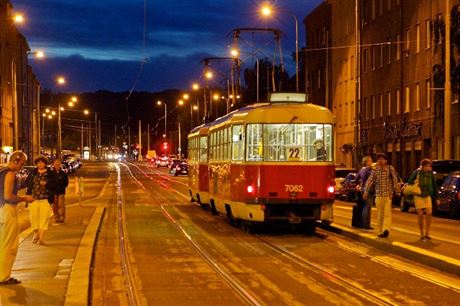 Improving urban space is a hot topic and Prague — with its questions and concerns about what to do with its past and where to go with its future - is slowly joining the ranks with its own set of initiatives. Amongst them is UrbanACT, a component of a larger initiative called ReSITE, and a project that aims to raise active public interest in the city and ultimately improve its public spaces and urban environment as a whole.

“A lot of places [in Prague] aren’t being used to their full potential,” says Marek Prokůpek, an arts management student at The University of Economics (VŠE) and one of UrbanACT’s co-founders, along with Cyril Pavlů and Kateřina Vondrová– both architecture and urbanism students at The Czech Technical University (CTU). “We want to show that you don’t need large funding to make a quality urban environment, it’s about the attitude of the people — the city’s elemental component.”

Including an international student workshop (the project’s initial idea before the group made the decision to extend the initiative further) UrbanACT has kicked-off with a series of public lectures as a means to initiate discussion amongst the community. Focused on public space, each of the four lectures speaks to one of the project’s fundamental objectives: interdisciplinary collaboration. “Public space is not only something architects are talking about. Everyone lives in public space,” says Pavlů. “In the end it’s not architects who create public space, but street artists, musicians [in other words, the people].” ‘Every subculture has its own public space.’

The first lecture – Public Space and Art – held at Mánes during Art Prague included a sculptor, a street artist and a group of architects. Alternative Public Space, the series’ second lecture held at CTU, included rapper Vladimir 518. “Every subculture has its own public space,” says Pavlů, “A variety of public spaces makes a variety of culture. If all public spaces looks neat and clean, it might be boring.” The last two lectures, scheduled for April 4th and the 11th, will include an architecture professor, a theorist, Buskerville – a citizen’s initiative supporting busking in Prague; and PragueWatch – an online initiative mapping some of the city’s disputable urban planning cases.

Also taking a multidisciplinary approach, the workshop invites not jut architecture students to register, but students from a variety of disciplines from both the Czech Republic and abroad. Scheduled for May, the project, which is divided into two parts, will initially see participants create solutions for improving specific public spaces in Prague. The second part will see those solutions realized at a to-be-determined location (as of press time) on Prague’s riverfront on May 24 and 25.

On display to the public from May 25-27, those “urban interventions” will be included in an international festival that not only marks the culmination of UrbanACT’s initial phase, but is also the initiative from which the project originated. ‘Prague was once the center of the architectural world. It is far from that now, but there is no reason that can’t change.’

ReSITE, scheduled to run from May 21-27, will be centered around a two-day conference – including lectures and workshops focused on the riverfront, urban mobility and public space presented by architects, urbanists and others from abroad and the Czech Republic – and a series of public events and happenings including workshops, platform discussions, film screenings, urban games, performances and exhibitions (including the results of an international competition organized by ReSITE) - to be held at the National Theater’s piazetta and other locations throughout the city.

“Prague was once the center of the architectural world. It is far from that now, but there is no reason that can’t change. There is a lot of talent, it just needs to be utilized better,” says ReSITE’s founder and director Martin Joseph Barry on his inspiration behind the festival. Barry, a New York-based landscape architect, is currently on a Fulbright scholarship in the Czech Republic and teaching at CTU. “As a landscape architect practicing in New York and all over the world, I noticed that the situation was different in Prague. There is very little focus or demand from municipality leaders on quality design and development of public space in the Czech Republic. Here, landscape architects aren’t even integrated on design teams for public projects - and public space and sustainable mobility are often seen as frivolous or not necessary to the well-being of the city.”

Along with his observations about the streets of Prague being “flooded with cars, even in the historical center” and the public spaces outside of the center not being “thoughtfully designed for the people,” Barry has also made several observations relative to the planning process. “The planning model in Prague has traditionally offered greater opportunities for discretionary decision on the part of the developers and more flexibility for interpretation of the master plan than is generally true in the United States and other European countries,” says Barry. “A major difference in the planning process is lack of engagement in public/private partnerships to build better urban projects.” ‘The city plan itself is too technical, formal and complicated...’

Also pointing out Prague’s urban sprawl issues and others “connected to the task of sustainability”, architect and rector of ARCHIP (Architectural Institute in Prague), Regina Loukotová — one of the co-organizers of ReSITE - emphasizes a general lack of vision. “The biggest problem is a lack of long-term strategies and overall concepts. The city plan itself is too technical, formal and complicated — based rather on formal use of sites and economic issues than on expected image and character of the city,” she says. “There are some projects – small or huge, good or bad – but a strong vision, familiar to and supported by the general public is missing.”

Along with a need for more transparency, the need for collaboration and an interdisciplinary approach are key issues. “Collaboration on large, interdisciplinary teams has become the norm in other places. In the Czech Republic, it is not as common,” says Barry. “Still, projects are managed from the top down, they are not transparent and there is a singular focus be it on transportation, economics or building architecture. Rarely are different disciplines integrated on one team to solve a problem comprehensively and holistically.”

Bridging the gap between designers, policy makers, developers and the community is one of ReSITE’s main goals for the long-term.  “We want to be the platform that inspires visionary ideas, collaboration and one which connects the various groups working on or against these issues,” says Barry.

As with UrbanACT whose slogan reads “Act for your city”, encouraging public involvement is one of ReSITE’s main missions. “Prague is our city – citizens should care, politicians should serve,” says Loukotová. “Actually, the biggest paradox is that all groups involved in the process – professionals, policy makers and the broad public – have the same objective, which is a ‘livable city’. The only problem that remains: how to agree and cooperate on this and not to obstruct it. Events like reSITE can contribute to this – especially by sharing international experience and an interdisciplinary approach.”

Speaking to ReSITE’s international element, Pavlů notes:“International events are happening everywhere except the Czech Republic. Maybe Prague can learn from them, maybe they can bring new ideas to [Prague’s] public space.”

Through initiatives like UrbanACT and ReSITE, perhaps Prague can move a step closer to improving upon some of its urban issues. “Even with a small act, you can do big things,” says Pavlů.