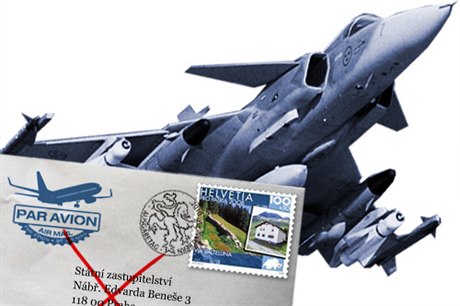 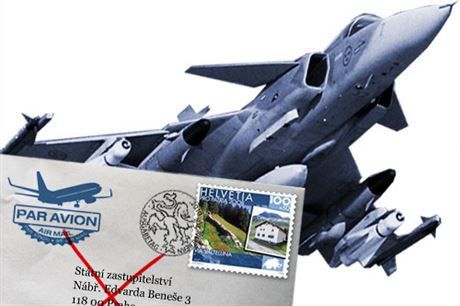 The Czech Republic’s reputation has been tarnished by the judiciary branch’s reluctance to cooperate with Swiss authorities in their ongoing investigation into the massive asset-stripping of mining group Mostecké uhelné společnost’s (MUS), since renamed Czech Coal, during its privatization in the late 1990s. And it looked like history had repeated itself in the higher-profile Gripen case.

Czech Position has learned that, from the Swiss perspective,  judicial authorities here also appeared to have been deliberately uncooperative as relates to the 2002 attempt by the government of Social Democrat (ČSSD) prime minister Miloš Zeman to buy two dozen JAS-39 Gripen jet fighter planes for Kč 60 billion — one of the biggest suspected corruption cases in the Czech Republic.

In addition to the MUS case, Swiss prosecutors have been investigating allegations of bribery involving BAE Systems, the British defense and aerospace group that had formed a consortium with Sweden’s Saab SA in the bid to sell Gripens to the Czech Republic. (In the end, due to the uproar over alleged corruption, the government of Vladimír Špidla (ČSSD) opted in 2004 to lease the planes, the contract for which expires in 2015).

In 2009 the Swedish chief prosecutor terminated an investigation under way since 2007 into allegations that Saab AB, a joint venture partner of BAE Systems, was involved in foreign bribery in the sale of Gripen jets to the Czech Republic, Hungary and South Africa. The Czech police last year reopened an investigation into suspected bribery in the planned purchase of the jets and the Supreme Prosecutor’s Office accepted an offer of US assistance in this regard; Britain’s Serious Fraud Office (SFO) is also sharing information with the Czechs.

Meanwhile, Switzerland’s federal prosecutor’s office has since 2007 been investigating allegations of corruption surrounding arms deals by BAE Systems, focusing on suspicions of money laundering and the alleged “slush fund” the British company ran to offer deals sweeteners to officials in Saudi Arabia, with payments made via Swiss bank accounts.

This March, however — unaware that the Swiss had sent their recent findings on the Gripen probe to the wrong address — the country’s representative to the Organization for Cooperation and Development (OECD) called the Czechs to task for refusing, once again, to work with Swiss prosecutors. The accusation came during a plenary session of an OECD working group on Combating Bribery of Foreign Public Officials in International Business Transactions.

Well-informed sources tell Czech Position there is evidence one of the state prosecutors made serious errors in handling the case and international criticism of the office on the whole is justified. Nonetheless, Czech diplomats were obliged to respond to the Swiss allegations.

“It sounded as if the Czech Republic was not interested in receiving information from investigators in Switzerland and cooperating with them,” Foreign Ministry spokesman Vít Kolář said. “Later it was shown that there had been a misunderstanding in email communications. According to the Czech Ministry of Justice, there was no refusal but rather the return of the Swiss letter asking for it to be sent to the correct address.”

Kolář added in the judicial authorities’ defense that providing international legal assistance must be carried out in accordance with the Czech Criminal Procedure Code so that documents and other information obtained in this manner is not omitted from consideration as evidence during a trial due to formal procedural deficiencies.

The unfortunate incident was also a blow to the reputation of the Czech representative to the OECD, Karel Dyba, who turned to Renata Vesecká, the then supreme state prosecutor, asking that she dispatch to the working group examining cases of suspected bribery of foreign officials a representative of the Supreme Prosecution Service (NSZ). “Mrs Vesecká promptly complied, and as of June 2010 nominated state prosecutors to participate in these negotiations. The practice continues under her successor, Pavel Zeman,” Kolář said.

Swiss miss, or return to sender

The information that the Swiss had wanted to pass on to their Czech counterparts was likely significant as they used a “spontaneous” mutual assistance request (i.e., without a prior request having been made), a form of cooperation outlined in the European Convention on Mutual Assistance in Criminal Matters. Such requests are made directly between judicial authorities with territorial competence for initiating and executing them and in most instances are to be returned through the same official channels.

Justice Ministry spokeswoman Tereza Palečková declined to comment on why the Swiss request was allegedly refused. According to a trusted source, the letter in question reached the desk of Marie Toťová, deputy of the Public Prosecutor’s Office in Prague 1, but it has not been possible to verify who sent it back and for what reason.“Mrs Toťová has long been ill. I cannot comment on this because all documents [in the Gripen case] have been sent to the Supreme Prosecutor’s Office,” the head of that office, Šárka Pokorná, told Czech Position.

The High Prosecuting Attorney’s Office (VSZ) in Prague also has declined to comment on the fate of the correspondence with Switzerland. However, Stanislav Mečl, who has headed the VSZ since October, has come across a number of procedural errors made by his the office under his predecessor, Vlastimil Rampula. Mečl has recalled several important state prosecutors and threatened others with disciplinary action but has refused to say whether this was because he had uncovered irregularities as related to Switzerland and the Gripen investigation.

The Supreme Prosecution Service (NSZ) is not inclined to comment on ongoing criminal investigations related to the purchase and subsequent lease of the JAS-39 jet fighters. “Criminal proceedings are still in the phase of investigating suspicions of a possible crime. Several states are cooperating in this regard … in the form of requested legal assistance from foreign judicial authorities. In this case criminal prosecution has not begun against concrete subjects,” NSZ spokeswoman Helena Markusová told Czech Position in an email.

And the Swiss? They prefer to say nothing about the whole “return to sender” affair. “As regards mutual legal assistance, it is our policy not to provide more information,” wrote Jeannette Balmer, spokeswoman of the Federal Prosecutor’s Office in Berne.