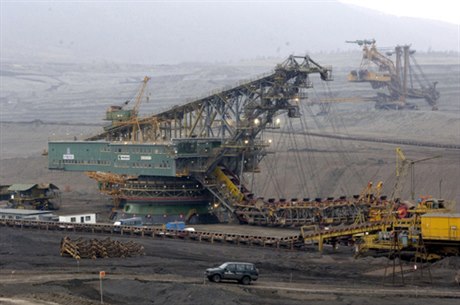 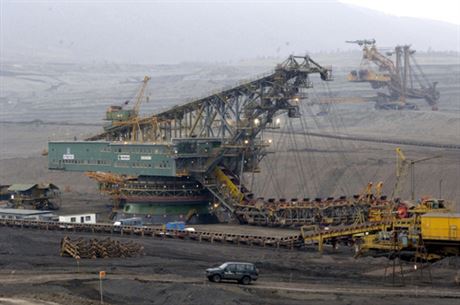 Six Czechs and one Belgian have been charged with money laundering and other financial crimes, including forgery and fraud, in connection with the privatization of Czech mining company Mostecké uhelné společnosti (MUS), according to the Swiss federal procurator’s office in Berne.

The information originally released by news agency AFP was confirmed for Czech Position by Jeanette Balmer of the federal prosecutor’s office, which earlier said it had started proceedings in June 2005 regarding money laundering and the allegedly illegal take-over of a Czech energy company by management after diverting the company’s own assets.

The coal company is believed to have diverted MUS funds that should have been used for covering ecological damages during mining.

“After a complex international financial investigation that lasted six years, the Office of the Attorney General of Switzerland deems that the grounds for suspicion emerging from the investigation are sufficient to seek indictment,” the Swiss federal prosecutor’s office said in a statement.

‘The Office of the Attorney General of Switzerland deems that the grounds for suspicion emerging from the investigation are sufficient to seek indictment.’

The office said those being charged were directors of the energy company “together with third parties who participated in the take-over, with having set up a particularly complex structure in different countries, including Switzerland, in order to misappropriate the company’s the company’s assets for private purposes, thereby enabling them to become its owners without having to spend a cent.”

The Czechs concerned are likely to be Antonín Koláček, Luboš Měkota, Marek Čmejla, Oldřich Klimecký, Petr Kraus, Jiří Diviš. The Belgian is probably Jacques de Groot, a former top manager with the International Monetary Fund (IMF) and a top member of Appian Group, which went on to own MUS.

The identity of those being charged must be revealed three days before court proceedings are launched.

The charges state that a significant part of MUS?’ assets were transferred to Switzerland to be laundered. “Some 100 bank accounts have been identified as being linked to those activities, and a total amount equal to approximately 600 million Swiss francs has been seized as a precautionary measure,” the prosecutor’s office said.

As well as breach of trust and aggravated money laundering, the charges also cover fraud and forgery of documents, it added.

The case has now been handed over to the federal criminal court in Belllinzona with no date set for the next step in proceedings. “We received the documents relating to prosecution this morning. It is a very thick dossier, and the proceedings will certainly not start before Christmas,” the court’s Marcia Gregori told Czech Position.

The Swiss persistence in trying to get to the bottom of the MUS case is perhaps sobering for their Czech counterparts in the judiciary and police. Czech Police has only reopened their investigations into suspected corruption involving top politicians this May at the prompting of Swiss authorities; they had looked into the dubious dealings surrounding MUS, which later became Czech Coal, for around a decade before closing the case in 2008.

According to reports in May by the Czech daily Mladá fronta Dnes, Swiss questions focused on the MUS privatization in 1999 when Swiss company Investenergy, acting on behalf of Appian Group, brought the state’s remaining 46 percent stake. The company then sent $5 million to a Gibraltar account that Pavel Musela, an arms trader and lobbyist close to former Czech Social Democrat (ČSSD) prime minister Stanislav Gross, had access to. Money was then distributed, allegedly to former Deputy Minister of Industry and Trade Robert Sýkora, and Gross’ adviser Jiří Martinek.

Sýkora contributed to Gross’ spectacular enrichment when he sold the ex-prime minister shares in energy trading company Moravia Energo for Kč 20 million which he soon resold for Kč 100 million.

MUS (now Czech Coal) is the second-largest coal mining company in the Czech Republic. Appian Group acquired a bare majority in MUS in May 1999, two months later buying out the state’s remaining 46.29 percent stake. Antonín Koláček and Luboš Měkota in 2003 went onto become the majority owners of the coal company, each having 40 percent stakes, with managers Vasil Bobela and Petr Pudil having 10 percent each.

In 2008 Koláček and Měkota sold their shares to the two other managers for a reported Kč 11.5 billion. Controversial Czech billionaire Pavel Tykač later proceeded to obtain a majority in the mining company, which is now involved in a fierce fight with state-controlled electricity company ČEZ and a series of local heating companies over long-term coal supplies.