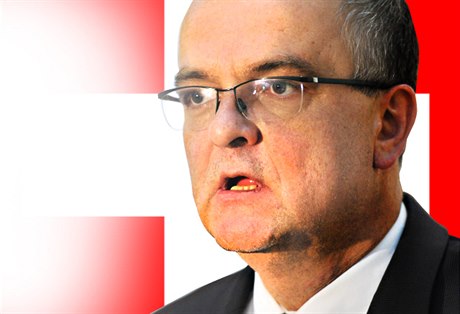 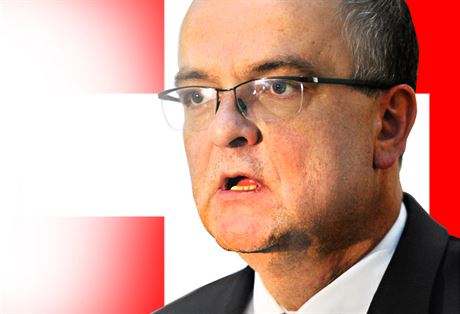 A Swiss court has rejected the Czech Republic’s application to be a party to the ongoing criminal case launched against former managers of formerly state-owned mining company Mostecká uhelná společnost (MUS), since renamed Czech Coal, while criticizing the Czechs for how they dealt with Swiss authorities.

According to a report Friday by the Swiss newspaper Le Temps, the Swiss court (Tribunal Federal Penal) decided on Dec. 19 to reject the Czech application to be party to the case, which involves criminal charges against six Czechs and one Belgian — and has resulted in the freezing of around 600 million Swiss francs in 100 Swiss bank accounts.

Valere Gogniat, the journalist from Le Temps who broke the story, told Czech Position he had been informed of the court’s decision, which has not been made public, by a high-placed source. He added that the Czech Republic will have 10 days to file an appeal after the official decision is published in the next week or so.

The decision of the Swiss court said that “it was inadmissible for the Czech republic to be a plaintiff” in the MUS court case, which is due to take place in 2012.

The Czech Republic waited too long to show its interest in the MUS case — the government had been informed in 2006 by the Swiss Office of the Attorney General [Ministere public de la Confédération, or MPC] of the possibility to be a party to the case — and not, as various Czech authorities have claimed, in late September 2011, the Le Temps article said, citing in part the court decision. Czech authorities adopted ‘a passive attitude that demonstrated a clear bad will’ and for years failed to act in the MUS case.

Le Temps reported that the lawyer representing the Czech Republic in the MUS case had noted the court decision, saying “the situation was being considered,” while adding that no decision on whether to appeal had yet been taken.

The newspaper added that the court had ordered the Czech Republic to pay the 1,000 Swiss francs costs of the application to take part in the MUS case.

The Swiss court refused to comment publicly on Friday. The Czech Ministry of Finance did not reply to initial attempts by Czech Position to get a confirmation of the decision or reaction to the caustic Swiss comments regarding the treatment of their authorities.

The main impact of the Swiss court decision would appear to complicate any hopes from the Czech side to get some of the frozen MUS funds in Swiss accounts, amounting to around Kč 12 billion, in spite of the startling previous apathy towards them. One possibility for the Czech side is to civil proceedings regarding the case.

The Swiss announced in late October that charges were being pressed against former MUS managers alleged to have siphoned off company cash into the Swiss accounts following five years of investigations. The Czechs concerned are likely to be former MUS managers Antonín Koláček, Luboš Měkota, Marek Čmejla, Oldřich Klimecký, Petr Kraus, Jiří Diviš. The Belgian is probably Jacques de Groot, a former top manager with the International Monetary Fund (IMF) and a top member of Swiss-based Appian Group, which went on to own MUS.

The Swiss prosecutor’s office said charges related to money laundering, forgery and fraud believed to have been involved in the illegal takeover of the mining company, now renamed Czech Coal, which culminated in its 1999 acquisition by Swiss energy group Investenergy, believed to have been acting on behalf of Appian Group.

The Swiss action has sparked a war of words and questions in the Czech Republic over why local authorities failed to pursue the MUS case with the same tenacity as the Swiss and why the Swiss investigation was snubbed on the Czech side. Most of the answers seem to suggest either incompetence or a cozy complicity to look the other way over a flawed privatization which involved the country’s leading political parties and figures.

The main Czech opposition party, the left-wing Social Democrats (ČSSD), who were in power at the time when the state sold its last stake in MUS, as well as the previous caretaker government of Josef Tošovský (made up of centrist right-leaning parties) when the state lost control of the company, all appear culpable concerning the cheap loss of the country’s second biggest brown coal miner. The failure to probe those circumstances implicates all the succeeding Czech governments and in particular the current center-right coalition as it failed to answer the increased Swiss calls made in the fall for help and invitations to take part in the pending criminal court case.