Survey: Would Czech judges be pilloried if they had to truly defend their rulings in public?

The jury is out as to whether judges should be obliged to explain and defend their rulings in public, ‘Voice of the Elite’ poll shows 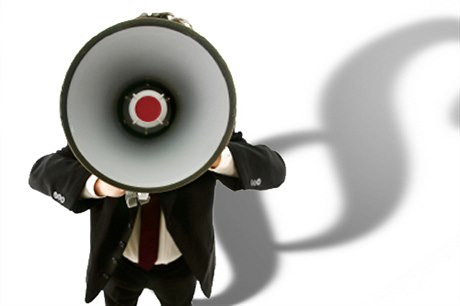 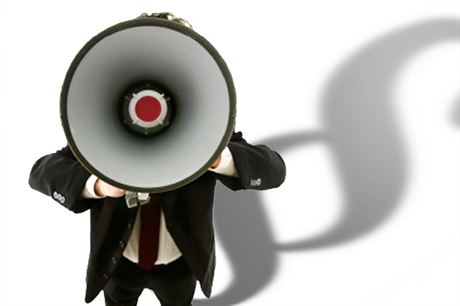 Mea culpa. In our latest Voice of the Elite survey, participated in by 38 lawyers and advocates, a certain confusion reigned for which the team at Czech Position has to take responsibility. Our mistake was this: following the question “Should judges be obliged to publicly explain and defend their rulings?” we should have added the phrase “over and above the framework of their current statutory duties.” Alas, we did not.

Judges must announce and justify their sentences in public, and we assumed that the lawyers and advocates we contacted would know this. However, many did not, and so their answers — which never took the form of a single word (not a single respondent answered simply “yes”, “no”, or “I don’t know”) — were divided into the following four basic categories.

Should judges be obliged to publicly explain and defend their rulings?

The answers given by lawyers and advocates are shown below. We won’t attempt to reach any fundamental conclusions this time round, if only because the respondents’ opinions do not come down on either side in particular.

We begin with a lawyer who said that judges must know how to explain their rulings wherever and whenever:

“Judges who are not able to explain and defend their decisions in public and accept criticism shouldn’t be practising law because law is a discourse, a constant dialogue between participants, the court and the public; it is the search for truth and justice. In the rulings handed down by the courts, especially the supreme courts, the public is being told how to understand the rules of correct conduct. And for this reason if their decisions are to have not only a statutory basis but also legitimacy, they must be explained to the public and they should be discussed and subject to strong if necessary.

Rulings must be respected, but they are not sacred. They are the product of human actions, often mistaken. That’s why I think it is not only admissible but desirable that the judges communicate with the public regarding their decisions, participate in various specialist and non-specialist discussions, accept criticism — and react to it in a dignified and constructive way — and show in this way on a constant basis that they are the right people for the job. Because a judge should not only be an expert in law, but a prudent and courageous person who is not afraid to put their head on the block and defend his or her opinion, even against the majority, if they are convinced it is the right one.”

Other respondents also said they believe this duty should be introduced in certain cases:
“They don’t do it already? You surprise me. It should surely be a duty to justify (defend) a decision. Unless you mean it differently. If you mean it differently, then I think that in certain cases they should genuinely have such an obligation. If they couldn’t meet it then clearly they would be publicly pilloried.”

This respondent agrees, but lays emphasis on where to explain rulings:

“Yes, they should explain their decisions. Though it should be known at what forum and the whole question needs to be formulated correctly. Judges shouldn’t be expected to explain everything to anyone, and then there is the question of whether to formulate it as a duty. In the Czech Republic, communication regarding court rulings is very cagey. In Germany the system works well in that the legal community publicly criticises a specific judge for decisions which are hostile to business (a speciality of Czech courts). It is all played out in the leading economic periodicals. As a result decisions are made smoothly with a starting point on a completely different level.

We also need to accept that there will be specialized senates for employment affairs (a ruling should be handed down within three months in the court of first instance and proceedings resolved quickly), the construction industry, IP and IT disputes, securities and real estate. Other general spheres would then act as umbrellas for all the rest.

It is highly unsatisfactory that a judge with no understanding whatsoever of the principle behind the operations of the construction industry, for instance construction supervision and the technological and technical requirements of a building, reaches decisions regarding construction matters, and each time you have to educate the judge in these topics, if he has the will to learn.”

Another lawyer would leave it up to the individual judge to decide whether to discuss a case in public or defend their work:

“Given that legal proceedings in our country are held in public, judges are of course obliged to justify their decisions in public.

However, in this respect there is another problem, which is how the judges would meet their duties. Namely, whether they would proceed too formally and whether the justification in question would at least attain a necessary level of plausibility.

If you mean that judges should explain and defend their decisions to journalists outside the specialized system of court proceedings, I don’t have a strong opinion, though I would tend to leave it to the discretion of each judge as to whether they wish to actively defend and explain their decisions to the public through the media, or whether they simply make reference to what went on in the court proceedings themselves.”

This respondent finds it difficult to imagine judges defending their decisions in public:

“Yes. Rulings are handed down PUBLICLY and must be JUSTIFIED. The question is formulated in such a way that it would tend to confirm the current state of affairs. I would agree with that. If the question is looking for something else, I would need to be told what (i.e., what form PUBLIC DEFENSE would take – I find it difficult to imagine).”

Though the next five lawyers twice answered “no”, “yes”, and twice “no”, their answers are not so different when they argue that a well-justified ruling is sufficient:

“The text of the ruling itself should be written in such a way that it contains all the basic arguments which led the judge to reach the decision he or she did. After that they don’t have to say or write anything. The written text of the ruling should then be made accessible to the public after the redaction of personal or other confidential information. This is how things should be under valid legislation. It’s simply a matter of adhering to the rules.”

“Judges should explain their rulings in a justification which should be such that no defence or explanation is necessary. However, judges could be the target of criticism from experts for the way they decided and why.”

“I’m sorry, but that question is odd. Every ruling has to be properly justified under the law or else it is open to being overturned.”

“I don’t think this would help matters. Legal proceedings are held in public. That is a basic principle. There’s no reason to explain rulings to the general public. Judicial authority is autonomous, supervision is maintained. It would be another needless burden on the judge.”

“The judge explains his or her ruling in the formal justification. This has to be intelligible not only to the general public but above all to the appeal court, which is the only court with the power to examine, criticise, overturn, change or confirm the ruling. It would be possible maybe to defend a ruling before experts but not before a crowd of laypersons very disposed to be open to manipulation.

If you mean explain and defend a ruling to the general public (which includes the vast majority of journalists), then NO – this wouldn’t be of any use and would only arouse passions depending.”

The next three respondents link an obligation on the part of judges to explain their rulings with potential media or public pressure on them, and disagree with the suggestion:

“Judges should be independent and should base their decisions on legal arguments and not the attempt to create media-friendly rulings which will be easily understood by the general public. There shouldn’t be any media pressure on a judge.”

“Even though in many cases I regard court rulings as problematic to say the least (in several cases at odds with Czech law), it is unacceptable that the public put pressure on judges to decide in a certain way (which is what would clearly happen). More authority needs to be given to the Chief Justice so that he or she can more easily discipline the judges of their courts.”

“In my opinion, the obligation to explain and defend rulings in public would put judges under the pressure of the mob and its simplistic ideas of ‘justice.’ A ruling should be convincingly justified, published anonymously, and in the case of complex proceedings good practice should ensure that a judge is able and willing to appear before the public and summarise a ruling convincingly to the media.

And, finally, a reply from a lawyer who went further in their thinking than Czech Position’s Voice of the Elite survey anticipated:

“None of the variants offered is right! Judges have been explaining their rulings in public for years! Civil and criminal cases and proceedings involving custodianship are held in public, and for years now the rules of civil procedure have obliged a judge to announce and justify their ruling in public! Defend their ruling – so is a judge supposed to overturn or amend his or her own ruling in the light of public discussion? Is this what you have in mind? ”