Protests against Czech gov’t austerity measures has helped to boost support for unions, but it remains low among right-wing voters 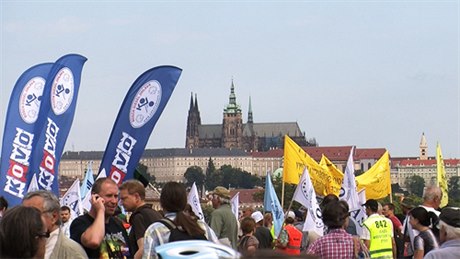 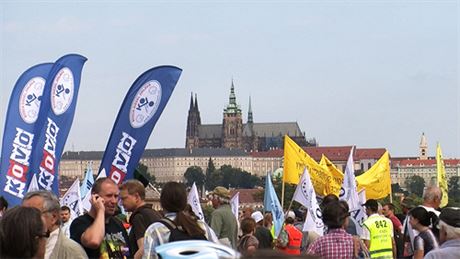 Labor unions in early June had support from half of the Czech population, according to a poll by research agency STEM. The level of support was influenced by respondents’ political orientation, with supporters of left-wing Social Democrats (ČSSD) and largely unreformed Communists (KSČM) more likely to express trust. Unequivocal trust in unions was expressed by only one in 10 respondents, the polls showed.

The poll also asked people about their attitude toward Jaroslav Zavadilov, the head of the Czech-Moravian Confederation of Trade Unions (CMKOS). Some 46 percent expressed confidence, while 54 percent did not, with union members more likely to be in favor of him. Polling took place shortly before the June 16 transit strike to protest government austerity measures.

A majority of poll respondents — 56 percent — said that they doubted that unions behaved in a nonpartisan manner. The 44 percent that disagreed were more likely to be supporters of left-wing parties and union members — the same groups that expressed higher levels of trust in unions. This shows that trust in unions and belief in their political impartiality are related, according to STEM. The rise in support for unions was influenced by the growth in unions’ importance in the protesting gov’t cutbacks and austerity measures.

Analysts also said that the rise in support for unions was influenced by the growth in unions’ importance in the protesting government cutbacks and austerity measures, especially the transport strike that was still pending when the survey was made.

Trust in unions was average for both employed and unemployed people. Retirees were more likely to support unions, with 59 percent in favor. On the other hand, 36 percent of entrepreneurs and people working from trade licenses had confidence in unions. State employees were also more likely to be in favor than workers in the private sector.

Some 63 percent of ČSSD voters and 58 percent of KSČM voters trusted unions. Voters for the right-wing Civic Democrats showed 34 percent support, while TOP 09 was even lover, at 29 percent, according to ČTK’s summary of the STEM poll.