‘Super strategy’? Prudence is in order!

If the Transport Ministry’s objectives are implemented, the state will spend Kč 20 billion a year on PPP projects for decades to come 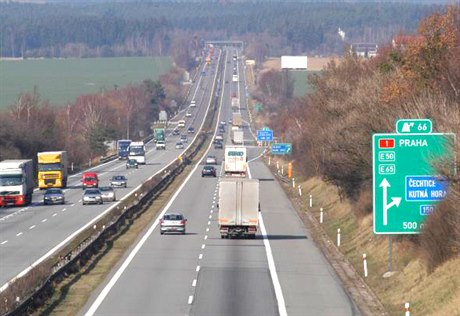 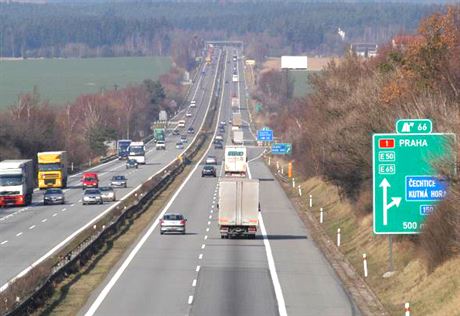 The Ministry of Transport has presented its so-called “super strategy,” which among other things aims to engage the private sector in building the country’s road infrastructure through so-called public-private partnerships (PPPs). Let us have a look whether it is possible to assess the effectiveness of such projects and, if so, what the main weaknesses are of such a solution.

To begin with, I would like to point out that implementing PPP projects is essentially construction on credit. Supplementing inefficient resources in the public sector with private funding constitutes an increase in the debt burden and makes it necessary to repay these investments in the future. I will not dwell on this issue any further but would instead refer you to how such projects are executed and evaluated in other European countries and to the manner in which these projects are reflected in these countries’ calculations of their debt burden.

Every now and then PPP projects experience a renaissance, being presented as a modern method for managing public financial resources. At such occasions PPPs are hailed as a salvation for our public finances, only to be repudiated again at a later stage — usually when it becomes necessary to deal with the legacy of past projects. A sober assessment of the matter is usually lacking, also in an international context.

The Institute of Economic Affairs published a study by Greame Hodge and Cartsten Greve with a title “PPPs: The Passage of Time Permits a Sober Reflection” that calls for a sober assessment of PPP projects. For us, it is of interest that, according to this study, in the course of the past 15 years more than one thousand Long-term Infrastructural Contracts (LTIC) were implemented in Europe totaling €200 billion, with each individual contract being worth €15–28 million.

Assessing the effectiveness of these projects departs from the chosen partnership model. Sometimes concession agreements are used, stipulating a specific stretch of road be constructed at the licensed contractor’s own expense. The licensed contractor subsequently secures the upkeep and operation of that stretch for a period set down in the agreement (usually 30 years). After this period expires the stretch of road is handed back to the state on terms clearly defined in advance. During the agreed concession period the company receives from the state the toll collection proceeds — set in advance by public tender — on that piece of road.

A different concession agreement model, used with regard to specific road sections such as bridges, tunnels, passes or mountain roads, entitles the licensed contractor to cover the costs by levying toll on the given stretch of road directly.

For the sake of completeness I would like to add that tapping into private capital to finance public projects is not only practiced with respect to infrastructural works, something similar is also applied in relation to jointly operated ports, urban planning projects, city agglomeration revitalization, projects involving civic activities and community centers or projects concerning the construction and running of hospitals, prisons and schools.

Irrespective of which model or project type is chosen, the first prerequisite for an assessment is to make an appraisal of the investment and compare it with the conventional approach to construction. If we stick to infrastructural projects, we can use data published by the Road and Motorway Directorate of the Czech Republic (ŘSD) to get an idea of the volumes we are dealing with:

Statistical data suggest that even estimating the costs involving a project conducted in a conventional way is a complicated affair. The accuracy of such estimates is largely dependent on the detail in which a project is drawn up and approved. Every measure of uncertainty in the project invariably leads to the budget being overrun. We have learned that the costs involving the Blanka tunnel project will turn out to be Kč 10 billion higher than originally estimated. Closing a concession contract for a project “drawn up” in such  a manner is totally inconceivable.

But even flawlessly prepared projects are not without their risks. Compiling a risk assessment of a contract that is meant to last for decades is extremely problematic as the risks involved become very high over such an extended period of time and also difficult for the contractual parties to control. With a view to possible technical, financial and political influences, but also taking into account force majeure, exceptionally high expenses are set aside to pay for consultancy services in the legal, organizational, technical and economic fields. Apart from that, also costs involving the control of the pursuance of the agreement throughout the period of its currency should be taken into consideration. In the event such a project goes wrong also legal or arbitration costs may arise.

Adding to the costs of PPPs is also the fact that it is always more expensive for private partners to secure funding than it is for the state to issue bonds.

I am personally not at all convinced by these perceived benefits.

The benefits of such projects are mainly perceived in a higher measure of efficiency of the private sector when it comes to construction costs and the optimization of maintenance and operating expenses. I am personally not at all convinced by these perceived benefits but I concede that a more rapid completion of the construction project and a rapid launch could have a significant effect.

By the way, the mentioned Hodge and Greve study also analyses some important examples of  PPP projects from across the world — some successful, some less so (of course, the outcome of such surveys is significantly influenced by the applied methodology). On top of the already described disadvantages the study also points to problems that can occur if the government forgoes its traditional supervisory role regarding a project and subsequently has to tackle multiple conflicts of interest. Apart from that also examples of successful projects have been mentioned in the study which indeed brought about the desired cost reductions and lead to a more rapid realization.

The following example demonstrates how much the initial estimates of state institutions can differ from the final costs. The Supreme Audit Office (NKÚ) completed this audit regarding funding designated for the construction of a new building for the National Technical Library in Prague 6–Dejvice. In this case it did not concern a typical PPP project. The Ministry of Education lacked sufficient funds from the state budget and therefore in 2004 it proposed the government that it would secure the construction with the assistance of a strategic partner who would co-finance the project through a supplier credit. The strategic partner’s alleged ability to speed up construction so as to ensure that the project would be completed by June 2006 was put forward as the reason for the cooperation. Because of the strategic partner’s involvement the anticipated total costs of the construction project amounting to Kč 1.592 billion had to be readjusted upwards by Kč 217.4 million to a total of Kč 1.81 billion and repayment of the credit, to be settled by 2010, was set to an amount of Kč 300 million a year.

In the course of the realization of the project, however, expenses increased  to Kč 2.378 billion, i.e., an increase of Kč 785.634 million. The expected acceleration of the construction work did not materialize with the project being finalize as late as 2008 and repayment of the credit had to be extended to 2013. What also affected the price level was that the State Technical Library (the predecessor of the National Technical Library) waived its right to check the accuracy of the prices quoted for any of the conducted sub-operations and deliveries or to specify potential savings, as the strategic partner was not under any obligation to substantiate the actual volume of the conducted work and deliveries.

The substantial transgression of the anticipated costs involving the library’s construction led to an increase in the “price per measurement unit of built-up space” economic benchmark to Kč 13,803 per square meter, i.e. about 38 percent more than was originally stated by the ministry in the project documentation. According to statistical data the building’s visit rate during its first year of use (September 2009–September 2010) numbered 286,000 people as opposed to the 900,000 visitors originally anticipated.

I consider it regrettable that the Transport Ministry’s super strategy vanished from the media coverage the moment the general public found out that “not even our road is to be built that soon.” Should the super strategy objectives of the Transport Ministry in effect be implemented, then this would result in the state committing itself to payments on PPP projects amounting to Kč 20 billion a year for decades to come.