As of 2013, individuals will pay a 19 percent tax on gross wages, some exceptions will vanish and lump sum allowances will be added 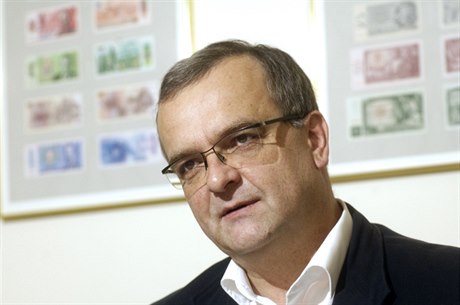 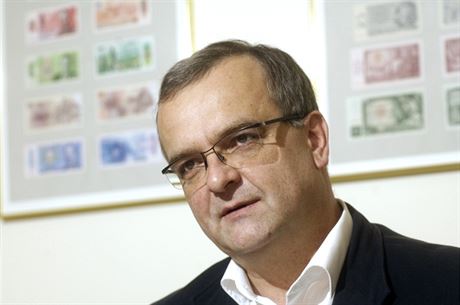 Taxation of individuals based on the so-called “super-gross salary,” which was the cornerstone of former finance minister Vlastimil Tlustý’s economic program before the Civic Democratic Party (ODS) election campaign in 2006, will probably survive only in the history of tax law now that Finance Minister Miroslav Kalousek (TOP 09) has presented his own proposal for reform of taxes and levies.

“Our main goal is to lower administrative costs of taxpayers and of the state. This can be achieved only through a simple and transparent tax system that is stable over time and is without constant changes,” Kalousek outlined his own — and hence also the governing ODS-TOP 09-VV coalition’s — vision.

What can we make out from these words? One of the main changes is the actual amount of income tax for individuals, which is to be 19 instead of the current 15 percent. It will, however, be calculated from gross wages, which is basically the former “super-gross income” minus health and social insurance contributions paid by employers. The rate increase in itself will therefore not mean an automatic rise in total tax payments.

“The proposed changes are not expected to cause significant changes in the overall tax rate for the majority of citizens and companies. We see them rather as the first step towards the simplification and streamlining of the Czech tax system,” Zdeňek Hrdlička, an analyst at PricewaterhouseCoopers (PwC), told Czech Position. According to Tomáš Rozsypal, a tax expert at Deloitte, the current effective tax rate of 20.1 percent is even higher than the newly proposed rate.

The Ministry of Finance managed to maintain the relatively low personal income tax rate by removing several existing exemptions. Instead of those, the so-called “employee lump sum allowance” of Kč 3,000 will be introduced, which will cover for example the cost of transportation to work, catering and clothing. “It is a little bit like back in the early 90’s, when the tax base was reduced by transportation costs,” Rozsypal from Deloitte said.

“The ‘employee lump sum allowance’ is a conceptual system improvement. It will replace the system of meal vouchers and travel passes for transportation employees, so that all employees without distinction will be able to claim the benefits,” says Hrdlička

Support for mortgages to be limited

Support for mortgages will continue to a limited extent. People will be able to deduct paid interest from the tax base, but not in a total of Kč 300,000 as before, but only Kč 150,000, and only for existing contracts and for contracts signed by Dec. 31, 2011. “From an economic point of view it is a positive change, which reduces the tax preference for debt, thereby contributing to an increase in savings rate in the economy,” says Hrdlička, according to whom it also reduces the risk of bubbles in the real estate market. State premiums to housing saving schemes will remain at a maximum of Kč 2,000.

The rate of social insurance for employees remains at 6.5 percent and the rate of health insurance will increase by two percentage points to 6.5 percent as well. The ceiling for the payment is equal to four times, that is to say six times the average wage. “The maintaining of the ceiling, together with securing an adequate level of solidarity in the field of public insurance is in itself pleasing news for high-income groups of workers,” Rozsypal said.

Jan Linhart of KPMG pointed out, however, that the biggest weakness of the Czech tax system remains unchanged - a relatively high labour taxation. And that is true even if a partial improvement occurs. Corporate income tax rate will stay at 19 percent and employers will now pay the payroll tax, amounting to 32.5 percent, instead of paying insurance for their employees. Insurance payments currently total 34 percent.

The proposed parameters will disadvantage companies that employ top professionals. The new method of determining ceiling on deductions from wages will, according to Linhart, cover only the portion of the insurance premium which is paid by the employee, and thus it will effectively increase the taxation of these workers. The payroll tax ceiling is to be at four times the average salary multiplied by the number of workers.

Taxation will change for entrepreneurs (OSVČ), where the base for insurance premiums will be one hundred percent of gross profit. The minimum rate of social and health insurance premiums will be 6.5 percent, the same as the rate for employees. The amount of social security benefits to which entrepreneurs will be entitled will depend on the amount of their contributions. Lump sum expenses will remain at 40, 60 and 80 percent, but the compulsory VAT registration threshold will be reduced from one million annual turnover to Kč 750,000. The tax rate will also be 19 percent for the self-employed but they will be exempt from payroll tax. Kalousek said the new system is advantageous for traditional craftsmen, but less so for consultants or lawyers.

Limits on tax deductibility of charitable contributions will also be changed, going up from the current ten percent to 15 for individuals. For companies there will be a unification at ten percent of the tax base. Minister Kalousek estimated that this will reduce the state budget by about 1 Kč billion, while the non-profit sector stands to gain five billion.

The new system is to come into effect on Jan. 1, 2013, so as to allow the tax administration and taxpayers to prepare for the new legislation. One exception is tax on lotteries, which Kalousek wants to introduce a year earlier. He estimated the annual income from the lottery tax at Kč 7 billion.

The whole reform is associated with the operation of a single collection point, where the taxpayer will be able to settle all tax obligations, which are currently administered by five different tax offices.

Impacts of changes on public budgets

in billions of Czech crowns (not including VAT)