Recent political crises have also taken a toll on the standing of President Václav Klaus; most responents to a recent poll don’t trust in him 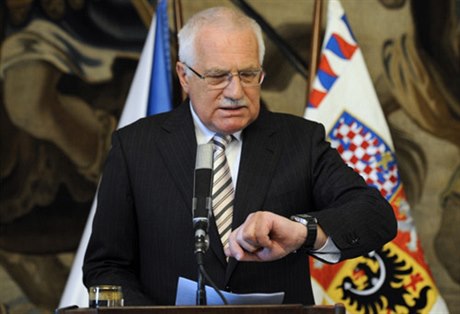 President Klaus has called a time-out on debate over which ministers’ heads should roll foto: © ČTK, Česká pozice 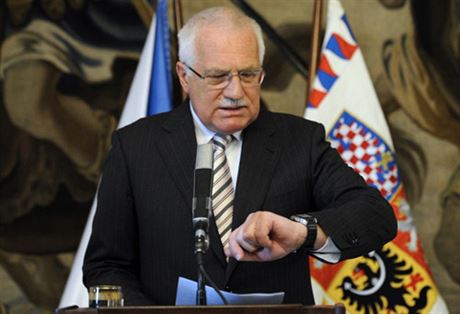 Trust in Václav Klaus as Czech president has hit an all-time low, with less than half of people — 47 percent — polled by opinion agency STEM supporting him. Only 11 percent said “yes” and 36 percent said “rather yes” when asked if they had confidence in the Klaus, who has held the office of president since March 2003. Some 20 percent — or one out of five respondents — said “no” and 33 percent said “rather no.” Polling took place March 2–9 with 1,219 Czech citizens over 18 years old.

Half (50 percent) of respondents said Klaus exercised his influence to during the recent government crisis to bargain for the best solution. But some 47 percent said he complicated and worsened the situation by adding delays and conditions. A similar poll by the Center for Analysis and Empirical Studies (SANEP) released at the end of April also saw Klaus with less than a majority of people expressing confidence.

Klaus’ standing had recently been much higher. In a STEM poll released Dec. 15, 2010, some 19 percent said they trusted Klaus, and 44 percent said they rather trusted him, adding up to 63 percent. In October 2009, the total expressing trust stood at 61 percent.

The May 2011 STEM survey also found that the top three most popular politicians are all Social Democrats (ČSSD). ČSSD chairman Bohuslav Sobotka, led with 56 percent either strongly or moderately approving. Senator and ČSSD deputy chairman Jiří Dienstbier was second with 54 percent, and South Moravian Governor and MP Michal Hašek (ČSSD) was third with 52 percent.