The long-talked about Star Wars TV series will be a power and crime story similar to ‘The Godfather,’ largely shot in the Czech Republic 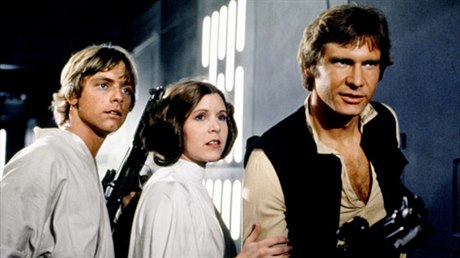 The Star Wars TV series will take place before the events of the fourth episode, but won't feature a young Luke Skywalker foto: © Lucasfilm, Česká pozice 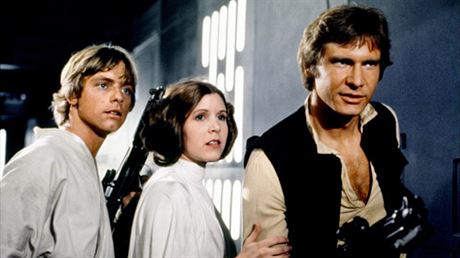 If and when the Star Wars TV series is made, a large part of it will be shot in the Czech Republic, according to producer Rick McCallum, who has worked with filmmaker George Lucas since “The Young Indiana Jones Chronicles” television series in the early 1990s, which was also partly shot in Prague, and who produced three Star Wars films.

When asked if the Czech capital was in the running for the new series, McCallum said: “Oh, absolutely. This would be one of the primary places because of the talent.” He went on the praise the quality of Czech film crews, who he says are much more efficient than those in other countries in Europe.

The Indiana Jones TV series isn’t his only experience with Czech film crews. Lucasfilm just finished production on “Red Tails,” a $30 million World War II film about African-American pilots — the Tuskegee Airmen — that will be released to coincide with Martin Luther King Day (Jan. 16) in 2012. Most of that film was shot in the Czech Republic and with a local crew.

“The TV series is on hold, but that has nothing to do with the Czech Republic; it has to do with [the episodes being] so ambitious,” McCallum told Czech Position. “We have 50 hours of third-draft scripts, but the problem we have is there is a lot of digital animation; we don’t have the technology yet to be able to do them at a price that is safe for television. Since we would be financing them, it would be suicide for us to do this [now]. So we are going to wait three or four years,” he said.

But in the meantime there are factors that may derail the project. “Network television and cable television as we know it are completely imploding, so we’re not really sure that in five years’ time we can release a dramatic one-hour episode because it is all reality TV now,” he added.

McCallum did reveal some of the basic storyline in the finished scripts. “It takes place between episodes three and four, when Luke Skywalker was growing up as a teenager, but it has nothing to do with Luke,” he said, adding that there is no young Luke Skywalker in any of the episodes. Episode three, “Revenge of the Sith” covers the time up until Luke’s birth. Episode four — the original “Star Wars” released in 1977, later called “A New Hope”— finds Luke at the start of his involvement with the Rebel Alliance.

For fans who want something in the meantime, McCallum also gave some details about the upcoming 3D versions of the existing Star Wars films. “We’re doing 3D versions of all six films, one a year, starting in February of next year. We start with [episode] one and go all the way through six, totally chronological,” he said. But the first one is a somewhat of a test. “One a year, if they work. If they don’t, then there will be just one [episode converted to 3D].”

While McCallum produced the three Star Wars films made between 1999 and 2005, he said his favorite in the series was “The Empire Strikes Back,” made in 1980.

Film
Vstoupit do diskuse (1)
Registrace: smskou dopisem
monsterofmud "For fans who want something in the meantime..." Or how about the phenomenal... 17:10 10.6.2011