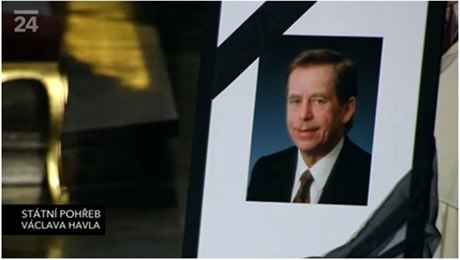 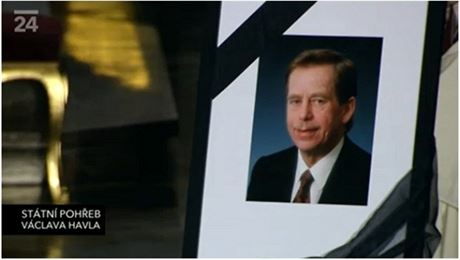 Two Czech organizations closely linked with former president Václav Havel, who died at the age of 75 this past December, say they should be able to work out who should take the lead in preparing an international human rights prize in his memory over the next month.

This declaration from the executive director of the Charter 77 Foundation, Božena Jirků, follows apparent rifts over which organization should play the main role in setting up the prestigious prize honoring the former Czech and Czechoslovak president, anti-communist dissident, playwright and champion of human rights.

The foundation’s founder, František Janouch, had in late December proposed establishing such a prize in Havel’s name to ensure that his contribution to the Charter 77 movement was not forgotten. The movement had criticized the Czechoslovak government for failing to implement human rights provisions of the country’s Constitution, and a number of international treaties to which it was a signatory — including United Nations covenants on political, civil, economic, and cultural rights.

Charter 77 or the Library?

Misgivings about the claims of the Václav Havel Library to fill the role of lead organization and backing for the foundation surfaced this week in the Czech daily Lidové noviny (LN), a paper generally taken to be the preferred reading of the Czech intellectual and artistic elite.

Václav Havel Library director Martin Palouš — among the first Charter 77 signatories and a former Czech ambassador to both the United States and United Nations — waded in on Friday with an opinion piece in the daily, claiming to have taken the lead in preparing the path for an international prize immediately after Havel’s death and registering the prize with the appropriate authorities. ‘You should not talk about a fight over this. I am sure we can find agreement ...’

Palouš said that his idea was for five organizations linked with Havel — the library; the Charter 77 Foundation; two groups the late president founded (Vize 97 foundation and Forum 2000); and the human rights group People in Need — would cooperate over setting up the prize.

Charter 77 Foundation’s executive director told Czech Position that there was no agreement at the moment on who should take the lead over the prize preparations. That, she added, should be sorted out at a meeting of all concerned in mid-March.

“You should not talk about a fight over this. I am sure we can find agreement at that meeting,” Jirků said, adding that pettiness over the question was inappropriate. She pointed out, though, that the foundation had a pedigree in the field, being the organizer of the annual Jaroslav Seifert and Tom Stoppard literary prizes and the Josef Vavroušek environmental prize.

Palouš also expressed confidence that an agreement could be reached. “The question of human rights and their protection in this post-European world will, in any case, be at the center of our efforts, and in this connection we are prepared to work with whatever appropriate institutions in the Czech Republic and abroad,” he wrote in Friday’s LN.

He added that Havel himself had frequently expressed the wish that the library in cooperation with other institutions would handle the arrangements for the prize when the right time came for that.

The library has had a mixed press in the past, as Palouš admits, partly stemming from opposition from conservationists to its current controversial plans to transform an historic building near Prague Castle into a new center for the library and its cultural activities.

One of the library’s main backers is the billionaire Czech businessman Zděnek Bakala, a major shareholder in the London-listed Central European mining company New World Resources (NWR). He has been accused of failing to honor promises to sell mining company flats to tenants after he took control of the formerly state-controlled mining company OKD. Instead, the flats, mostly sited in and around the eastern industrial city of Ostrava, were eventually sold off to the company of the country’s biggest private landlord.

Bakala was also the main backer of the film version of Havel’s play “Leaving,” which has now been nominated for a series of awards in the Czech’s Republic’s main film awards in spite of the fact that the Havel-directed film was a box office flop.

Havel was an outspoken advocate of human rights as president of the former Czechoslovakia and later the independent Czech Republic, contininuing his crusade against oppression when he stepped down as head of state. He was a frequent critic of the world superpowers Russia and China for their right record and frequently chided western democracies for not doing more to stress human rights in these countries.

Jailed for leading oppositin to the former Czechoslovak communist regime, Havel said he felt it his moral obligation to support others suffering or threatened with the same treatment.