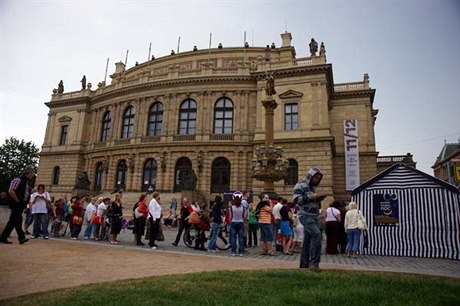 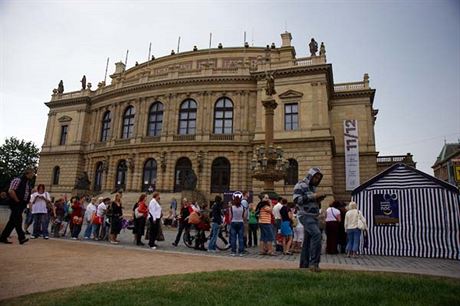 One event that has grown massively since its introduction is Prague Museum Night. Every year, museums across Prague open their doors for free (or almost free), and buses run special routes to ferry the culture curious around.

“The first Prague Museum Night was organized in 2004. It was inspired by similar events in big European cities such as Lange Nacht der Museen in Berlin,” Ivana Havlíková, the coordinator of Museum Night (Pražská muzejní noc ), told Czech Position.

“Visitors find it very attractive to visit museums at night. It is a rare event. In addition, there are … rich cultural and educational program in museums. The atmosphere of event is unusual and magical, and is created by the visitors of the Prague Museum Night themselves. The whole city is alive during Prague Museum Night,” he added.

This year’s edition starts at 7 p.m. on June 9. The central point — where all buses meet and information is available — is in front of the Rudolfinum, at náměstí Jana Palacha. The closest to the main staging area is Museum of Decorative Arts, which is worth a quick peak while changing buses. It tends to get very crowded at times though, especially by the entry way. The Czech Philharmonic will be performing a series of short concerts in the Rudolfinum as well.

New kids on the block

The venues change each year. “This year, there are 39 institutions opening 65 sites to visitors. Among the new ones there are AMoYA – Museum of Young Art, MeetFactory, the House of National Minorities, Prague Botanic Garden (Greenhouse Fata Morgana), the Old Town Bridge Tower and the Waldstein Riding School” Havlíková noted.

As for what special programs are of most interest, Havlíková was reluctant to make a choice. “It is very difficult to point out the most interesting. It depends on the interest of any visitor,” she said. Some people might prefer to play with the (unloaded) historical weapons at the the Army Museum Žižkov, while others might like to watch sheep being sheered at the National Museum of Agriculture Prague. Renaissance dances and cello music can be experienced at the Gallery of Academy of performing Arts in Prague, while a MeetFactory sports a DJ lounge, meetings with resident artists and tips on urban recycling.

The Museum and Archive of Popular Music will have the retro rock band Shower play three different sets ranging from music of the 1950s up to the 1960s and rare footage tracing the history of dance and popular music from swing to techno. More music is a the The Museum of Czech Literature’s venue at t.he Hvězda Summer Pavilion, with the band DekadentFabrik, led by artist David Cajthaml.

For those with a desire for some exploring, at Vyšehrad, you can catch a tour inside the giant brick walls all the way to the Gorlice, a large space that holds some of the original statues from the Charles Bridge. Those looking for a bit of splashy special effects can repair to the National Technical Library, which has a laser show on its facade and several multimedia programs.

“We recommend that you prepare your visit in advance,” she said. The special programs are often limited in time, and hoping to just stumble onto ones that you want to see is a poor strategy. She urges visitors to use the event website, which has built in planning applications called “My Museum” and “My Night” that help to organize the trip.

The most popular venues are also the ones with the longest lines. “Among the most popular are the National Museum buildings, The Aviation Museum Kbely, buildings of the National Gallery in Prague, the Jewish Museum in Prague, Museum of Decorative Arts in Prague [and] the Czech Police Museum etc. Last year, the National Technical Museum, which opened for visitors after reconstruction, was among the most visited sites,” she said. Note that Jewish sites don’t open until after 10:30 p.m. since the event is on a Saturday.

There are a few hidden gems as well. “I would point out, for example, Trmalova vila in Strašnice, MeetFactory, the Hvězda Summer Pavilion and the Postal Museum,” she said. These have the advantage of being a bit off the beaten path, so while getting there takes a bit longer there is seldom a line and visitors can take their time exploring the sites.