The ‘green bonus’ for biomethane could mean costlier natural gas, and, paradoxically, lead to environmental degradation 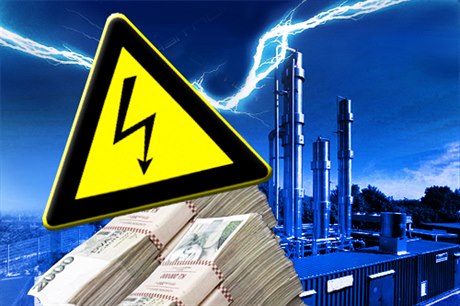 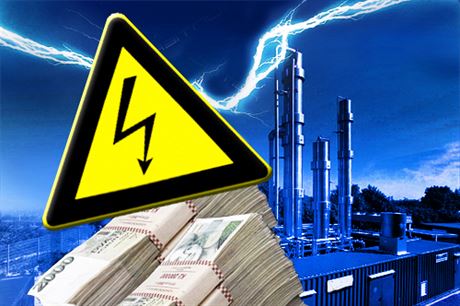 Just as the previous Czech government gambled (and lost) on solar subsidies, the Cabinet of Prime Minister Petr Nečas (Civic Democrats, ODS) is pressing ahead to secure a green future regardless of the cost (in more ways than one).

The solar boom brought speculators enormous profits (and when it ended, the threat of major lawsuits) at the expense of consumers and businesses alike. Subsidies for photovoltaic power will cost the Czech taxpayer Kč 26 billion next year alone — and “only” some Kč 15 billion for biomethane, according to an educated guess. That will translate into higher natural gas prices and will in fact be harmful to the environment, which is why the Energy Regulatory Office (ERÚ) has sharply opposed it.

The idea did not come from Czech farmers looking for another subsidy but rather from the government, which of course was pushed by those looking to capitalize on the biogas business. (It’s not yet clear which groups are behind the measure.)

What is clear is that Martin Kocourek (ODS) — as of Monday, the ex- industry and trade minister thanks to his dodgy Kč 16 million deal with Key Investments, ostensibly to hide assets from his now ex-wife — and his ideological opposite Milan Urban (Social Democrats, ČSSD) found common ground this October to support draft legislation on subsidizing energy sources.

Kocourek and Urban proposed giving a “green bonus” for biogas of up to Kč 4,000 per MWh, or four times more than the current price of natural gas on the Czech market, the price of which could rise by 10 percent as a result. The lower house of Parliament (Chamber of Deputies) approved the legislation last week. (It’s possible that a number of tacked-on amendments, or riders, will be revised to some extent.)

Methane is essentially natural gas. Biomethane comes from a purification of biogas, a process that is currently technologically and financially very demanding. Without support from the state, it’s a losing prospect. The government bill therefore counts on subsidizing the process, as well as its supply to the Czech gas network.

Alena Vitásková had said shortly after being named head of the ERÚ in August that her priorities would be to push for the lifting of decades-old coal-mining limits and for strict rules for the many biogas and biomass power plants in order to prevent another costly boom like the one the solar sector experienced.

“Concerning the introduction of proposals to introduce operational support for the production of biomethane, the Energy Regulatory Office considers it to be very risky in light of possible declines in the price of transit and distribution of natural gas and does not support their introduction,” she said.

As for the proposed green bonus of Kč 4,000 per MWh, Vitásková said: “If the measure is approved, one can expect that the ERÚ will set the green bonus for biomethane at a maximum of one percent of the average price of natural gas on the Czech market.”

The ERÚ argues that while the current system of support for the production of electricity in biogas plants mainly aims to motivate farmers to make use of the heat from waste at or near the biogas plant, thereby creating new business and employment opportunities, the government proposal has no such element to it.

“The newly proposed system for support of biomethane creates space for the entry of new players, purely developers, who will choose a location based solely on the criterion of where it can connect to high-pressure gas pipelines,” the ERÚ said. “With regard to adequate distribution capacity in these networks, they will evidently be amenable to all requests for connections. As a result, as was the case with photovoltaics, the development of the sector would be practically out of control.”

The massive support of biomethane through a green bonus will undermine the competitive position of natural gas in relation to far-less environmentally friendly fossil fuels, Vitásková said, adding that she does not understand why such a high level of support was proposed when potential investors say that the threshold for profitability for biomethane ventures is at Kč 2,000 per MWh.

How Nečas sees it

The largest natural gas company in the Czech Republic, German-owned RWE, is also naturally opposed to the measure.

“The amount is four times higher than the current price of natural gas. At an estimated production of biomethane of 5 TWh per year, financial support for its production would amount to more than Kč 15 billion annually, and lead to a 10 percent increase in natural gas prices,” RWE spokesman Martin Chalupský told Czech Position, adding that, paradoxically, that could lead to greater use of less-clean energy sources and harm the environment.

Given the aforementioned opinions of the ERÚ and industry insiders, Czech Position asked Prime Minister Petr Nečas to explain his opinion on the green bonus. He responded via his spokesman, Jan Osúch.

A: Introducing biomethane into the gas system is a way to effectively exploit the potential of biomass in the Czech Republic. On the technical level, there are similar complications with the connection as in the case of producers of electricity where in some regions of the country the capacity of transfer networks is already completely full. Production of biomethane is also effective in terms of disposing of biomass in the Czech Republic – in the production of biomethane per unit of power consumes less biomass than during the production of electricity. Finally, support for introducing biomethane into the gas system will not affect the price of electricity.

Q: Is the prime minister concerned that due to this support it could be difficult to prevent a situation akin to the solar boom?

A: One of the main objective in preparing the new legislation to support new sources of energy was in fact to create mechanisms that would prevent similar subsidy bubbles as came with photovoltaics. The new law therefore provides a flexible and efficient tool so that it can prevent similar problems and solve them in time.”