Since Agrofert boss Andrej Babiš spoke out about corruption earlier in the week, there has been much speculation about his motives 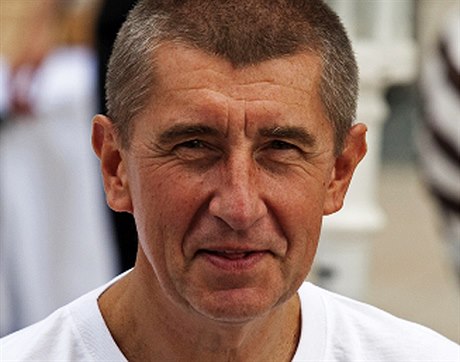 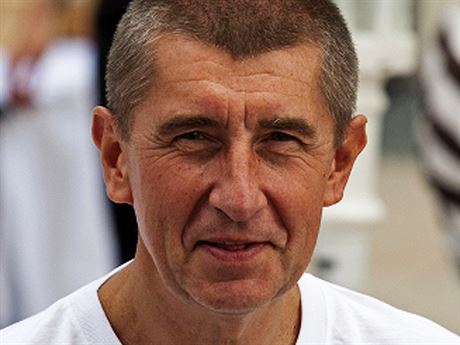 In an interview with business daily Hospodářské noviny this week, Agrofert boss and founder Andrej Babiš declared that corruption in the Czech Republic had surpassed “all bearable limits” — and went on to name specific individuals, even implicating President Václav Klaus’ underlings at Prague Castle. Why is the billionaire speaking out only now? Some say he plans to enter politics on an anti-corruption ticket despite his denials.

Babiš told Hospodářské noviny that after Topolánek became prime minister in 2006, the amount of money involved in individual corruption cases went from hundreds of millions of crowns to billions and the level of collusion became unprecedented. He also criticized Czech President Václav Klaus for ignoring or downplaying the gravity of the problem. “Klaus doesn’t differentiate between clean and dirty money,” Babiš told the paper, adding that the country lacks a moral authority.

Counterattack from the Castle

With Klaus in the US for several speaking engagements at right-wing think tanks prior to the General Assembly of the United ‘They are disgusting accusations for which that man doesn’t have any substantiation’Nations, one of the president’s advisors, former journalist and pub rocker Ladislav Jakl, was quick to counterattack.

“They are disgusting accusations for which that man doesn’t have any substantiation. ... Only once in the 20-year history of Czech democracy has the lower house of parliament been recalled one day before elections after being dissolved in order to override a presidential veto of a law from which many men like him make big profits. If I were in his shoes, I would keep quiet about that theme for another 600 years,” Jakl told Czech Radio, referring to an amendment on biofuels, an important segment of Babiš’ business.

On Tuesday evening Babiš was interviewed on the program Hyde Park on ČT 24 in which he repeated his assertion that he has no personal political plans or ambitions, but that he would be willing to employ his organizational skills to assist a civic initiative with the aim of fighting corruption and changing the culture of Czech politics.

In that interview Babiš offered further shocking estimates of corruption: He said that he had made a rough count and calculated that corruption had cost the Czech Republic at least Kč 2,000 billion over the past 20 years. He also slammed the policy of subsidizing solar power: “It will cost us Kč 660 billion over 20 years. It’s crazy,” he said.

Answering a viewer’s question, Babiš stated he had never been an agent of the communist era Czechoslovak secret police, the StB, as has long been rumoured. “I was a member of the Communist Party of Czechoslovakia (KSČ) just as 1.6 million other [Czechoslovak citizens] were. I wasn’t a revolutionary like [Václav] Havel. ... I apologise … but I wasn’t an StB agent.”

Babiš claimed many others know about the level of corruption but are afraid to speak out. “We keep our traps shut like under the Communists,” he said, adding that other businessmen are undoubtedly afraid that they could be victimized should they speak out.

In an opinion piece in the daily Mladá fronta dnes (MfD) on Wednesday, journalist Martin Komárek said Babiš’ hands are “at least as dirty” as those of Dalík, Řebíček, Janoušek, Bém and co. and went on to infer that Babiš’ aim is to discredit the center-right coalition government (ODS-TOP 09-VV) because of policies that have harmed his business. Further he says that Babiš backed the main opposition Social Democrats (ČSSD) when the party was led by Stanislav Gross.

The server prvnizpravy.cz has quoted a source saying Babiš, despite his claims to the contrary, has definite political ambitions: Unprecedented engagement with the media over the past week suggests his aim is more than to just vent his frustration about the current state of affairs in the country.“According to information from a person close to Babiš’ business empire who wishes to remain anonymous, Babiš has plans to enter top-level politics. And his ambitions include not just an MP’s seat, but the highest position — the prime ministerial post,” the server said, adding that he could establish a new agrarian party to achieve his aim.

Prvnizpravy.cz says other influential businessmen could join Babiš’ political initiative and names Jiří Šimáně, the owner of the Unimex group and founder of the charter airline Travel Service, as a potential political ally.

In the past week, Babiš has also given an online interview to MfD, and on Friday evening he is due to appear on Jan Kraus’ popular talk show “Uvolněte se, prosím” (Loosen up, please). Incidentally, in March this year Kraus, together with brewery owner Stanislav Bernard and mathematician and businessman Karel Janeček, founded the National Charity for the Fight against Corruption (NFPK).

Despite having lived in the Czech Republic for some 20 years, 57-year-old Slovak native Babiš still speaks Czech heavily interspersed with his mother tongue, and this fact alone could serve as major handicap against any personal political ambitions he may be entertaining. Nevertheless, his unprecedented engagement with the media over the past week suggests that his aim is more than to just vent his frustration about the current state of affairs in the country.

Babiš’ Agrofert group last year made a profit Kč 6 billion and is the largest private sector employer in the Czech Republic country. He is ranked as the third-richest Czech citizen, behind PPF Group’s Petr Kellner and NWR’s Zdeněk Bakala.