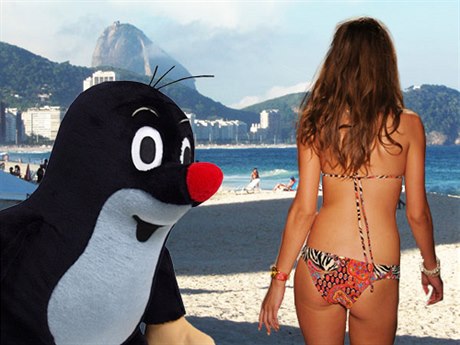 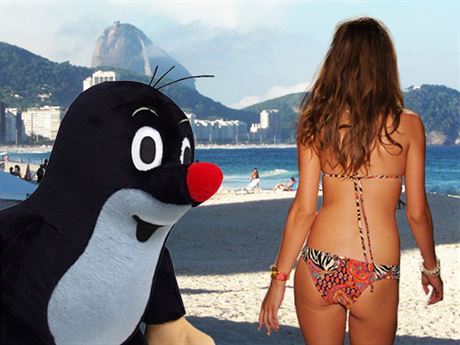 Krtek or “Little mole,” who has been a regular on early evening slots on Czech television for over 50 years, could appear on Brazilian TV next year, the Czech-Brazilian Chamber of Commerce has said. Krtek’s recent ride on the US space shuttle Endeavour has helped raise the profile of the animated character globally, opening lucrative new markets for TV rights and merchandise.

“By the end of this year, we could conclude contracts with several television channels,” vice-president of the Czech-Brazilian Chamber of Commerce, Ticiano Costa Jordao, told the daily Hospodářské noviny (HN). “We’ve had very positive reactions to Krtek,” he added.

Krtek, whose creator Zdeněk Miler turned 90 earlier this year, first appeared on Czechoslovak television in 1957 and has enjoyed global success thanks in part to the fact that he speaks very few decipherable words, thus eliminating the need for translation.

The Czech-Brazilian Chamber of Commerce began promoting Krtek in Brazil following an agreement with the company that holds Krtek’s ride on the penultimate NASA space shuttle mission served to boost interest abroad in the fluffy children’s icon. the rights to the cartoons and copyright, Země pohadek (Land of Fairy Tales), and Miler’s business representative, Milena Fischerová. Jordao of the chamber of commerce says plans are being drawn up to market merchandize. “In Brazil we have already begun to promote associated products. It’s an advantage that he doesn’t speak; therefore, we don’t have to deal with difficult translations into Portuguese,” Jordao told HN.

“The character can be understood everywhere. Children the world over understand him, and it’s easy to tell between good and evil in the cartons,” Země pohadek manager Pavel Karoch said, explaining Krtek’s international appeal.

Shortly after first appearing in then Czechoslovakia, Krtek became very popular in many former Warsaw Pact countries and later also in Germany, Austria, Finland, and France, and further afield in China and India.

It appears, however, that Krtek’s ride on the penultimate NASA space shuttle mission in May 2011, as a mascot taken by US astronaut Andrew Feustel, whose mother-in-law is from the Czech Republic, has served to boost international interest in the fluffy children’s icon. According to HN, Miler now receives dozens of requests from around the world for use of broadcasting and trademark rights every month.

The owners of the rights to Krtek are nevertheless keeping tight lipped about the money generated by the character’s recent new wave of popularity. “Earnings differ according to what degree the serial is established and the level of marketing in a given country,” Karoch said.

Ticiano Costa Jordao says that if Krtek proves to be a success in Brazil, the chamber of commerce will then attempt to market the serial and merchandize in other South American countries.