South Bohemia preparing to cash in on river tourism 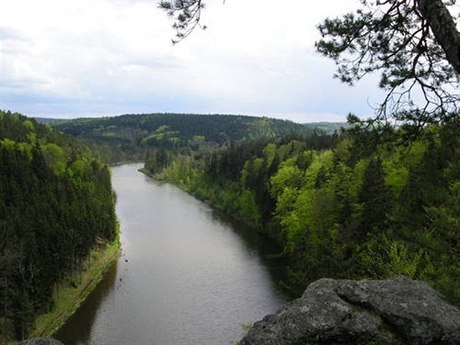 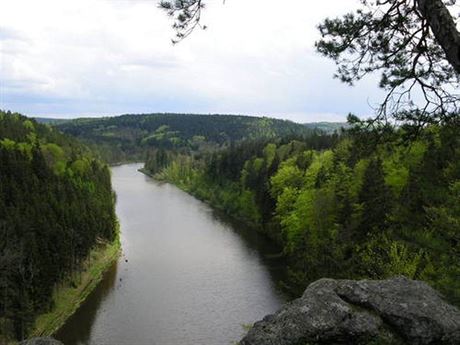 Leisure craft will be able to navigate a 100 kilometer stretch of the Vltava River from the Orlík dam all the way upstream to the capital of South Bohemia Český Budějovice, thanks to a project being implemented by the Czech Waterways Administration (ŘVC). The authority expects the navigable stretch of the Vltava to attract around 200,000 tourists a year.

The project to open the Vltava River to leisure craft includes plans to build a marina in the village of Hluboká nad Vltavou just to the north of Český Budějovice at a cost of around Kč 170 million. With berths for 73 craft, the marina will be the largest in the Czech Republic. Work on the marina is due to commence in June and should be completed in the spring of 2014, the daily E15 reported Thursday.

“Upon completion of the Vltava navigation channels we expect over 200,000 people a year to take advantage of the river. It will be a huge impetus to the South Bohemia region as regards tourism,” ŘVC director Jan Skalický told E15. Skalický says the estimate of tourist numbers is based on visitation to the Baťa Canal in Moravia which attracts around 60,000 people a year.

In addition to starting the construction of the marina, this year plans are in place to build a lock in Hluboká, which will open navigation from Český Budějovice to the dam in Hněvkovice, roughly 20 kilometers downstream from Hluboká.

Future plans also include a small marina in the village of Purkarec, between Hluboká and Hněvkovice.  Senator, and Mayor of Hluboká Tomáš Jirsa (Civic Democrats, ODS) says the reservoir above the Hněvkovice dam is still hardly known to tourists but expects that to change soon.

“A lot of people don’t know the Hněvkovice reservoir exists because it was not possible to get there by water or even along the shore. I’m sure that in a couple of years it will be a much sought leisure area,” Jirsa said adding that even now many businesses are being set up to cater for river tourists. “It’s a completely new industry here [in the Czech Republic]. Take a look at France or the Netherlands where whole regions live from the waterways and the traffic on them,” Jirsa explained.

The ŘVC, which falls under the jurisidiction of the Ministry of Transport, is counting on half of the Kč 1.6 billion project to open navigation on the Vltava being drawn from EU structural funds.