Sound of the cutting edge 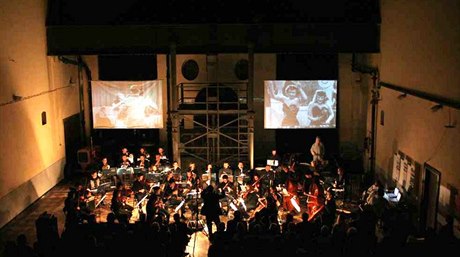 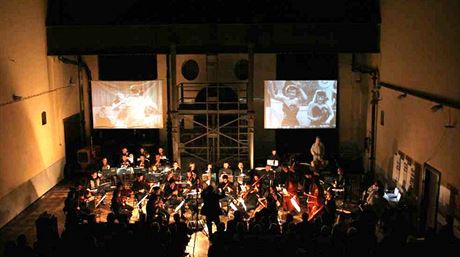 What is referred to as modern music has never had an easy time in the Czech Republic. From Leoš Janáček’s interminable wait to see one of his operas performed on a Czech stage, to the harsh, reactionary protest against the 1926 Prague premiere of Alban Berg’s “Wozzeck,” the country’s musical center has been reluctant to embrace current musical trends.

The Berg Orchestra and its artistic director, Peter Vrábel, have made it their goal to bring contemporary music to Prague audiences as well as to support the ongoing work of Czech composers. Through the recently awarded Nuberg prize for Czech composers as well the upcoming concert series Timing, which takes place May 9–11 at the New Stage of the National Theater, the orchestra is providing an accessible forum for new trends in what Czechs call “serious” (seriózní) music.

“The Berg Orchestra is here to perform 20th century and contemporary music, and to promote it in a way that is attractive, fun, sexy for ordinary people and not only for specialists,” Vrábel told Czech Position.

The Berg Orchestra began as a group of likeminded music students in the mid 1990s and officially became an orchestra in 2001.While their early concerts offered a strategic blend of old and new music to make less-known 20th century works more palatable to audiences, the orchestra now devotes itself almost exclusively to modern music.

“We are actually getting more and more contemporary as we go along,” Vrábel said.

One exception to the contemporary trend was a concert the orchestra played at thedowntown Prague night club Roxy that included a work by Beethoven among its modern repertoire. “That was for the interesting contrast, that you can listen to a Beethoven symphony with a beer in your hand in a club atmosphere.”

The Nuberg competition, now in its fourth year, selects winners from among the newly composed work commissioned by the orchestra for the previous year. Given the short lifespan of individual concerts, it is another means of providing young composers with valuable and generally hard-to-find exposure.

The competition gives out two awards. The first is the juried Nuberg prize, awarded this year to Slavomír Hořínka for his “Lacrimosa” for baroque violin, koto, tam-tam, and strings. The jury was composed of notable figures from the world of international contemporary music, including Russian-born pianist-composer Lera Auerbach, and Chinese composers Chen Yi and Qigang Chen, among others.

According to Vrábel, the jury is composed entirely of figures from outside the Czech Republic, and not only for the objectivity they provide. “It’s also for the young composers to have some feedback from the international music scene,” he said, adding that this feedback extends to the orchestra involved in the recording as well.

The other award is the audience choice, which Vít Zouhar won for “Pinnas columbae,” a work for countertenor, cimbalom and chamber orchestra. People were able to listen to the pieces on the orchestra’s website and vote for their favorite. The two pieces were then performed together in a special concert.

From his broad experience of listening to and conducting contemporary music, Vrábel said he feels that Czech composers are playing a role in the international scene, though gaining wider exposure remains a challenge.

“The young generation compares well with the European top, and the feedback we have from international composers tells us we’re right,” he said. The ability for the current generation of students to study abroad is important not only for their own development but for their ability to find platforms to have their work performed and heard.

Vrábel says that differences between styles of contemporary music in the east and west of Europe remain significant as well, with Germany and France continuing to stand for the “ultra” in high modernist music. “Our composers belong more to the Central and Eastern European musical style, which is less mathematical, more modal, more tonal and more contemplative and accessible to listeners.”

Not that there is any uniformity though. “Of course, even here we have young composers who are inclined toward the Western European style. In our current series, we have one of these composers and he will be part of next year’s competition,” Vrábel  said.

Unsurprisingly, the overriding theme of the Timing concerts is the role of time. Yet it does not only refer to the clock time of the performance of the orchestra and eight accompanying dancers, but the time connected with the controversial New Stage building itself as well as the personal time of the performers’ memories.

A personal element will be on display through the 100 Metronome project, in which metronomes have been collected from a variety of Czech and international figures, as well as from Berg Orchestra members, to be used for the Czech debut of Hungarian composer György Ligeti’s composition/happening for 100 metronomes.

Among those who provided metronomes for the event were actor Jan Vondráček, composer Aleš Březina, cultural attaché of the US Embassy in Prague David Gainer and a host of others, with each metronome (including a penguin metronome) coming with its own story and personal associations.