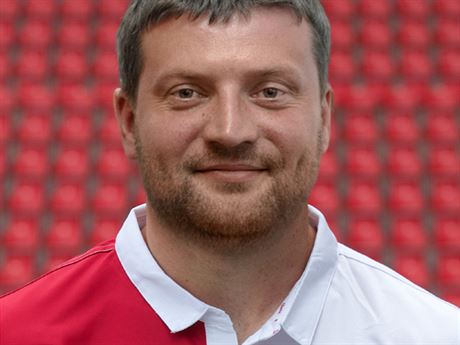 Controversial former Transport Minister Aleš Řebíček (Civic Democrat, ODS) surprised many when he became the almost 100-percent owner of Slavia Prague, one of most prestigious and historic Czech football clubs, at the start of August.

The man who is now being talked about as a local version of Russian businessman and Chelsea FC financier Roman Abramovich had previously been cast as a shrewd, no frills corporate operator. So what brought about this change of tack? And where will he find the huge sums needed to turn around the famous club that has fallen on hard times? The cost will certainly exceed the price tag for taking over the club.

Řebíček was not willing to tackle those questions put to him in an e-mail interview by Czech Position, but he did reveal that he is not just counting on his own resources: He plans to sell a minority stake in Slavia Prague to those who helped him win control of it.

At the moment, Řebíček is not naming the new investor, but he dismisses Czech media speculation that it will be some Russian oligarch. And the former top politician says he has nothing to fear from a probe of his personal finances now being called for by Bohuslav Sobotka, party chairman of the main opposition Social Democrats (ČSSD).

Q: Why did you at all decide to invest in Slavia? Didn’t you have better opportunities to invest your money?

A: I think that ownership of a football club under our conditions, that is in a small market with spectator figures such as they are and the current quality of the league cannot be described as an investment. If I wanted to invest, I would find an attractive long-term and lucrative opportunity. From my point of view, this is an entry into a famous club, which has been close to my heart from childhood, and which fell into serious financial difficulties.

Apart from that, there are many possibilities to do things differently. For example, we have just started to build a youth center. It’s a venture by the new civic association SK Slavia Praha – youth football. Construction will be completed in the second half of September and the more than Kč 20 million in costs will be shared on an equal basis with sponsors. This is something that really excites me and at the same time holds great promise for the future. We will improve conditions for our already 500 child and junior players, and I am certain that among them will be many successful future players.

‘From my point of view, this is an entry into a famous club, which has been close to my heart from childhood, and which fell into serious financial difficulties.’

Q: You expressed interest in buying into Slavia in February. Why didn’t the transaction take place earlier? Excuse the observation, but a three-month gap before the final declaration of the deal by the board does not suggest a great effort from your side?

A: You need two for every deal. When one side is willing and the other side is not, then there is no deal. Then you either have to negotiate or wait until the other side reconsiders or the offer or other conditions are altered or there is some change in external factors. Everything plays a role and it is impossible to say that a month is the ideal period for sealing a deal and anything longer is problematic.

Q: Why do you think that the original British owner of Slavia, ENIC, was willing to deal with possible new investors?

A:  I’m sorry, but I’ve learnt from business and politics that I should not speak for others. That is clearly a question for ENIC. For me, the important thing is not why something happened but that it happened.

Q: How much did the investment in Slavia cost and how are you going to finance the club?

A: I have already repeated that I do not want to make public how much I invested. The financing of the club is based on the usual sources. At the start, some of my own money will be necessary, but I hope that will decrease as sponsorship picks up.

Q: The previous and transitional owner of Slavia, Natland Group, carried out a far reaching economic audit of Slavia. What exactly were the results?

A: I have some information about that, but I have asked my management team to look over this and I will primarily be interested in their findings and evaluation.

Q: The Chamber of Auditors is looking into the activities of the firm Auditing Dykast with regard to the problematic increase in capital and players’ insurance at Slavia [which ENIC says helped illegally wrest control of the club from it — Ed.] Do you, as the owner of the club, have any misgivings about that capital increase?

A:  Don’t expect some forceful declaration from me about this until I am acquainted with the current state of affairs. I can just say generally that I will not exclude any step that will have a positive impact on the club. The auditor was changed at the last general meeting. The new auditor is the company APOGEO Audit, which was selected by the previous majority owner Natland after an internal tender.

Q: Are you considering the sale of part of your stake in the club to some big investor? There is talk about you considering some big deal with someone from the former Soviet Union. Is there some “Abramovich” out there who would push Slavia in a new direction?

A: In the first interview after the deal with Natland was announced, I stated that a small stake would be transferred to someone that helped with the deal. That certainly will not be some Russian oligarch or someone of that kind. That talk of some deal with Russia that is speculated about in the media is nothing other than a misrepresentation of the fact that it is a person I know who possibly did some business in Russia.

‘Getting back into the top tier is a lot more difficult than falling from it.’

Q: What is your long-term aim for Slavia? You maintain that you want to compete with Sparta Prague but the quality of your team and budget is a long way off doing that?

A: That’s true. But a few years ago Slavia were the league champions and played in the Champions League. Getting back into the top tier is a lot more difficult than falling from it, but it is possible.

Q: Slavia has strong potential from its fans’ backing. Have you got any ideas how to take advantage of it?

A: This is a relatively new area for me, which I must learn how to take advantage of because neither private companies or political parties have fan clubs. With regards to political parties it is rather the reverse. But certainly I am aware of the strength and importance of support from fans and want to be in contact with them.

Q: What sort of image do you think the public has of Slavia after the frequent changes over the last months. The director [Miroslav] Platil, the right hand man of the convicted Petr Mach and his debtor to the tune of several million crowns who was not judged only because the delay for doing so expired, your brother who is suspected of blackmail and whose case the courts are taking up again. Both of these were former police officers. You yourself are difficult to evaluate for many people. Is this not damaging the brand name of Slavia?

A: I am not, and don’t want to be, the judge of those people around me. I don’t have a high opinion of many journalists who write about me, about their objectivity, but I don’t write about it and, when all is said, it’s not worth it. This is really not really important for Slavia. If we win, everyone will be satisfied. If we stumble over the ball, fans will be sore even if the club owners are all saints.

Q: Slavia lost its position in football diplomacy in the Czech Republic. What are you going to do about that?

A: We will try to change that. Now the club has a clear ownership structure so its negotiating position is undoubtedly better.

‘I am prepared for any inquiry; even at this late stage in my life, tax authorities look into every nook and corner as they have in the past.’

Q: Social Democrat (ČSSD) leader Bohuslav Sobotka want to investigate where you actually got the means to take over Slavia. From your declarations in the past it is not clear where the money comes for the villa in Tuscany, flat in Dubai, yacht and so on. Are you ready for such a probe?

A: I don’t know how anyone can comment on my personal property when they don’t know how much I paid for Slavia and obligatory public declarations have been made at the time of my two-and-a-half years at the top in politics. I am prepared for any inquiry; even at this late stage in my life, tax authorities look into every nook and corner as they have in the past. The one certainty I have is that they will not find anything. Journalists will ignore that fact or write that there was some tampering with the investigation.

Q: Opposition politicians and the media have linked your time as minister with state contracts gained by the rail company Viamont. Don’t you think that was strange?

A: The problem is that most journalists don’t have or don’t want to find time for any careful analysis and just write whatever is brought or whispered to them. Various figures result when the aggregated figures for completed contracts in any one year and tenders won in that year for work which will not be completed for several more years are looked at.

What’s more, when Viamont was in a consortium and had a 20 percent share in the contract, the whole lot was counted in my favor as this was proof that my influence in the Ministry of Transport. Otherwise there was speculation about Viamont’s size, and I can find on the Internet the annual reports showing that the mysterious growth of the construction division did not begin in 2007 when I was minister, as journalists wrote, but that it already had a turnover of more than a billion crowns in 2005 and two billion in 2006 and continued to three and four billion in the succeeding years. What is the mysterious growth that we are talking about?