FC Slavia bosses finally revealed the club’s owner, a chauffeur who live in a communally owned flat, but the real trail leads elsewhere 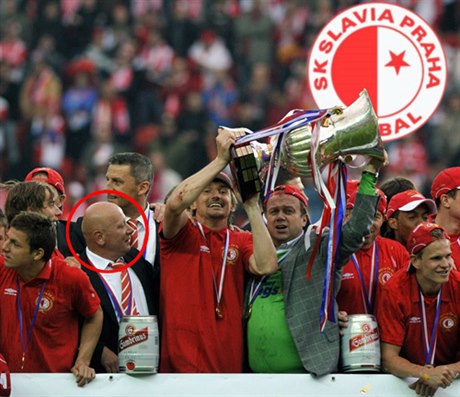 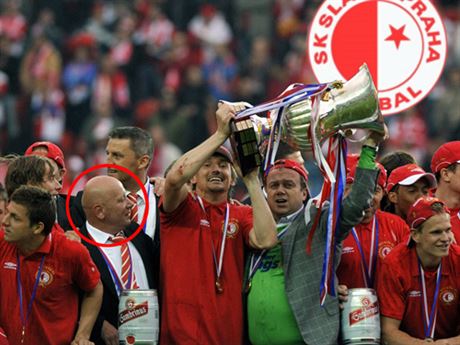 “Sisák, you brute!” That was the chant that rang round FC Slavia’s stadium this week as fans pointed the finger at mysterious businessman and financier Petr Sisák as the one responsible for the Prague football club’s current sorry plight, both on and off the field: Players have not been paid since the start of the year and club debts threaten Slavia with relegation to the third division.

If Slavia fans think they know that Sisák is to blame for the situation, why can’t the Czech-Moravian Football Association (ČMFS), led by Ivan Hašek, face up to the facts and act? That Hašek knows a lot more than he is letting on is suggested by the fact that former ČMFS head František Chvalovský now crops up in the Slavia story.

Chvalovský, as a former boss of Czech football, is still influential and is on very good terms with Hašek, who now appears ready to step into the Slavia crisis. Earlier, the ČMFS refused such an intervention, saying that it was not possible to support the club as long as it kept its ownership was a secret.

That obstacle appears to have been overcome with an announcement by Miroslav Platil, the general manager of SK Slavia Praha – fotbal (the club’s official name), that the its majority owner is a certain Antonín Franc. Until that announcement, ownership appeared to be in the hands of the controversial investment company Key Investments, but such was the fog surrounding ownership that nothing was clear. The mysterious Franc is a link between Sisák and Chvalovský, having served as a driver for both men.

The mysterious Franc is a link between Sisák and Chvalovský. Franc is currently the personal chauffeur of Sisák, according to daily Mladá fronta Dnes, and previously held that same position with Chvalovský. Franc is also a board member on SK Slavia Praha – fotbal. But if he is the majority shareholder, why isn’t he on the main controlling organ, the supervisory board, as well? Something here does not ring true, and the trail once again leads back to Key Investments.

Franc is also the vice chairman of the company QFT Assets, on which the former head of Slavia, Tomáš Rosen, also sits as chairman with Slavia lawyer Petr Doležal as a board member. The 60 percent shareholder of QFT Assets is Petra Doležalová, apparently Doležal’s wife. The remainder belongs to the Isaac Investment Group, which is based in the British Virgin Islands, a tax haven. At the top is the director, Petr Sisák.

Isaac Investment Group came to public attention during the recapitalization of the Via Chem Group in 2009. The 2009 general meeting of QFT Assets took place at the office of lawyer Iva Hala, a partner of Sisák, according to the report filed at the time. The shareholders of QFT Assets are represented by the lawyer Jan Brodec.

Of course, it could be pure chance that the Prague 13 district asked Brodec’s legal firm to carry out a legal analysis of Key Investments two weeks before District Mayor David Vodrážka invested Kč 200 million of the council’s money. Key Investments took the cash and quickly invested around Kč 180 million in Via Chem Group bonds. In short, Prague 13 financed a firm linked to Sisák.

Key Investments had already bought bonds in the Via Chem Group worth hundreds of millions of crowns on behalf of the Prague 6 and Prague 10 districts. The investment by Prague 10 was covered by Maxima pojišťovna, a shareholder in which is none other than, yes, Antonín Franc. Prague 10 also invested via Key Investments in the bonds of E Side Property, the owner of Slavia’s shining new Eden football stadium. All in all, the impression is inescapable that Franc is Sisák’s shadow when it comes to business activities. The ČMFS must question that Chvalovský’s former chauffeur is now being cast as the owner of Slavia football club.

Nonetheless, you would think that such an active, albeit overshadowed, captain of industry, insurance and sport would live in a luxurious villa or at least his own house: On the contrary, Franc lives in a collectively owned apartment in Prague 10.

The bosses of Czech football at the ČMFS must surely know about the modest circumstances of Chvalovský’s former chauffeur and at least raise an eyebrow that he is now being cast as the owner of Slavia football club. Do they really believe all of us, especially Slavia supporters, are fools and will swallow such a story?

Chvalovský this week appeared alongside four others in a Prague court charged by the state prosector with loan fraud dating from the end of the 1990s. The charges relate to the alleged disappearance from Komerční banka (KB) of around Kč 1.5 billion; if the accused are found guilty, they face up to 10 years in prison.

(Chvalovský allegedly misled the bank when applying for a loan for the football association — that he used instead for his farm produce and meat-processing companies — which was never fully repaid.)

In all likelihood, Chvalovský will escape the charges and be able to return to the top of Czech football. If that is the case, then who would be surprised that a former chauffer can be the owner of one of the country’s most prestigious football clubs?

Meanwhile, back in Britain, UK company ENIC is stepping up its struggle to get back cash owed by Slavia and ownership of the club. ENIC says control was wrested from it in  scam linked to a dubious capital increase in 2008.