Jan Veselý is set to join the ranks of the few Czech players drafted by the NBA. Could he return the game to popularity at home? 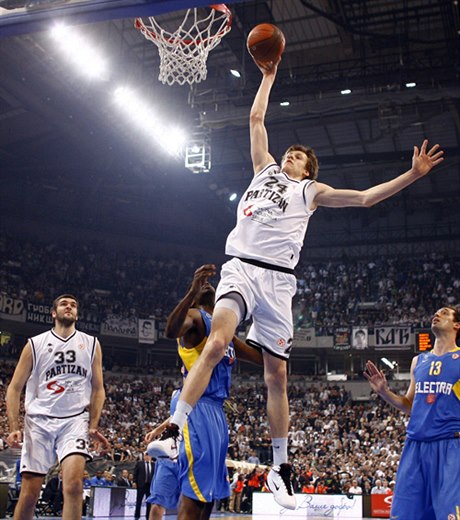 Jan Veselý, like other Czech players, went to the former Yugoslavia to hone his skills foto: © Reuters, Česká pozice 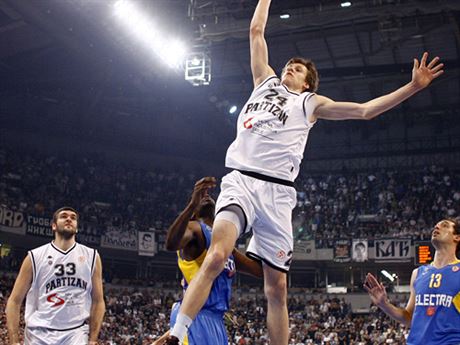 Basketball is far from being a major sport in the Czech Republic these days. With the much anticipated arrival of Ostrava-born Jan Veselý in the NBA as a probable top 10 pick in the June 23 draft, that could be on the verge of changing. Veselý — who is coming off a highly successful season with Serbia’s Partizan Belgrade — is entering a draft that is thin in quality US college players.

The sport used to play a more prominent role in Czech life, as Czechoslovakia was one of Europe’s most competitive countries in inter-European competition. More recently, though, players like Veselý have had to go abroad, often to the former Yugoslavia, at a very young age to develop their skills. Veselý left home at 16 to play for Slovan Ljubljana and then moved onto the Serbian League’s Partizan.

Veselý will not be the first Czech NBA player. Jiří Welsch was the most prominent recent player to go from the Czech Republic through the former Yugoslav leagues to the NBA, being drafted 16th by the Philadelphia 76ers in 2002 and bouncing around a number of teams over a four-year career. A Czech player has yet to make an impact in the league, but Sean Deveney, senior writer for the Sporting News, told Czech Position that this should not affect Veselý’s status.

“There haven’t been a lot of success stories out of the Czech Republic, but that shouldn’t have any bearing on how Veselý is viewed. It’s like colleges in the US — there have been players from some colleges who have not lived up to their potential, but that doesn’t mean teams won’t draft other players from that college,” Deveney said.

Comparisons with other European players are common though. With the Utah Jazz picking third, perhaps a good comparison is to their soon-to-be free agent, Russian forward Andrei Kirilenko. Veselý’s athleticism in particular has been highly lauded, though he is not considered much of a shooter. Yet when Kirilenko was drafted, he also was not considered a good shooter and has improved that aspect of his game.

A common fear in taking European basketball players in the NBA draft is whether they will make the transition to the American game. According to Deveney, Veselý is well-suited to the NBA because he already has “a very American-style game.” As a small forward he is also very big at 6 feet 11 inches. ‘In the European game, which is slower and more focused on the pick-and-roll, some of his skills were not utilized the way they can be used in the NBA.’

“In the European game, which is slower and more focused on the pick-and-roll, some of his skills were not utilized the way they can be used in the NBA. He can run the floor, he is an excellent athlete and he can dunk. He needs to smooth out some of the rough edges of his game, but teams are very interested in him,” Deveney said.

In his final mock draft, Deveney has Veselý going to the Sacramento Kings as the number seven pick. Veselý was recently in the news for declining to work out for individual NBA teams, opting only to come to the US a couple weeks prior to the draft for physical tests. What happens beyond the draft itself is clouded by a potential NBA lockout, in which case European players are likely to return to Europe and continue developing their games for their NBA debuts.