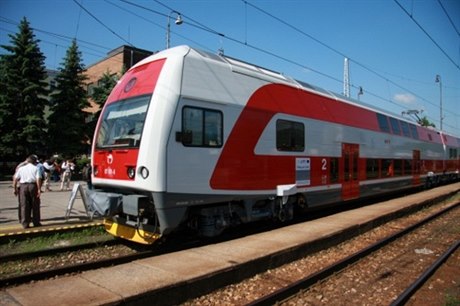 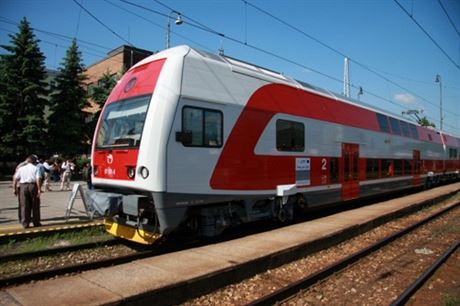 Škoda Transportation posted a surprisingly high net profit compared with turnover of 27 percent for 2010 thanks to orders from Czech Railways (ČD) and from Czech towns and cities, which accounted for around 80 percent of the firm’s total sales for the year. The result stands out in comparison with the most recent financial results for the world’s largest manufacturers of locomotives, trams, and light railways, which are considerably lower.

According to the findings of the daily Hospodářské noviny (HN), Škoda Transportation reaps a net profit of Kč 6 million from each two-carriage branch line train which is sold to ČD for Kč 25 million. ČD has ordered a total of some 200 of these trains. The company makes similar profit margins on rolling stock for the Prague metro, trams and its City Elephant suburban trains, the daily reports.

Škoda Transportation published its audited results for 2010 on December 23, when most of Czech media attention was on the state funeral of former president Václav Havel.

The most-recent financial results posted by Siemens Mobility show the German manufacturer of locomotives, trams and rolling stock Škoda Transportation published the results on Dec. 23 when the Czech media’s attention was almost entirely consumed by the funeral of Václav Havelmade a net profit of 6.78 percent compared with turnover while other global leaders in the sector, Alstom Transport and Bombardier Transportation, posted gross profits of 7.1 percent and 6.62 percent respectively in relation to overall turnover.

Škoda Transportation’s head Josef Bernard claims the high profit margins are the result of comparatively low wages in the Czech Republic while the firm sells its products at the same price as its competitors on local and international markets.

According to HN’s calculations, however, even if the average wage at Škoda Transportation amounted to Kč 70,000 per month as opposed to the current level of Kč 26,000, the firm would still reap considerably higher profits than its international competitors.

HN reports that the Polish producer of trams, locomotives and rolling stock, Pesa, posted a net profit amounting to around 2 percent of turnover for 2010 and that average wages at the firm are markedly lower than at Škoda Transportation.

Bernard also claims investment in new manufacturing technologies as well as in-house and local sourcing are factors behind the high profit margins.

“A large percentage of components in our products are delivered directly by the Škoda group of companies or from other domestic suppliers. … in recent years we have made significant investments into new technologies which now reduce operating costs,” Bernard told HN.

Previously Bernard claimed that the company’s high profits were largely due to the strength of the Czech crown with large contracts signed when the crown was trading at around Kč 30 to the euro.

Škoda Transportation has won a number of lucrative public tenders after being the only bidder.

The opaque US-registered investment firm Appian Group bought out Škoda Holding, of which Škoda Transportation and its daughter Roman did not declare his stake in Škoda Holding when appointed CEO of ČEZ despite an obvious conflict of interests companies are a subsidiary, in 2003. The holding’s power generation machinery and engineering firm, Škoda Power, was sold to the Doosan Group of South Korea in 2009.

Škoda Transportation’s website contains no information about the size of the stakes held by the five owners, nor about the composition of the company’s boards and executive management.  The company’s press secretary Lubomíra Černá did not answer Czech Position’s calls or e-mail on Thursday.

Roman did not declare his stake in Škoda Holding when appointed CEO of ČEZ despite an obvious conflict of interests. Under his leadership ČEZ awarded a number of highly lucrative contracts to Škoda Power.

Čmejla and Diviš along with five others currently face criminal charges in Switzerland in connection with embezzlement of Czech state property and assets during the sell-off of the Czech state’s stake in the mining firm Mostecká uhelná společnost (MUS) in 2006.  Both have denied the allegations against them.

In February 2011, Martin Roman and Tomáš Krsek were photographed with controversial lobbyist Roman Janoušek, chairman of the budget committee of the lower house of the Czech parliament Pavel Suchánek (Civic Democrats, ODS), ČD director Petr Žaluda, and recently-dismissed head of the Prague public transportation company (DPHMP) Martin Dvořák, returning from a golf holiday in Dubai. At the time Roman’s financial links to Škoda Transportation had not been exposed.

Roman was also a board member of the Czech railway company for a brief spell, only stepping down when ČEZ was bidding for a contract to be the main supplier of electricity for traction for the rail company.