Singing in the pain 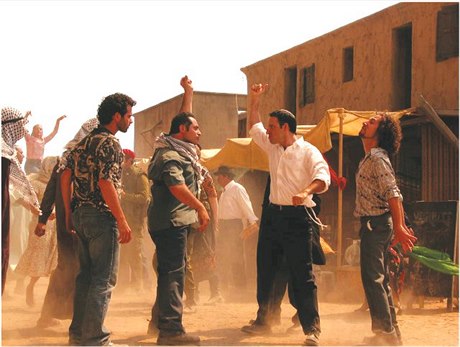 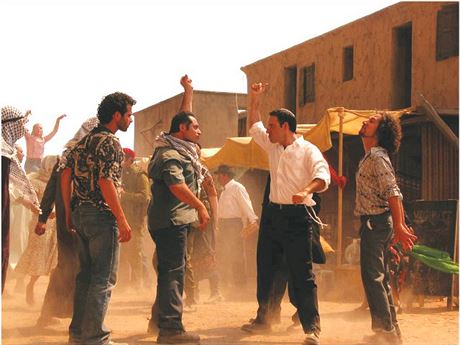 Every year the Prague Short Film Festival offers a number of unique categories of films. Last year, with World Cup fever already in the air, there was a section devoted to films about football. This year the category that stands out most is that of musicals, but if you come expecting to see your run of the mill Broadway-style musical you might be in for quite a shock.

The section opens appropriately with the title character of the award-winning Irish short “Mr. Foley” waking up in a hospital bed and discovering to his horror that his life is being given a soundtrack complete with sound effects. This is followed by an even gloomier film, the Swedish self-styled necromantic musical “She is Dead” (Hon är död). The story is that of the death of a famous singer, played by co-director Sara Lundén, that sends the whole country into mourning. The pathologist who is supposed to perform the autopsy turns out to be her biggest fan and gives her a secret funeral instead.

Darkness turns to light for a pair of homeless drunks on the streets of Madrid who surprisingly find themselves able to withdraw a large sum of money from the ATM they sleep next to in “Toxic Melodies” (Melodías tóxicas). The mood becomes so cheerful that not only do the two beneficiaries break into song and dance, but virtually everyone they encounter.

“Dental Breakdown” is another Irish entry recounting  the story of five student dentists who sing and dance the joys of the sadistic powers they learn they posses in their chosen profession. Top on list of sinister films though is “The Legend of Beaver Dam,” a rock ’n’ roll horror musical by Canadian musical theater duo Jerome Sable and Eli Batalion. A scout campfire ghost story awakens a fearsome monster and Danny Ziqwitz, the nerd of the group, is left to prevent a bloodbath.

For those looking for a more traditional musical, the Irish short “Moore Street Masala” will will both satisfy and play with their expectations. This Bollywood extgravaganza set on the streets of Dubline tells the love story of a convenience store clerk falling for the beautiful real estate agent who works across the street.

Broadway musical tradition comes into play for the American musical “West Bank Story,” which transplants the classic musical into the Middle East.

While most of the films presented in the Musical Express section give a dark take on a typically light genre, Sandel’s musical takes a heavy subject and injects some comedy and song into it. “My film is not meant to be a history lesson, educational, or a peace plan on film. Its meant to promote the idea of peace and to promote a positive message and that is it. I felt like that was enough of a challenge to undertake given that this was a comedy and a musical about a very tragic situation,” Sandel told Czech Position.

Sandel places his Romeo and Juliet in rival Israeli and Palestinian falafel stands. The director maintains that the response has been almost uniformly positive across the divide and that the few negative reactions come from people unfamiliar with the 1961 musical “West Side Story.”

“I usually receive praise from both sides for presenting the situation in a new way and in a way that returns a level of positivity to the idea of a future together. I think people and audiences in general are worn out on negative films about the situation that are designed to make the other side look like monsters,” Sandel said.

The dusty West Bank village the film takes place in is actually a private ranch outside of Los Angeles on which an “Arab village” was built specifically to provide Hollywood and independent filmmakers a Middle Eastern backdrop.