AVG is battling free-to-pay vendors like Avast! and Avira along with giants like Symatec, Intel’s McAfee, Eset, and Kapersky Labs 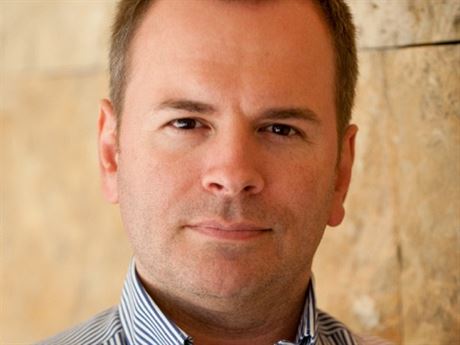 Alpha Associates partner Richard Seewald, an original investor in AVG — back when it was called Grisoft and he was a partner in the Prague-based investment group Benson Oak Capital — remains bullish on the Czech firm’s prospects | foto: © Alpha Associates, Česká pozice

Czech-founded AVG Technologies, the “freemium” Internet and mobile security software group best known for its anti-virus products, had a rather inauspicious start to its first day on the New York Stock Exchange (NYSE) — falling by 16% at the opening from its initial public offering price (already set at the bottom of the expected $16-$18 range). By the closing bell, AVG shares were down more than 18% at $13.09.

“It was a surprisingly disappointing debut,” Josef Schuster, founder of IPOX Schuster, a fund specializing in investing in newly public companies, told the Reuters news agency. “[It] looks like some of the investors are a bit concerned about the debt situation of the company because the fundamentals look very strong.”

However, AVG had long-term debt of $225.2 million as of September 30, 2011, according to Reuters, and at the IPO offering price, AVG’s price-to-earnings ratio would equate to about 15.1 “making an investment in the company much more expensive than one in the larger rival Symantec Corp that trades at a 10.9 multiple.”

There is another major concern among some investors: how effective AVG and other companies like it operating under the “freemium” model will be in “monetizing” their free products, i.e. compelling users to switch to a paid service. It’s also a crowded field, with players in the free-to-pay set (Avast!, Avira, PC Tools (now part of Symatec) jostling with big name traditional vendors (like Symatec itself, Intel’s McAfee, Eset, and Kapersky Labs) not to mention corporate behemoths Mircrosoft and Google, and Apple (among the many firms offering cloud-based protection against malware).

Richard Seewald, a partner at the Zurich-based independent equity fund Alpha Associates, which has a stake in AVG, told Czech Position in a phone interview on Thursday as trading began in New York that the company’s fundamentals are better than, say Avast! — a rival Czech (albeit Dutch-registered) anti-virus software company that plans a $200 million IPO on the NYSE.‘AVG has generated a significantly positive monetization, also when compared to Avast!’

“AVG has generated a significantly positive monetization, also when compared to Avast! Already revenue per user in 2010 was $2.21 compared to Avast!’s $0.47, and AVG’s net income alone was greater that its revenue,” Seewald said. “So, unlike competitors like them, we have the scale volume and financial resources now to expand and refine the product portfolio to meet the challenges and threats that are out there — of course, for the benefit to the shareholders.”

AVG intends to use the money raised in the IPO ($128 million at $16 per share) for general corporate purposes, including investments in property and equipment. Half of the 8.0 million ordinary shares in AVG were offered by the Netherlands-registered company and half by selling shareholders — some of which (though not Alpha Associates) have granted the underwriters a 30-day option to buy up to an additional 1.2 million shares to cover over-allotments.

Seewald, one of the original investors in AVG Technologies 11 years ago – when it was called Grisoft and when he was a partner in the Prague-based investment group Benson Oak Capital — was responsible for the transaction at the time and appointed to the AVG board of directors.

Although, due to trading rules, Seewald was not at liberty to discuss the company’s future development — and the disappointing first day results were not yet known — he said that “the listing is an important event not only for AVG but also for the technology investment environment in Central and Eastern Europe.” ‘We’re looking at another deal in the region that also has a very specific free-to-pay model dynamic to it.’

“We think AVG is uniquely suited to list on the NYSE, with the exchange being a premier international exchange, and with global competition and the prestige that the NYSE brings to the company, it will be a pulpit for growth and opportunity for the business,” he told Czech Position of the decision to take the company public via the New York bourse.

“We’re looking at another deal in the region that also has a very specific free-to-pay model dynamic to it,” Seewald added, when asked about concerns among some investors that investments in “freemium” companies are more speculative than others, as the internal metrics (user retention, churn, subscription renewal rates, etc.) can be hard to quantify and track.

Alpha Associates, which has over $2 billion of assets under management, builds and manages globally diversified private equity fund portfolios for institutional and private clients, is a co-investor with Enterprise Investors in AVG and is a direct shareholder in PEF IT II Sarl, the holding company which is a seller of AVG shares in the IPO as listed in the AVG prospectus.

The Swiss-based group is also the leading private equity fund-of-funds manager for Central and Eastern Europe, and has invested more than €400 million in more than 40 fund and direct investments in the CEE and Russia/CIS since 1998, including in Czech companies like regional soft drinks giant Kofola, nanotechnology group Elmarco, online publisher Centrum.cz and GSM Operator T-Mobile Czech Republic.

The selling stockholders, according to AVG’s filing to the US Security and Exchange Commission (SEC) in mid-January, include Intel Capital, Grisoft Holdings and PEF V Information Technology II, while private equity firm TA Associates will not sell any shares in the IPO.

The bookrunners for AVG’s offering are the same ones leading Facebook’s IPO: Morgan Stanley, JPMorgan Chase and Goldman Sachs. The co-managers are Allen & Company, Cowen and Company, and JMP Securities.