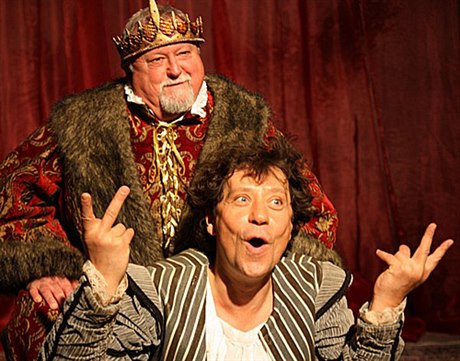 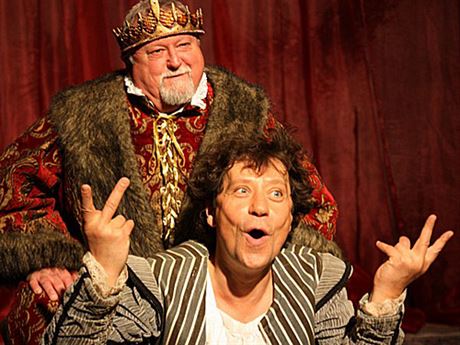 The Prague Shakespeare Festival is kicking off 10 days of performances May 19 at the Letní Scéna (Summer Stage) in Vyšehrad. The collaboration between the festival and the Houston, Texas-based Classical Theater Company will put on “King Lear” and “As You Like It” in English, with an international cast of actors.

The productions come off a highly successful and critically acclaimed run in Houston in April. they will have a special resonance in the Czech Republic due to the presence of Czech actor Pavel Kříž, who shot to fame in the early 1980s after starring in the first of director Dušan Klein’s series of Poet films “Jak svět přichází o básníky” (The World Comes as a Poet) and following that up with the next two films in the comic series as well as a range of work including dramas and fairy tales.

Emigration to Canada in 1987 interrupted the Brno, South Moravia, native’s life in front of the camera and allowed him to pursue his early dream of a career in medicine. Since the early 1990s, though, he has appeared in a number of film and TV roles, both in Czech and international productions, including parts in films such as “Doctor Zhivago” (2002) with Keira Knightley, “Dune” (2000) and “Children of Dune” (2003). Kříž is currently starring in the hit Czech TV series “Aféry.”

We are merely players

Kříž is playing the part of the Fool in “King Lear” and that of Jaques in “As You Like It,” who is most famous for the line “All the world’s a stage.” This is not Kříž’s first time doing Shakespeare on stage, having previously played Caesar in “Anthony and Cleopatra” at the National Theater. Performing the Bard’s work in English though, he says, makes for a whole new experience.

“It’s an extremely hard language, and basically has nothing to do with the English I know. In Czech, if anything happens on stage you somehow find your way out of it. In this Shakespearean English — no. I just had to really work on it and have it really well-prepared and rehearsed,” Kříž told Czech Position.

Doing Shakespeare in English has also given him added sympathy and insight into the difficulties of acting on stage in a foreign language. As Kříž is currently performing in a Czech version of American playwright Richard Alfieri’s “Six Dance Lessons In Six Weeks” at the Ungelt Theater with French-born actress Chantal Poullain, he says he now has a much better idea what it feels like to get lost in the language.

Taking up what he acknowledged was an extremely difficult challenge was connected to a milestone in Kříž’s life, as he celebrated his 50th birthday in April. “And I thought if the opportunity was here, why shouldn’t I try to do Shakespeare in his original language, and do it in the United States. That’s something I just couldn’t pass on, being the person I am.”

Another recent and surprising challenge Kříž passed with flying colors was his victory in “StarDance IV,” the Czech version of “Dancing with the Stars,” beating out Czech celebrities such as actor Saša Rašilov, singer Aneta Langerová and others.

Two approaches to the truth

At first glance it appears that Kříž, as Lear’s Fool, has been given the sole comic part in a tragedy and as Jaques, the only “serious” part in a comedy, yet the actor sees it somewhat differently. “I don’t think Jaques is tragic at all. He’s skeptical, more cynical. And I don’t think the Fool is very funny because he’s just telling the truth, and the truth is never very funny.”

Prague Shakespeare Festival artistic director Guy Roberts says he’s excited to bring these productions to Prague audiences for the festival’s fourth season — and that working with an international cast brings a special dynamic to Shakespeare’s work.