Some charge a pamphlet from Sen. Jiří Dienstbier’s camp attacking alleged clientelism within the Prague ČSSD stems from his national ambitions, not local concerns 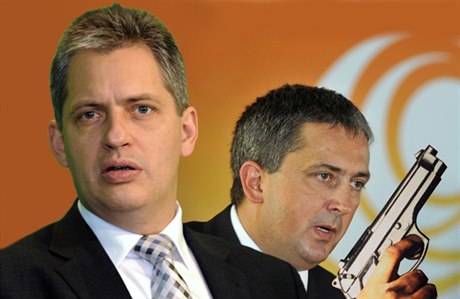 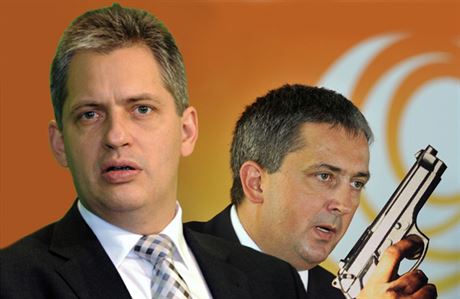 About three months have passed since the “autumn coup” at Prague City Hall that transported the left-of-center Social Democrats (ČSSD) from power and back to the opposition benches.

But the banishment is not the top issue for the local party. Two issues are at the top of the agenda for Prague ČSSD — the Živá SocDem (Living SocDem) pamphlet – which even caused emotions to run high among the national party leadership — and the quest for a new ČSSD leader for the chapter.

We don’t want to be a silent majority

The furore began in the middle of February when an, on the face of it, inconspicuous, proclamation appeared on the internet which, however, would very soon take on a life of its own. The pamphlet called Living SocDem carries the slogan We don't want to be a silent majority. The authors of the appeal are local politicians and ČSSD members close to Jiří Dienstbier, a senator and currently also candidate for the Czech presidency. In the document the signatories complain: “At the constituency, district and regional levels our party is ruthlessly heading towards oligarchy. The influence of the membership base on party policy is constantly declining.” ‘We merely want to crank up a debate among the party’s membership base at the lowest – local party organization – level.’

To counter this problem, the text suggests the introduction of primaries at all levels of the ČSSD Prague party organization: “Only then we can say unequivocally ‘no!' to our godfathers and behind-the-scenes manipulators of inner party politics. It is necessary to demand from each candidate vying for a party position that they solicit support at the level directly below the level they pursue and to ensure that all who seek a position at constituency level do the rounds thoroughly, taking part in discussions in each of their MOs [local constituencies] ! And also that those who seek a position at the regional level go round to all their constituency conferences to take part in debates!”

Dienstbier tried to play down the rumpus. “We merely want to crank up a debate among the party’s membership base at the lowest – local party organization – level. There’s nothing else behind this,” he told Czech Position.

“In order to ensure Prague one day becomes as social democratic as Vienna or Paris it is necessary to introduce substantial changes to the party's structure and workings. And that is exactly what our Living SocDem is trying to achieve,” said Jakub Landovský, another signatory of the appeal and member of the Prague 7 party organization.

Living SocDem is not the first manifesto of its kind. After the elections for the European Parliament in 2009, which did not turn out too well for the ČSSD, the Vyšehrad proclamation was penned, a document attacking the then ČSSD party leadership headed by Jiří Paroubek. One of its then authors, former MP Karel Šplíchal, commented on the latest proclamation. “Mr Dienstbier and his colleagues are barking up the wrong tree. Rather than voicing his criticism of internal party procedures within the party itself he released his appeal to the media. I trust this was due to the limited experience of these young politicians.”

Although conceding the Vyšehrad proclamation's critical nature, Šplíchal asserts that contrary to the ‘living declaration' it was not confrontational. ČSSD shadow minister on human rights Michaela Marksová, a Living SocDem signatory, on the other hand claims that the Vyšehrad Proclamation remained nothing but a worthless piece of paper after it was issued while the current proclamation has a chance to effect change. “It's a good thing the scandals of the Prague ČSSD have become the topic of discussion – it might jolt the party awake from within,” she told Czech Position.

National ČSSD leader Bohuslav Sobotka was more diplomatic. “Although the text seems mainly aimed at members of the Prague ČSSD, I consider it to be generally interesting and would gladly meet its authors shortly.” But deputy party leader Zdeněk Škromach, by contrast, did not hide his disenchantment: “The ČSSD is not perfect, but it certainly isn’t that what you are trying to force it to its knees with. Am I supposed to understand this as an attempt to destroy the Social Democrats?”

Leader of the parliamentary ČSSD group, Jeroným Tejc, says he doesn’t believe that Living SocDem will lead to any meaningful change in the way the party works. “Jiří Dienstbier is deputy party chairman. If he wishes to change something he should do so through a change of the party's statutes. I understand his critical relationship to the Prague party organization but appeals of the Living SocDem kind won't produce any fundamental change,” Tejc told Czech Position.

But Dienstbier denies the manifesto is directed at ČSSD as a whole. “It was a completely incomprehensible, hysterical and exaggerated reaction. Mr Škromach reacted to an appeal through which we are trying to breathe new life into the Prague ČSSD. Under Hulinský's leadership the Prague ČSSD functioned far from ideally. It is only formally-speaking a democracy. We'd like to help bring about broader change since a mere replacement of the Prague party chairman won’t solve anything,” Dienstbier said.

Looking for a leader

In December the Prague Social Democrats will find themselves before an important decision – who will take the helm of their organization which, in recent years, looked like a sinking rudderless barge.

Former leader and member of the lower house of parliament, the Chamber of Deputies, Petr Hulinský, who was sank by the Spastic Handicap affair, had to abandon the captain's bridge. The task of finding a trustworthy and strong leader for the Prague party organization will not be easy.

Dienstbier, a loud critic of the situation within the Prague ČSSD, is a senator, deputy party leader and shadow justice minister. On top of that he is also vying in his party's orange colors for the Czech presidency and, at the same time, also eyes a national party leadership position. With those higher goals in mind he can hardly be expected to pursue the post of Prague party leader. “I am indeed not intending to stand for the ČSSD Prague leadership. Every person can only handle so much and I have already enough on my plate as it is,” he confirmed. However, his fellow Living SocDem signatories have so far also been hesitant to get out of the shadows and make a stand.

The date when the election party conference should take place is also in dispute. The ČSSD’s political executive recommended it be convened before the autumn Senate and regional elections. But this year no regional elections will be held for Prague.

On one side, the Living SocDem signatories demand the Prague leadership election be held as soon as possible. Dienstbier also argues that the current state of affairs should not be dragged out.

Bodenlos, however, claims it will not be technically possible to convene an election conference prior to the autumn elections. “Therefore, I think there should be a discussion first. People will be replaced in the individual election constituencies and people with new opinions will enter the scene. These new people will be entitled to elect the new Prague Social Democratic leadership,” said Bodenlos.

After Hulinský's exit, the deputy mayor of Prague 4 Jiří Bodenlos became the Prague ČSSD's temporary leader, a “Winter King” of sorts (until the new election). He revealed to Czech Position that he could imagine making his stand-in post permanent by standing for the post of Prague party chairman. Nor does he conceal his target for the ČSSD to win the Prague local elections, something they have never come close to.

“I know what I want to achieve – Prague ČSSD should convince the people that Prague is not a right-wing city, that this is just a fleeting fashion.” Asked whether the Prague Social Democrats are divided into two opposing camps Bodenlos seeks to downplay the disagreements saying they are not that big: “At the moment there are no boundaries between the individual camps whatsoever. When I’m going around in Prague and listen to the opinions voiced, it is clear to me there certainly aren't divisions into Dienstbier or anti-Dienstbier fractions.”

Who cuts off the bigwigs?

Bodenlos, however, does not seem eager to cut off old Prague party hands such as Karel Březina, Miroslav Poche or Petr Hulinský who have not exactly earned themsleves a good reputation in the city. “Each of these three fellows I consider politically very mature. Karel Březina is one of the party's standard bearers who has already been around since the [Miloš] Zeman era. He’s sure to regain his strength, albeit without the current backing of rank and file party members. But with the power of his personality and political ability he should be able to pull it off. Mirek (Miroslav) Poche on the other hand is a highly intelligent guy.”

Living SocDem signatory and Dienstbier supporter Jakub Landovský can hardly bear the mention of these “fellows'” names. “Many people in the current party leadership received millions a year for merely sitting on the statutory bodies of enterprises owned by the city of Prague, but that didn't stop them from being involved in unbridled dealings with the property of these municipal companies.

Why? Petr Hulinský, Karel Březina and Miroslav Poche, who are responsible for the creation of this enormous Prague Town Hall corruption system that has been in existence for years and from which numerous party members have profited, should be able to answer that question. And these party members, ‘indebted’ to them, then have to sing their praises at party meetings and especially when it comes to voting.”

The current inner party fighting have left plenty of questions unanswered. Who will in the end enter the fray for the post of Prague party leader? Which faction will win in the end? Will the Living SocDem manifest shake up the national leadership to a serious extent? The turbulence within the party looks set to continue for some time and it could be some time before the dust clears and some of the answers are clearer.