Sects on the beach with ex-PM Mirek Topolánek

Topolánek could do a lot more talking about political sects, especially the one that gave him a sun tan on the Tuscan coast 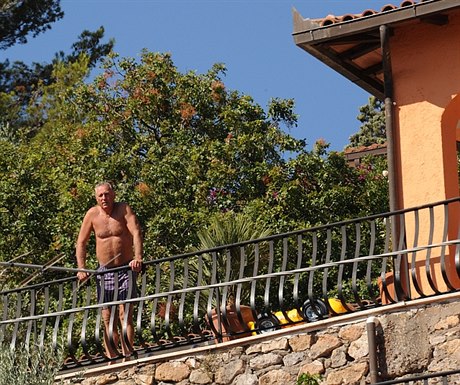 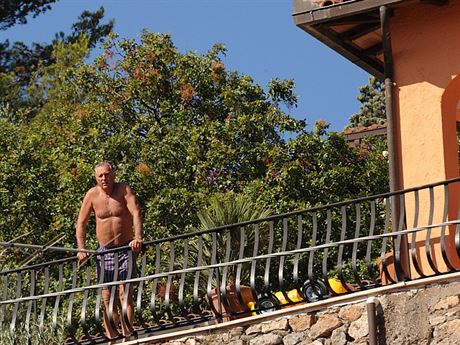 Former Prime Minister Mirek Topolánek (Civic Democrat, ODS) declared at the 20th anniversary of the center-right party’s founding that the Public Affairs (VV) party — a junior coalition parter in the current ODS-led government — posed a “greater threat” than did the former coalition agreement with the Social Democrats (ČSSD).

With that one phrase, Topolánek tore into both President Václav Klaus, the former ODS leader who sealed that ČSSD cohabitation agreement, and current Prime Minister Petr Nečas for forming a coalition government including VV. At the same time, Topolánek clearly indicated that only he was able to conduct policy from which the ODS benefitted.

VV is, according to Topolánek, a “sect” with business interests rather than a political party. It would be good to heed him because, deep down, Topolánek was talking about something which he is very familiar with: sects of businessmen who go into the highest echelons of politics to advance their business interests.

In this sense, VV paymaster and unofficial leader Vít Bárta and the team built around his security company in government are a lot more transparent and open to checks than various secret groups of businessmen, bankers, politicians and their collectors who over the last 20 years have made it a common goal to steal from the state and milk public and European budgets whenever possible. This is what has been happening here since the overthrow of the Communist regime in 1989.

But all of a sudden, Bárta, with his Napoleonic ambitions and not even a mid-sized business to his name — its turnover last year was Kč 900 million, a couple of milion in profit with a third place rating in the sector — started to become an irritant. Maybe one day we might just know a tenth about the activities of Czech politicians and the financiers who pull their strings as we have learnt about VV and ABL in the past month. With a few more declarations in the same vein as he came out with and Topolánek will have the whole country starting to be behind Bárta.

That begs the question, which is worst for the state: Bárta’s sect in government or the sects that met in the Tuscan town of Monte Argentario during Topolánek’s time in power? The group of politicians, lobbyists and businessmen who met in villas and on yachts, could easily be called a sect. Why not? They met in secret groups, perhaps still do, in luxurious villas whose ownership remained a mystery.

Topolánek and his best friend Marek Dalík knew who the owners were but because their sect was secretive no one said anything. Not even the millionaire former transport minister and Viamont rail company owner, Aleš Řebíček, was willing to disclose anything; nor, for that matter, were any of the other people who went there for talks. We can only take a stab at what they were there to talk about.

Of course, the head of the sect was not Topolánek but Dalík, and they also met at smart Prague restaurants, for golf and tennis. But they were caught together in the camera lens at the Tuscan resort which thereafter lent its name to the group. There was, of course, no company revealed to be behind it, no tax number or company identification code or the hint of the like.

There was no need for either of these things. If examined closely, all that is necessary to find out who is giving the orders and who is taking them. For this model of company is not according to some standard British or German model but a type of Italo-Czech hybrid. Here power decides and it is sometimes wielded by politicians and sometimes by businessmen.

It is a pity that Topolánek did not talk more about this sect at the ODS anniversary party. He could perhaps have disclosed what he talked about in Tuscany with the co-owner of the Ustí company Via Chem Group Martin Procházka. Cash from Prague districts 6, 10, and 13 were invested in this company by local ODS politicians through the investment fund Key Investments.

Now the mayors Marie Kousalíková (who replaced Environment Minister Tomáš Chalupa), Milan Richter, and David Vodrážka are trying to get their money back. They are penning humble letters asking for it to be returned or warning that they might hire lawyers. It might instead be enough just to ask Topolánek about some of his Italian connections.