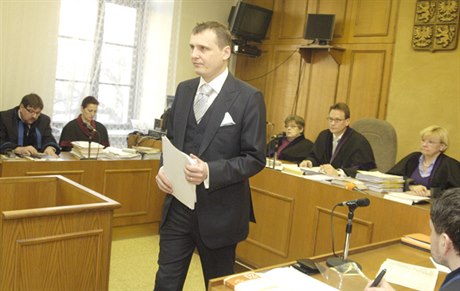 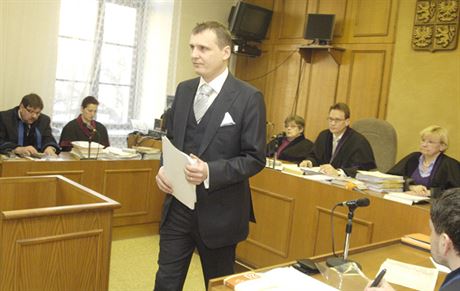 A surreptitious recording emerged on Thursday of a conversation supposedly between a defector from the Public Affairs (VV) party MP, Krisýna Kočí (now unaffiliated), and Minister of Regional Development Kamil Jankovský (VV) in which Kočí says she will figuratively “assassinate” the party’s de facto leader, Vít Bárta, currently on trial for allegedly offering Kočí and another ex-VV deputy, Jaroslav Škárka (unaffiliated ), bribes.

The recording, published first by the news server iDnes.cz, was reportedly among recordings Kočí submitted to the court as evidence. Facing prosecution, Bárta has access to the evidence and according to Czech Position’s information publishing case evidence which has been officially accepted and registered by a court is not against the law.

Given the content of the recording suggests Kočí was conducting “negotiations” with members of the larger two of the three ruling coalition parties, the Civic Democrats (ODS) and TOP 09, it could potentially undermine her claim that Bárta offered her Kč 500,000 to remain loyal to him and VV. Therefore, it is possible that Kočí forgot to erase her conversation with Jankovský from the tape she submitted to the court.

The tape includes Kočí saying that Finance Minister Miroslav Kalousek (TOP 09) made her a “very generous, very big offer,” and that she negotiating with among others Prime Minister Petr Nečas (ODS). Kalousek flatly denied on Thursday that he had held any such negotiations with Kočí. “MP Kočí’s words that I negotiated with her in person and that I offered her anything are complete nonsense,” Kalousek was cited by the server eurozpravy.cz as saying. Kalousek added that he had never held any one-on-one negotiations with Kočí.

The Executive Council of the Public Affairs party met Thursday afternoon to discuss the latest recording. ‘The auction for our MPs can be considered as an unsuccessful attempt to subvert the results of the parliamentary elections in 2010.’

“MP Kočí’s recordings clearly show that she was actively negotiating not only with representatives of the ODS, but also with representatives of TOP 09. Therefore, we further reject any moralizing statements at the expense of Public Affairs by either of the coalition partners,” VV’s official leader, Radek John, told reporters after the meeting of the party’s executive council.

“The auction for our MPs can be considered as an unsuccessful attempt to subvert the results of the parliamentary elections in 2010,” John added, reading a statement endorsed by the council.

John also that the new recordings had caused a crisis of confidence within Public Affairs towards its coalition partners, ODS and TOP 09, and said the council had decided to call a meeting of the party’s leadership, the so-called gremium, to discuss what actions Public Affairs will take.

The trial of Vít Bárta is due to resume next week.