Schwarzenberg to stand for Czech presidency 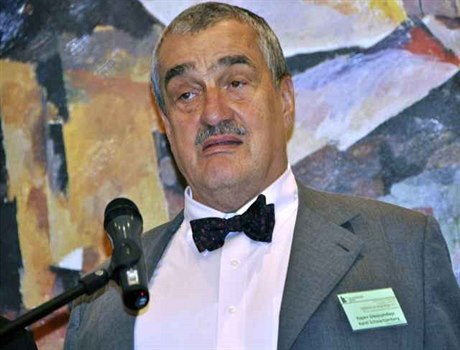 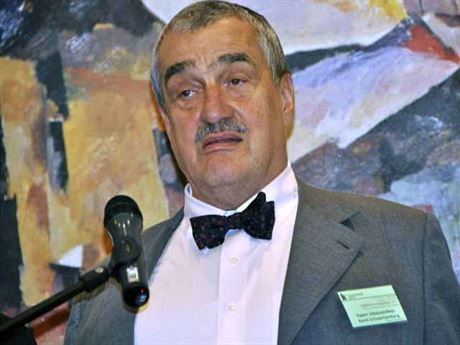 Czech Minister of Foreign Affairs and leader of the center-right party TOP 09, Karel Schwarzenberg, has stated that he would only consider standing as a presidential candidate in 2013 if direct elections are introduced. Nevertheless, it appears that President Václav Klaus’ spate of recent attacks upon TOP 09 and Schwarzenberg personally may have prompted the foreign minister to reconsider.

“It’s much harder to attack a presidential candidate. But Klaus is continually stepping up his attacks [on Schwarzenberg and TOP 09]. Therefore, we have decided not to hesitate any longer,” a member of the leadership of TOP 09 told the daily Hospodářské noviny (HN) on condition of anonymity.

Schwarzenberg, who previously stated that he would only stand for the presidency if the ruling coalition’s initiative to introduce direct presidential elections is successful, is refusing to reveal his position prior to TOP 09’s annual party conference this coming weekend. “To be honest, I’m a little averse to such bartering [among parliamentarians to choose a president].  If I do decide to go in for it even at that price, the delegates at the conference will be the first to know,” Schwarzenberg told HN.

Nevertheless, HN suggests Schwarzenberg’s nomination is a fait accompli: “The party’s leadership will officially nominate their chairman for the presidential post this Saturday,” the daily wrote on Thursday. “Not only would he make all of TOP 09 happy, he would also fulfill the wish of a large part of citizens,” TOP 09 deputy chairman Marek Ženíšek is quoted as saying.

Klaus’ latest tirade against TOP 09 may have prompted Schwarzenberg to stand for the presidency, irrespective of whether the ‘TOP 09 really shouldn’t make me angry. I’ll write them a message of greetings to their congress ... [telling them] they shouldn’t anger me in such a way, really not’next  president will be chosen by the people or parliament. Immediately after an article in this week’s edition of Respekt, which cites evidence suggesting money was paid for Klaus’ pardon of a policewoman convicted of corruption, TOP 09 called for greater control of the process by which the president grants pardons to be included in the draft bill to introduce direct presidential elections.

“TOP 09 really shouldn’t make me angry. I’ll write them a message of greetings to their congress on Saturday, October 22, [telling them] they shouldn’t anger me in such a way, really not,” Klaus told reporters when asked about TOP 09’s call to reform the presidential pardon during an official visit to the town of Litoměřice on Tuesday.

At the end of August, Klaus chose an annual gathering of Czech diplomats to harshly criticize the government’s foreign policy in what a number of observers interpreted as a blatant attempt to humiliate Schwarzenberg and undermine his authority as foreign minister with his subordinates and the general public.

Despite deputy TOP 09 leader Ženíšek’s claim about Schwarzenberg’s popularity, a recent poll by the SC&C agency indicates that only 14 percent of Czechs would like to have him as president.

Although 82 percent of the 631 respondents said they favored the introduction of direct presidential elections, differences over the extent of presidential powers — and reportedly fears among MPs that some of their powers may be limited as a result — have raised doubts that a draft bill on direct elections will be passed before a new president is to be selected in early 2013.

None of the other parties in parliament have nominated a candidate for the next presidency. The most likely candidates for the center-right Civic Democrats (ODS) — the largest in the three-party coalition that includes TOP 09 and Public Affairs (VV) — are the speaker of the lower house of parliament, Miroslava Němcová, and the party’s deputy chairman, Přemysl Sobotka, both of whom have expressed their readiness to stand.

No clear candidates have emerged from within the ranks of the center-left Social Democrats (ČSSD), the largest opposition party, though comments by some senior party members indicate the ČSSD is would back either Jan Fischer — for many years the head of the Czech Statistical Office (ČSÚ), and prime minister of the previous interim government (May 2009–June 2010) —, or economist Jan Švejnar, if either are prepared to stand. Neither Fischer nor Švejnar have ever been affiliated to a Czech political party.