The Polish chapter of ‘Schindler’s List’ is well known — and a tourist draw; could the Czech factory where ‘his Jews’ were rescued be too? 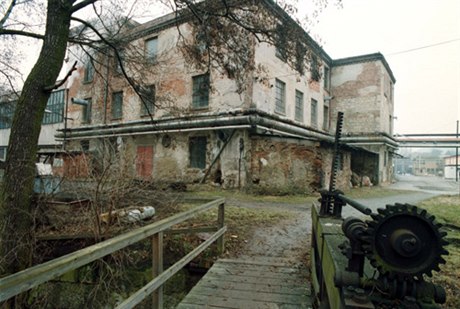 The former Vitka textile factory is now in the hands of an Olomouc firm keen to restore it and honor the memory of Oskar Schindler and the Jewish workers on his famous ‘List’ foto: © ČTK, Česká pozice 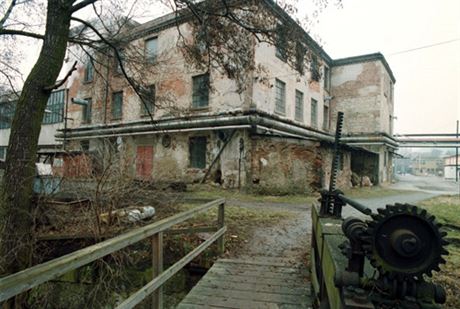 Steven Spielberg’s film adaptation of “Schindler’s List,” based on a book by Thomas Keneally, led to a cottage industry in Poland of tours tracing the steps of the Nazi industrialist who saved the lives of more than a thousand mostly Polish Jews who worked in his factories.

But Schindler’s own story — and the ultimate salvation of some 1,200 refugees of the Holocaust — is rooted in what is today in the Czech region of Pardubice, in the town of Svitavy, which during his childhood was a Sudeten German town known by the locals as Zwittau. The new owners of his old factory in nearby Brněnec, immortalized in the 1993 film starring Liam Neeson as Schindler and Ben Kinglsey as his Jewish accountant, Itzhak Stern, want to make it into a museum.

Interest in Schindler isn’t difficult to fathom: He was a man of great passions, contradictions and failings who left his mark on history in a time of unthinkable suffering. Officially a citizen of Czechoslovakia, before the war he spied for the German military intelligence (the Abwher); nominally a Catholic, though his own parents divorced, he married a pious woman of that faith and stayed with her for life, yet he was a notorious womanizer and joined the Nazi Party.

Schindler sought to profit from the invasion of Poland and took over an appropriated Krakow enamelware factory where made his living from those forced into labor, yet saved the lives of 1,200 of those people at great personal risk. Most famously, the opportunist-turned-humanitarian is “Righteous among the Nations,” an honorific used by the State of Israel to describe Gentiles who risked their lives during the Holocaust to save Jews. He is buried in Jerusalem, in the Catholic Franciscans’ cemetery on Mount Zion — the only member of the Nazi Party to be honored in this way.

As Hitler’s Third Reich began to crumble and the Red Army advanced from the East, drawing ever nearer to the Auschwitz death camp, the Heinrich Himmler’s SS began evacuating prisoners westward. Schindler managed to convince the SS to let him move his Jewish workers to a factory in Brněnec (Brünnlitz), near his birthplace in Sudetenland Czechoslovakia, thus sparing them from certain death in the gas chambers.

It was then that he (or rather his Jewish accountant Itzhak Stern) began compiling what came to be known as “Schindler’s List” of some 700 male and 300 female names of workers to be readied for transit to another destination.

In Brněnec, Schindler took possession of a formerly Jewish-owned factory where the Germans planned to produce hand grenades and parts for the V2 rockets it unleashed with such great devastation on London and other cities.

“He built a camp belonging to the Groß-Rosen concentration camp area at the former Löw-Beer textile factory site. The List features forged professions and ages of the imprisoned to keep families together where possible ... The transfer resulted in separate transports of men (via Groß Rosen) and women (via Auschwitz) to Brněnec,” notes the City Museum and Gallery of Svitavy.

“After their arrival, men had to sleep on bare floor because the camp had not been completed. Working hours were 11 hours a day and strict order was in place. Interestingly, Schindler’s wife Emilie came to Brněnec to help take care of the prisoners,” it says.

“One question that remains open is what was manufactured at the camp of Brněnec — probably parts of anti-aircraft cartridges, but some rumors said that Schindler bought the products on the black market to resell as his own. The Brněnec camp could hardly be considered a paradise. What is beyond doubt is that Schindler and a group of confident prisoners tried to make life more bearable to the Jews.”

After the Second World War, Schindler and his wife fled to Austria’s US zone, escaping prosecution as a Nazi party member and industrialist — thanks to a letter he always kept on his person, written by his Jewish factory workers:

Brothers! We, the undersigned Jews from Krakow, inmates of Plaszow concentration camp, have, since 1942, worked in Director Schindler’s business. Since Schindler took over management of the business ,it was his exclusive goal to protect us from resettlement, which would have meant our ultimate liquidation. During the entire period in which we worked for Director Schindler, he did everything possible to save the lives of the greatest possible number of Jews, in spite of the tremendous difficulties; especially during a time when receiving Jewish workers caused great difficulties with the authorities.

The Czech company that owns the Brněnec factory where those on Schindler’s list spent the final days of the war wants to turn it into a museum. “We value the fact that Schindler worked here. We have on the table a number of options, from establishing a walking trail to setting up a large museum,” said Tomáš Janů from the Olomouc-based company Blue Fields, which took over the site from a bankrupt textile manufacturer, told the news server idnes.cz. “We have addressed the Jewish community to find out whether they were interested in supporting us.”

Nearly ten years ago the Brněnec municipality decided that they wanted to create a museum at the site of Schinlder’s last factory — complete with guard watchtowers and barbed wire that surrounded the site during the war — and to rebuild the barracks that housed the forced laborers. At the time, the now bankrupt textile company Vitka wasn’t interested in cooperating on such a project.

Brněnec itself remains as keen as ever — but still is lacking funds, said its mayor, Blahoslav Kašpar. “Financially, we cannot offer any support, as we’re in debt, but we can contribute to and cooperate on the project,” he told idnes.cz.