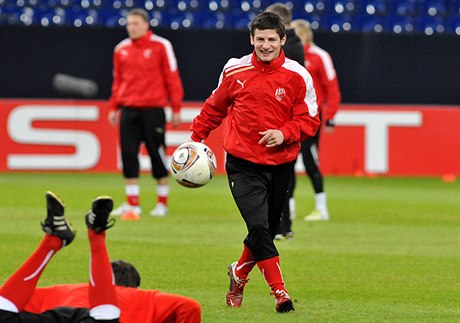 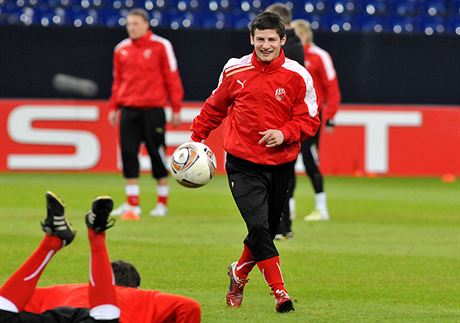 The last Czech football club in top European competition,  Viktoria Plzeň, have to improve on a 1:1 home leg draw last week against German giants Schalke 04 to get into the quarterfinals of the Europa Cup on Thursday night.

As well as the disappointment of a goal conceded at home,  Viktoria Plzeň have travelled to Germany knowing that influential captain Pavel Horváth will be sidelined from the game after being yellow carded a week ago. The veteran midfielder, a frequent taker of set pieces, has been identified as one of the main reasons for the west Bohemian club’s success over the past two seasons.

‘We now have something more since the autumn and are not going to Schalke with as much fear as when we saw these big stadiums for the first time.’

In spite of the home goal and Horváth suspension, the Czech club believe they can create an upset after humbling Schalke 04 in the home leg and being lucky not to add to their goal tally. Viktoria Plzeň players also reckon they have learnt a bit about playing on the big stage following their Champions League qualification run and group games against the likes of Barcelona and AC Milan.

“We now have something more since the autumn and are not going to Schalke with as much fear as when we saw these big stadiums for the first time,” defender František Rajtoral told Czech Television (ČT).

Schalke 04’s Dutch manager Huub Stevens has put his team’s chances of going through Thursday at 50:50, adding though that there is slight advantage from playing at home. “What we won’t do is play for a 0:0 draw,” he added. Stevens has been reported as saying that Horváth’s suspension might actually work against the German team by making Viktoria Plzeň less predictable and easy to read.