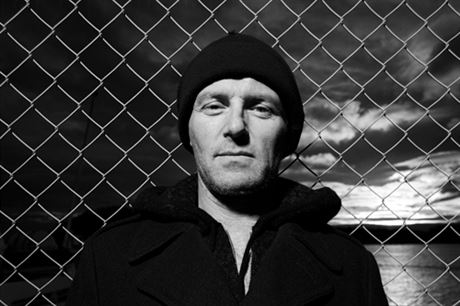 Norwegian crime fiction writer Jo Nesbo made his first trip to Prague this April 13 for the publication of the Czech version of his latest in the Harry Hole mystery series, Redeemer. The bestselling author explained how he wrote about the Czech capital before having seen it himself, about the violence in his novels and the role of Czechoslovakia’s 1969 hockey victory over the Soviet Union in planting the seeds of his desire to visit Prague.

The publishers of Jo Nesbo’s novels claim that one of his books is sold every 23 seconds. On top of the novels a film version of his book Headhunters has just been released and it was recently announced that American director Martin Scorsese will film an adaptation of the seventh Harry Hole novel, The Snowman.

As a frequent traveler, Nesbo is able to visit locations that he plans to use in his books. In the case of Prague, however, he wrote about the city first and only visited the Czech capital for the first time on this trip. In fact, he says that coming to Prague was his idea as he has otherwise been to every location in the Harry Hole series except here.

“I did actually do a lot of research on Prague before I wrote about it,” Nesbo said at a press conference. “My mother was here on several occasions, so I asked her about it. You can find all the facts about Prague in Lonely Planet [guides] or on the internet, but what you never can get is the atmosphere of a city and my mother has a strong sense of atmosphere and she told me what Prague felt like.”

Nesbo cited another reason for coming to Prague that has nothing to do with his or anyone else’s books. He remembers his father and older brother watching the 1969 the Czechoslovak team face off against the Soviet Union in the World Ice Hockey Championships in Stockholm.

“I was nine years old at the time and my father and brother were so enthusiastic … Since that time I didn’t follow ice hockey so much, but I’ve followed the Czech team in every world championship.”

The sound of violence

Nesbo identified the roots of his novels’ violent subject matter in his childhood curiosity and a fascination with evil. He recalled watching a classmate catching flies near his window desk and pulling off their legs with tweezers. It wasn’t the boy’s sadistic treatment of the flies that he found most intriguing but the fact that he must have planned it in advance.

‘I did actually do a lot of research on Prague before I wrote about it.’

Nesbo joked that, unfortunately, this former classmate of his has ended up a seemingly normal person with three kids, living a normal life.

As far as his writing is concerned, Nesbo wants to let the creative process run its course unhindered by too much focus on his own motivations for coming up with the stories he writes. “I have no idea where my ideas come from. I’m not sure if I want to know where they come from … There is most probably a method in there somewhere, but I try not to analyze it because if I got to know what I’m doing to closely then it wouldn’t feel like creating.”

Nesbo also offered some insights on his writing process. While some novelists require a highly specific routine to write, Nesbo says he can write anytime and anyplace. “Airports are one of my favorite places to write. I don’t know why. Maybe it’s the feeling that I’m doing two things at once – waiting and writing. So sometimes when I find out that my plane is delayed for three hours, I’m like ‘Yeah!’”

The lost Maradona of Molde

In listening to reporters’ questions before the interpreter at the press conference translated them into English, Nesbo commented on the Czech language. “I have travelled all over Europe and in most languages I can understand at least one or two words, but I have no idea what you were talking about.”

Nesbo finally found a Czech word he understood when someone referred to his early career as a football player in the Norwegian Premier League.

“As a soccer player I had the good fortune of being injured. I tore the ligaments in both knees and, yes, I was a talented football player, but there are so many talented football players at the age of 19 and they don’t develop anymore. And to be realistic, that is probably what would have happened to me, but fortunately I never got a chance to disappoint my fans.”

Nesbo also says that his success as a writer has cast a retrospective glow on his athletic abilities. “The good thing is that in my hometown now, probably because I’ve been a successful writer, they remember me as a better and better football player for every year that passes, so by now I’m the lost Maradona of Molde.” (Nesbo was born in Oslo but grew up in the coastal town of Molde).