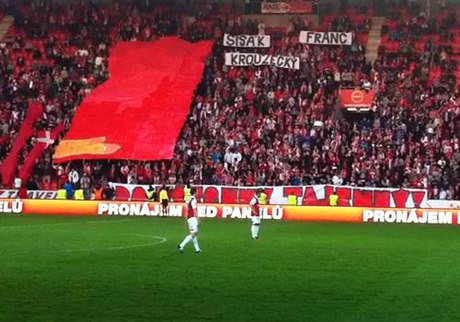 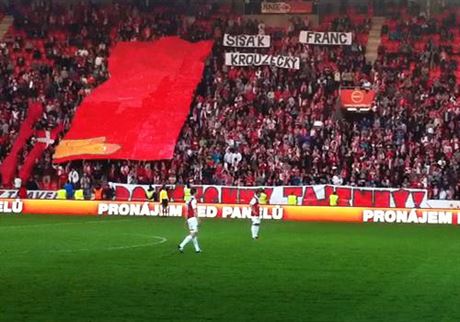 Fans of Slavia Prague FC can breathe a collective sigh of relief (including former Social Democrats leader Jiří Paroubek, who promised to contribute Kč 250,000 to the club if the need arises). Representatives of a strong investor will next week provide enough finances to meet the financial demands of the Czech and Moravian Football Association (ČMFS) for Slavia to retain its license to play in the Gambrinus Liga — the top division in Czech football — a representative of the investor has told Czech Position.

The immediate cash injection is the investor’s first step toward gaining ownership of Prague’s oldest professional football club, the source says. Czech Position knows the name of the investor, but given the complexity of affairs at Slavia and the takeover attempt we will conceal the identity for now. But Slavia fans can relax: The new investor is not a person or a company represented by František Chvalovský and Petr Sisák’s one-time chauffeur, who for a time played the role of owner of a majority stake in SK Slavia Praha – fotbal.

It will be no easy task for the new investor to gain control of the club. First of all, the investor will have to put up around Kč 10 million to cover debts and obligations that will otherwise prevent the club from receiving a first division license for the 2011–2012 season. Then there’s the debt of around £3.7 million (over Kč 10 million) that Debt Collect London Ltd has taken over from the firm ENIC — the former owner of the club: The British High Court ruled on March 24 that the debt is due with immediate effect and not as of November, as reported by several sources.

If the new owner does not reach an agreement with the owner of the debt, Slavia may soon face distrainment orders and bankruptcy proceedings. According to Czech Position’s information, however, the new investor is willing to agree to pay off the debt in installments if the conditions are right.

But the new investor also faces a tough battle with the nontransparent ownership structure of firms and persons that has arisen at Slavia FC in the past two years. Foremost, these are E Side Property (the owner of Eden stadium in Prague 10, Slavia’s home ground) and the mysterious current owners of the club, who allegedly represent the controversial businessmen Petr Sisák and Vladimír Kroužecký.

An interesting asset transaction took place in London at the beginning of this year. According to the UK’s company register, the basic capital of E Side Property was raised by £21.1 million (around Kč 611 million) on Feb. 14 — previously, the firm’s basic capital amounted to just £100. This raised questions about who is the real owner of E Side Property. Various reports have emerged that this firm could attempt to wrestle control of the football club’s ownership.

In May 2010, E Side Property held 70 percent of the shares in the company Key Oak, and the remaining 30 percent were divided between the former chairman of Slavia’s board, Tomáš Rosen, and Antonín Rovenský, whose company ROTO is one of Slavia’s long-term partners.

According to Czech Position’s information, the capital was raised by the amount of a certain debt. When asked who raised the basic capital of E Side Property — and what stake that person has in the firm — Rovenský replied that he had no idea. “Ask Rosen’s colleague who dealt with it, but he probably won’t tell you anything about it,” he said.

Neither Rosen nor Kroužecký replied to the same question we put to them via SMS.

Even the new director of E Side Property as of March, Pavel Kukla, was unwilling to comment about who raised the capital and what debt may be involved. “At the time of the transaction, I wasn’t yet with the company. To raise the basic capital is not something unusual for any firm,” Kukla told Czech Position.

On Thursday, April 29, E Side Property informed the ČMFS that Slavia has an overdue debt with the company. “It’s a debt for general running [of the Eden stadium] which is specified in the contract for the rental of the stadium,” Kuka told Czech Position, though he refused to reveal the amount he says the club owns his company. In any case, E Side Property is a creditor of Slavia and could participate in any insolvency future proceedings against the club.

Speculation that E Side property intended to take control of Slavia arose in late February, when the company became a fully fledged member of the ČMFS. Kukla, however, denies the reports. “It’s not within our power to take over the club. The firm is in no way ready to run a professional [football] club. It’s not an easy proposition,” Kukla said. E Side Property has two tenants for the Eden stadium: Slavia and top flight club Bohemians 1905. The company also wants the Czech national team to play there as often as possible.

“We want to be the largest partner of the ČMFS. Membership in the association will also help us to better negotiate with [the association’s] individual members and make it easier to resolve any disputes that may arise,” Kukla added.