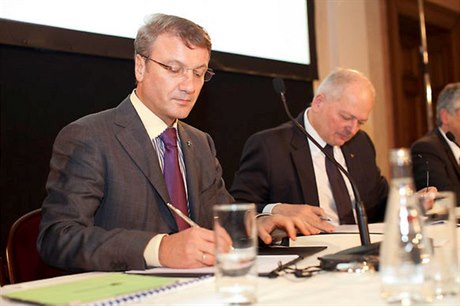 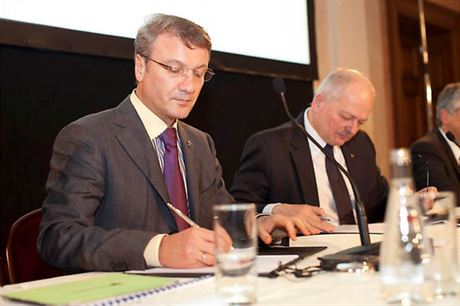 Russia’s largest retail bank, Sberbank, has completed the payment of $660.5 million (Kč 12.7 billion) for the Czech and most other Central European assets of Volksbank International (VBI) from Volksbank AG of Austria.

The sale price was originally agreed at $788.6 million but Sberbank subsequently managed to negotiate a reduction. Sberbank’s CEO, German Gref, has announced the VBI branches in the CEE will be rebranded as Sberbank.

According to the RIA Novosti agency, in terms of assets Volksbank International is among the top ten financial institutions in the Czech Republic, Slovakia, Croatia and Bosnia & Herzegovina, and among the top 15 in Hungary, Serbia and Slovenia.

VBI assets in Romania, where the bank has 295 branches and over 600,000 clients, were not included in the deal and are to remain in the ownership of Volksbank AG.

VBI has 25 branches in the Czech Republic, all of which currently operate under the Volksbank name. VBI also has operations in Ukraine and holds a license to operate in Austria as a different entity to the former mother bank.

Under the deal Sberbank can only use the Volksbank brand for a limited time, so a rebranding of newly-acquired VBI outlets in the CEE will take place.

“At the end of the first year of operation we will lose rights to the Volksbank brand and we will have to rename it as Sberbank. Therefore, during this year we will make preparations for the rebranding and that next year all our clients visiting the countries of Eastern Europe will be able, I hope, to see the familiar brand of Sberbank of Russia,” Sberbank head and former minister for economic development German Gref said in an interview with the Rossiya 24 television on Tuesday evening, the same day the bank announced completion of the acquisition.

The deal was completed on February 15 but only announced by Sberbank this week. It becomes the first Russian retail bank to own a retail banking chain in the EU.

According to RIA Novosti, at the end of June, 2011, VBI’s assets, excluding Romania, were worth €9.4 billion.

Gref earlier said Sberbank would approve and implement a business development plan for its VBI assets in May. At the same time he said no major personnel changes would implemented in VBI’s CEE branch operations, though he said Russian managers will probably be appointed to management positions in CEE countries.