Return of Prague 13 money as dodgy as its ‘investment’ 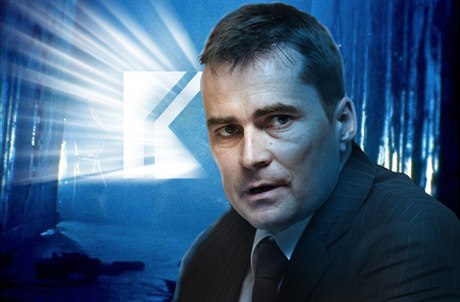 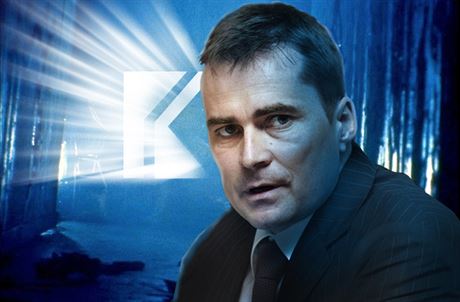 On the surface of it, Prague 13 district mayor David Vodrážka (Civic Democrats, ODS) can be proud as a peacock that unlike his counterparts from Prague 6 (Marie Kousalíková, ODS) and Prague 10 (Milan Richter, ODS) he no longer has to lose any sleep over recovering council money entrusted to the troubled brokerage Key Investments.

To be sure, it’s good news for the taxpayers in Vodrážka’s district, whereas the others have yet to recover the hundreds the millions “invested” with Key Investments, which is under investigation by the Czech National Bank (ČNB). But his nightmare should not be over. The terms under which Vodrážka got the Kč 200 million back are even more suspicious than all the previous transactions uncovered in this story of dodgy dealings. And he refuses to make the documentation public.

In early July, Vodrážka triumphantly declared that the district had recouped all funds entrusted to Key Investments. He even boasted that the town hall had made Kč 7 million on the deal. “That’s more than [it would earn] in the bank,” he said, implying the money had come from the Key Investments account, and most of the Czech media, including Czech public television (ČT) and radio (Český rozhlas), reported the story as Vodrážka would have wished.

Vodrážka declined to answer Czech Position’s questions on the “interest” Prague 13 had earned, saying he would hold a news conference at which all would be made clear. We looked forward to candid answers on the origins of the money, which Prague 13 received in a few payments via the law form of Jan Pacovský, but the district mayor cancelled it, saying nearly all the media had reported on the facts already. ‘[It] is an absolutely legal procedure, which is not an occasion for speculation.’

“The final installment from Key Investments (exceeding Kč 106 million) was transferred to the account of Prague 13 by the law firm of Jan Pacovský, which is an absolutely legal procedure, which is not an occasion for speculation,” Prague 13 spokesman Samuel Truschka told Czech Position. On the contrary, it is precisely the fact that the money did not come directly from Key Investments that invites speculation.

Who sent the nearly Kč 207 million to Pacovský? Where did this money originate from? Why didn’t Key Investments send it directly to Prague 13? The public has the right to a clear explanation from Vodrážka and the district town hall. For starters, proof that the money sent by Pacovský came from Key Investments, and an explanation of why this method — and specific law firm — were chosen to deliver it is in order. Why would Prague 13 keep this a secret? In doing so, it raises red flags and invites speculation.

Perhaps these questions should be posed by the Finance Ministry’s special auditing arm, the FAÚ, or investigators from the anti-corruption police, because otherwise Prague 13 is under no legal obligation to publically explain the transactions.

Answers for the district mayor’s colleagues

With Prague 13’s money Key Investment bought bonds from Via Chem Group (for Kč 180 million) and the company E Side Property (for more than Kč 16 million). The first bond matures at the end of 2013, the second falls due only in the autumn of 2024.

Also drowning their money in these illiquid bonds were the municipalities of Prague 6 (roughly Kč 250 million), Prague 10 (Kč 200 million), and the town of Sokolov (about Kč 30 million), among others. Therefore, they would also like to know answers to these questions so that they can also offer these bonds to David Vodrážka’s saviors and hope to solve the long-term problem called Key Investments.

Who is the bigger political ace?

Prague 13 signed, however, a different contract with Key Investments than did Prague 6 and 10. According to the contract, the municipality was supposed to receive money, not securities. The fact that Key Investments signed such a contract last year shows that the brokerage desperately needed the Kč 200 million from Prague 13.

But Vodrážka also took a great risk as Key Investments has only Kč 20-million in capital and in the past made only small profits (in 2009 only Kč 300,000). Who assured Vodrážka that a company with a capital of Kc 20 million will pay back 10 times more? If a director of some company signed such a contract, the supervisory board would immediately sack him and call the police. But Prague 13 isn’t such a company; a grand coalition of Civic Democrats (ODS) and Social Democrats (ČSSD) rules here.

Milan Richter, Marie Kousalíková and also the former mayor of Prague 6 (the current ODS Environment Minister) Tomáš Chalupa still have a problem on their shoulders. They can envy Vodrážka that he was the first to be helped. They may wonder whether Prague lobbyists and mighty financial groups considered Vodrážka more politically valuable than them.