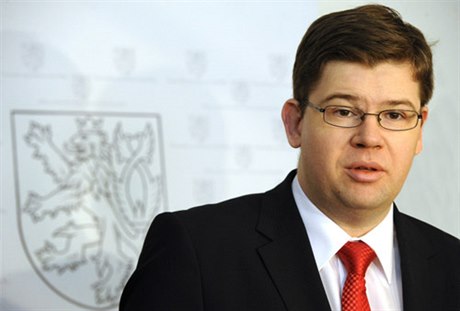 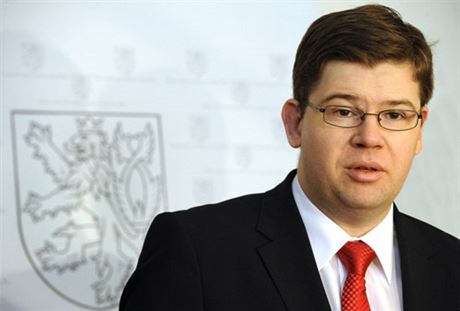 The Czech president has dismissed Justice Minister Jiří Pospíšil, acting on a request by Prime Minister Petr Nečas (Civic Democrats, ODS), who told a news conference on Wednesday he had lost confidence in his fellow party member’s ability to manage the ministry and its finances.

Pospíšil had repeatedly called for budget increase of Kč 1 billion — saying that without this extra money the Czech prison system would not be able to manage the overcrowded facilities — at a time when the center-right government is implementing across-the-board cuts in an effort to rein in spending.

“The reason [for his dismissal] is the mismanagement of the ministry, especially in budgetary matters. All ministers are implementing painful cut, decreasing salaries and laying off people,” Nečas told reporters. “This entire government was belt-tightening, and he suggests increasing the budget by Kč 1 billion. My confidence in his managerial skills dropped below the freezing point.”

Nečas also said that if he agreed to a budget increase for the penitentiary system it would have a demoralizing effect on the government as a whole. He said he would decide on a successor to Pospíšil within a week and had a candidate already in mind.

Meanwhile Pospíšil told Czech Position he had learned of the decision only an hour before Nečas held the press conference and had no idea that the prime minister was planning such a move over his request for a few hundred million more crowns. “There was no warning. I learned of my recall at 9:15 on Wednesday morning. There is evidence of correspondence with the Ministry of Finance a year ago that it is necessary to allocate further resources to the prison service,” he said.

Currently there are nearly 24,000 people behind bars in the Czech Republic, 13 percent above the institutions’ capacity. The Czech government on May 30 announced it had earmarked another Kč 550 million for the Prison Service budget, most of which Pospíšil found from his ministry. In addition, the service will get Kč 150 million from the reserve budget.

The outgoing justice minister had asked for Kč 940 million in total while setting out proposals to gradually reduce the number of inmates serving time in prisons. To ensure money for the next few months, Pospíšil had hoped to raise some Kč 250 million by selling some of the ministry’s unneeded property. Meanwhile, Bohuslav Sobotka, chairman of the main opposition Social Democrats (ČSSD), has called on Nečas to disclose why he really had Pospíšil sacked. “No one in the country considers the reasons stated by the prime minister to be the real reasons. Citizens deserve to hear the truth …” he said. ‘We are seeing the recall of the Justice Minister as one of the biggest corruption cases unfolds and the Prime Minister and Finance Minister Miroslav Kalousek undermine the independence of the judiciary and the police.’

ČSSD deputy chairman Lubomír Zaorálek noted that the justice minister’s dismissal comes as the Czech anti-corruption and financial crime police unit (ÚOKFK) is investigating former defense minister Vlasta Parkanová (TOP 09) and others over the 2009 purchase of CASA transport aircraft, said to have been deliberately overpriced by Kč 658 million. “We are seeing the recall of the Justice Minister as one of the biggest corruption cases unfolds and the Prime Minister and Finance Minister Miroslav Kalousek undermine the independence of the judiciary and the police,” Zaorálek said.

Foreign Minister Karel Schwarzenberg, the chairman of TOP 09 (a junior party in the coalition government), also questioned the move by Nečas. “It is fully within the competence of the Prime Minister. But he did it without the slightest consultation with his coalition partners. It’s a very bad move that will further undermine confidence in this government,” Schwarzenberg said.

“The minister [Pospíšil] very courageously fought to purge the judiciary [of corruption], and I was finally beginning to have hope that it would operate according to the law without [political] considerations,” he said, as cited by the news server Aktuálně.cz.

There is speculation in political circles that one of the real reasons for axing Pospíšil is that he failed to appoint a new head of the Supreme Prosecutor’s Office (VSZ) in Prague, whose tasks include overseeing the CASA investigation, to Nečas’ liking . According to trusted sources within the ODS, specifically, he was set to name Lenka Bradáčová of the regional office in Ústí to the post, who represents a threat to certain vested interests.

“The reason for Pospíšil’s recall comes down to one word — Bradáčová,” a member of the ODS leadership who wished to remain anonymous told Czech Position, saying that the justice minister had also pushed for too rapid changes in the judiciary to much of the party’s liking.

“At a recent meeting of an ODS committee on the judiciary, people like [former interior minister] Ivan Langer and [Deputy Finance Minister] Zdeněk Zajíček characterized the reforms as part of a coup and a return to communist prosecutors,” the ODS source said, adding that Pospíšil’s long-term political career could be bolstered by his sacking.

For his part, Pospíšil said it would be unfortunate if the reform of the judiciary system was halted and the VSZ post was not filled by one of the regional prosecutors. “I am leaving conciliated. I do not deny that as minister I elected representatives who are not connected with former Supreme State Attorney Renata Vesecká,” he said. “I hope that my successor will do the same,” he said, declining to comment on whether he had been under pressure regarding Bradáčová.

Later he told a news conference that he had presented a proposal to Supreme State Prosecutor Pavel Zeman to name her to head the VSZ. According to Czech Position’s sources, he had wanted to appoint Bradáčová to the post on Friday, when Nečas was due to be at the EU Summit in Brussels.

(In 2009 the ČSSD and the Green Party (SZ) both demanded that Vesecká leave her post, citing concerns over the failed prosecution of Jiří Čunek, former deputy prime minister and chairman of the KDU-CSL party (the junior party in the governing coalition), who had faced corruption charges.)

Bradáčová herself said she was taken aback by news that Pospíšil had been sacked. “It’s surprising to me because Mr Pospíšil recently succeeded in a dispute with [former Chief Prague Prosecutor] Vlastimil Rampula at the Supreme Administrative Court (NSS),” she said. Pospíšil had claimed that the top prosecutor had held up key corruption investigations and mishandled a major privatization case, costing the state tens of billions in damages.

“Moreover, under-funding of the prison system has long been a problem, and the money is really needed because you cannot simply stop heating the facilities and not give food and clothing [to the inmates],” Bradáčová said.

In the corridors of the justice ministry, there is talk that Nečas and part of the ODS wanted to ensure that changes at the VSZ were not too radical. One way to do so would be to appoint a low-profile expert to the post while retaining the behind-the-scenes services of Libor Grygárek, deputy to Rampula.

The Czech anti-graft group Public Against Corruption (VPK) estimated that the two men were responsible for the failure to investigate seven cases where damages amounted to around Kč 65 billion to the Czech state plus another three major cases where no clear figure could be put on the damages (the collapsed bank IPB, led to estimated damages of Kč 6 billion; corruption in the deal to hire Gripen jet fighter aircraft, Kč 20 billion.)

In so-called “war of the prosecutors,” Pospíšil had focused on the privatization of Mostecká uhelná společnost (MUS), now called Czech Coal, the second-largest coal mining company in the Czech Republic. The controversial Appian Group acquired a bare majority in the company in May 1999, two months later buying out the state’s remaining 46.29 percent stake. As of December 2010 it is fully owned by Czech billionaire Pavel Tykač, through the privately-owned investment company Indoverse.