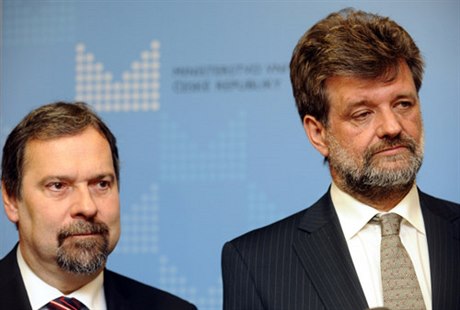 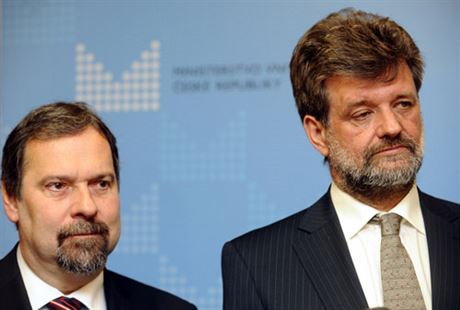 In an ironic twist, the Czech Ministry of Interior (MV), which is responsible for coordinating the use of European funds aimed at improving state administration, is under the spotlight itself for serious flaws in the way those funds are being managed.

These problems were highlighted last week in a report to the government that Czech Position has seen.  It warns that several hundreds of millions of crowns earmarked for the Czech Republic could be withdrawn due to delays in implementing some projects.

The funds at risk are linked to two operational programs: the Integrated Operational Program (IOP) and Human Resources and Employment (HRE). The ministry says blame for the delays lies not with itself but with other state institutions, regions, and local councils that were supposed to carry out the projects on the ground.

The EU cash forms part of a wider Smart Administration initiative aimed at encouraging more efficient state administration. While the MV boasts on its website that Czech administration is “primarily conceived as a service to citizens, fulfilling the principles of good governance, working effectively and efficiently, ” most Czechs would probably beg to disagree. The slow, surly and shoddy state apparatus is one the most frequently cited bugbears in the country.

Funds for Smart Administration initiatives amount to billions of crowns, with one of the main tasks being the creation of six basic registers, or databases, that would save citizens from seemingly endless paper chases between state offices. Time could theoretically be saved when they are in place with, for example, an address change notified to one office shared with all the others automatically.

The material submitted to the government about how the Smart Administration initiative is panning out locally points out more than 20 projects that have run into, yes, administrative problems. These problems have been identified:

As to the six databases at the core of the Smart Administration initiative, only three are up and running. And it is not clear whether they will all be ready for the launch date of the integrated system in mid-2012.

The Ministry of Interior and Ministry for Regional Development (MMR), which oversees the use of funds, agree that the blame for the delay is the fact that the competition watchdog, the Office for Protection of Competition (ÚOHS) questioned the way tenders had been drawn up. The MMR and experts also point a finger at frequent changes in government priorities and confusion created by local elections.

Officials, however, maintain that corrections are being made in the system and that the overall process is running okay. But the impression that the Ministry of Interior is at least partly at fault is fueled by the flaws revealed in how the national police force is managed and the problems that  frequently crop up whenever the ministry has to deal with other institutions and manage large flows of money.