Put Parkanová on trial – for her own good

If TOP 09 fight to prevent ex-MoD Vlasta Parkanová from facing prosecution, the party will be violating its own principles 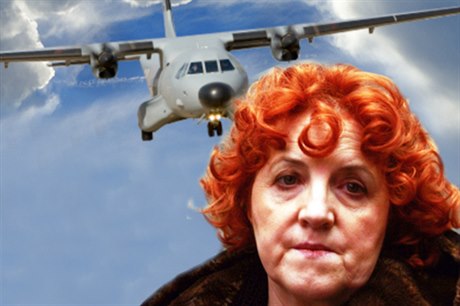 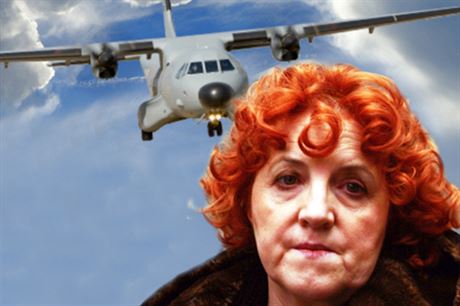 The lower house’s Mandate and Immunity Committee interviewed former defense minister and fellow MP Vlasta Parkanová on Wednesday for a second time over the 2009 purchase of CASA transport aircraft, said to have been deliberately overpriced by at least Kč 658 million. And for a second time, they took no decision whether to lift her immunity so she can face charges filed by the Czech anti-corruption and financial crime police unit (ÚOKFK). Why?

The ÚOKFK wants to file charges of abuse of office against Parkanová (TOP 09), who served as defense minister from 2007 to 2009, and for allegedly violating her fiduciary duties regarding the purchase of four CASA C-295M planes for the Czech Army from Spanish aircraft maker EADS, a subsidiary of Airbus Military. Some MPs, who had the file on the CASA case from police investigators said they needed additional documentation; they don’t have much time, as the vote is scheduled for July 10.

However, committee member Stanislav Křeček, a member of the main opposition Social Democrats (ČSSD) and a lawyer by profession, told the public radio program Radiožurnál that his fellow MPS need no additional documentation to make a decision. The task of the committee is to determine whether petition to allow the prosecution of an MP has political undertones, whether it is a provocation. The rest is beyond the competence of the committee.

In other words, the committee has nothing to investigate and certainly is not meant to determine whether Parkanová, the deputy speaker of the lower house, is guilty or not. That’s for the courts to decide, based on the evidence put forth by police investigators and the prosecutors, if MPs allow the process to go forward, after hearing the recommendation from the committee (which they may accept or not). Again, MPs sometimes have disillusions of grandeur — and the Parkanová case is not the first example — fancying themselves to be judge and jury, as well as investigator.

Regardless, it is likely that Parkanová will see her immunity lifted, despite the comprehensive efforts of TOP 09 vice chairman Miroslav Kalousek, the finance minister, on all fronts. After all, the Mandate and Immunity Committee head is ČSSD party chairman Bohuslav Sobotka, and the opposition has eight seats on the committee to the coalition government’s seven.

And although coalition has a slim majority in the 200-seat lower house, the support of all its members — not even within TOP 09 and the alliance of Mayors and Independent Candidates (STAN) or the Civic Democrats (ODS), let alone the wildcard Public Affairs (VV) — is not something Parkanová can count on. So unless some dark horse emerges among the Communists (KSČM), which has happened, the opposition will succeed in stripping her of immunity.

Kalousek, himself a former deputy defense minister responsible for budget and acquisitions (1993–1998), has said is absurd to look to prosecute only one minister when the entire Cabinet approved the CASA deal, and said the firm American Appraisal, which determined the CASA contract was overpriced by Kč 658 million, lacks credibility.

Furthermore, Kalousek argues that the Defense Ministry has no obligation to order expert appraisals as this is done internally in case of the trade of “special materials.” On that point, the Institute of State and Law’s chief justice, Jan Bárta, agrees with him (it made the assessment upon a request from the Finance Ministry). In purchasing “special materials,” a procedure may be applied that does not bind officials to compare prices and enables them to accept the price offered by the seller, he wrote in the assessment. (By the way it was Kalousek, chairman of the Christian Democrats (KDU-ČSL) at the time the CASA deal was arranged, who put forth Parkanová (then also a member of that party) as defense minister.)

Of course if Kalousek fails to convince MPs not to lift his protégé’s immunity that does not mean necessarily mean she will be prosecuted in court, as the supervising prosecutor could also halt the process. True, he or she would have to be courageous because public opinion and the media would be highly suspicious that the case had been swept under the rug and not abandoned for legitimate reasons.

Regardless, Kalousek’s charges that the Parkanová case is tantamount to “an unprecedented assault by the police on the democratic decision-making processes of the state” and warnings of an emerging “police state” ring hollow. It is therefore little wonder that opposition politicians and pundits question if he doesn’t himself have something to hide, that he is worried digging into CASA will uncover skeletons of his own making. Kalousek strongly rejects such speculation, but his passionate defense of her will continue to have a boomerang effect.

It is no coincidence that some members of TOP 09 and in particular those close to STAN leader Petr Gazdík refuse to get behind Kalousek on this front. They believe that Parkanová, like any other member of parliament, should have her day in court, the only body that can determine one’s guilt or innocence. Furthermore, the party of Kalousek and Karel Schwarzenberg (the foreign minister and TOP 09 chairman) has out of principle in the past always voted to allow MPs to face prosecution.

After Wednesday’s meeting of the lower house’s Mandate and Immunity Committee, Parkanová told journalists she had presented a number of documents, including opinions from an associate professor at the law faculty of Charles University and others, supporting the argument that she was not required to submit “an expert opinion before deciding to purchase the CASA aircraft.”

She declined to directly answer to a question as to whether she though the house would waive her immunity: “Let me respond to that question later, perhaps in the house plenary. I’m not going to convince anyone how to vote or what to think.”

Parkanová, who a few short months ago ranked among the most popular Czech politicians, is no ‘Iron Lady’ and does not appear to have responded well to the psychiatric strain brought on by the allegations. At the same time, she appears to be absolutely convinced she has done nothing wrong. Would it not be best for that to be stated authoritatively by a court? Would it not be better than being the subject of speculation for the remainder of her political career?