Put on your ‘Sneakers’ and run for some Bulgarian films 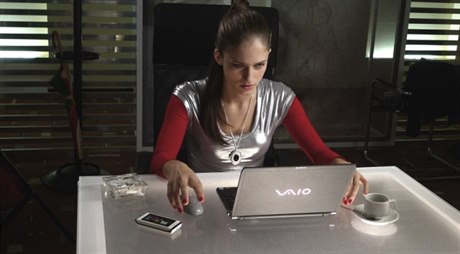 The fourth edition of the Days of Bulgarian Film festival is bringing some of the best of that country’s recent cinema to Prague’s Kino Lucerna and FAMU, the Film and TV School of the Faculty of Performing Arts, from February 10 to 12.

“Some really good films were released in Bulgaria in the last few years. The creators of these films are mostly young people. In the past few years, we have seen a new generation of filmmakers with a fresh outlook and innovative approaches,” Galina Todorova, director of the Bulgarian Cultural Institute (BKI) in Prague, told Czech Position. BKI is sponsoring the event. A law that took force in 2004 to promote both fiction and documentary film production has helped to give these new directors and writers a boost.

These younger filmmakers are helping to put Bulgarian cinema onto the international stage. “Having grown up in a competitive local and international environment, young Bulgarian filmmakers are well aware that they cannot afford to disrespect their audience,” Todorova said. “So they have chosen the straightforward approach, grabbing the attention of viewers with the hot issues of the day and presenting them in an intriguing and truthful manner.” Several film professionals are coming to introduce their films.

One film that Todorova pointed out in particular is “Sneakers” (Tenisky), which won a special mention at the 2011 Moscow International Film Festival. The film caused quite a bit of controversy, according to media reports. The jury wanted to give top honors to the film, but the festival organizers insisted that another film be chosen.

In protest to the decision, jury head Geraldine Chaplin — daughter of screen legend Charlie Chaplin — wore sneakers to the closing ceremony. “I will be wearing sneakers until the movie is awarded at some point,” she said during the festival, according to Bulgarian media. The special mention, which is unusual for the festival, was a compromise.

“Sneakers” is the debut film of Ivan Vladimirov and Valeri Yordanov. The tale involves six young people who spend the summer in a protected area that is one of the last unspoiled spots on the Black Sea coast. The title in English is a bit of a pun referring to casual footwear and the main characters themselves.. “Aged between 20 and 30, with different occupations, education and religions, they decide to ‘sneak away’ from the aggression of the big city and to construct their own paradise on a lonely beach,” Yordanov said, as cited by FilmNewEurope.com.

During the film, each of the main characters reveals his or her dreams and desires. But the police don’t want people living in the protected area, and it soon becomes clear that the situation can’t last. Yordanov and actor Ivan Barnev are scheduled to attend the festival. Barnev may be familiar to local audiences from his appearance in “I Served the King of England.”

Several characters are looking for romance or amusement through online dating in “Love.net,”which was shown out of competition at the Moscow International Film Festival in a program called Savage Nights. The film blends reality into the script, as the filmmakers asked people using the real dating site Elmaz.com to share their experiences. Some 7,346 people responded. Some of the computer profiles seen in the film are real ones from people who agreed to participate in the film.

John Lawton, who was the lead vocalist for Uriah Heep from 1977–81, makes his screen debut in the film as a music executive. The rest of the cast is composed of a mix of new faces and well-known Bulgarian actors including Hristo Shopov, who appeared in Mel Gibson’s “The Passion of the Christ” and model Diana Dobreva, who was in “Monkeys in Winter” and “La fine del mare.”

The festival also has a couple of documentaries. “My Mate Manchester United” (Manchester United ze Svištova) introduces the audience to a construction worker who fought a long legal battle to legally change his name. “The man had spent 10 years of his life battling with the legal system for the right to be named after his favorite football club,” director Stefan Valdobrev said in a statement.

“Twelve court cases. … He even changed his religion [and was] baptized with a new Christian name: Manchester United, hoping this would be the important circumstance that would convince the judges.” The director remembered the story when he was looking for a subject for his first film.

A lucky event made the idea even more interesting. “The Bulgarian top-striker Dimitar Berbatov became the biggest transfer in the history of Manchester United Football Club. That fact gave my future film a different dimension,” Valdobrev said.

This created a reason for the construction worker to go to Britain and meet the team. The director will be able to tell the audience more in person, as he is scheduled to attend the festival.

History comes to the forefront in “Prague Spring Sofia Summer 1968” (Pražské jaro a sofijské léto 1968), which uses archival material from Czech and Bulgarian sources and new interviews. It looks back at that crucial year and how the two countries wound up on opposite sides of the effort to create communism with a human face.

More mundane concerns are tackled in “Rules of Single Life” (Pravidla mládeneckého života), a Bulgarian–Finnish co-production about four male friends — including the director, Tonislav Hristov — looking for romance. While a documentary, it is shot in a style that makes it seem more like a fiction film. The result has been compared to “Sex in the City.”

Other films in the festival include “Voice Over” (Mimo záběr), about a filmmaker who is split from his family by the Iron Curtain; the Czech wartime melodrama “Želary,” shot by Bulgarian cinematographer Asen Sopov; and several blocks of student films.

Tickets to films at Lucerna are Kč 80 and screenings at FAMU are free. Films should have both English and Czech subtitles. A meeting with Bulgarian filmmakers takes place Feb. 10 at 1 p.m. at FAMU. A complete program is at www.bki.cz.