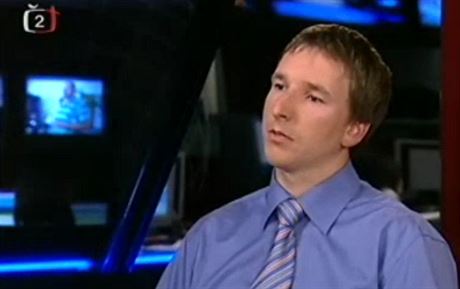 The links between Czech head of state of founder of the center-right Civic Democrat party (ODS) Václav Klaus and the remnants of the Public Affairs party (VV) appear to be exceptionally strong.

The president in recent months has conspicuously stood up or the VV’s former education minister Josef Dobeš — at one stage picking him out as the country’s “best education minister” since the fall of the communist regime in 1989 — for and de facto VV leader Vít Bárta  — characterizing the politician recently convicted for bribery as a renaissance man.

But it now appears that a VV top party member could be in line to take charge of Klaus’ emerging institute, the clearest memorial to his soon to end two-term presidential mandate and previous political office as prime minister, finance minister and speaker of the lower house of Parliament.

According to information obtained by Czech Position, the institute’s top position could be filled by none other than the former chief advisor of VV chairman Radek John, the former political commentator and pundit Jan Kubáček, 30, who is also a close collaborator of Bárta.

Several sources have suggested he has been tapped for the post; when directly pressed by Czech Position, Kubáček did not deny the reports. “I cannot at the moment say anything about it,” he answered.

The former head of Klaus’ free market, liberal think tank, the Center for Economics and Politics (CEP), and ideological fellow traveler of the president, Petr Mach, did not, however, give much credit to the idea. And the head of the president’s office tasked with overseeing the creation of the new institute, JiříWeigel, was even more forthright. “That is not true. Neither I nor the president know Kubáček,” he replied. According to earlier information, Weigel himself was being lined up to head the institute.

Deputy prime minister of former VV deputy chairwoman Karolína Peake was also dismissive of the suggestion that Kubáček might have been lined up for the position during her time in the party. “I really have no inkling of this. I am hearing it for the first time,” she commented. Peake quit VV in mid-April to proceed with settling up a new party, LIDEM (short for Liberal Democrats).

The behind-the-scenes backer and sponsor of the new institute is set to be the richest Czech and main shareholder in the Dutch-based PPF group, Petr Kellner; he has voiced his willingness to back Klaus’ institute.

If Kubáček were confirmed to run it, it would not be the first time that links between PPF and Public Affairs have come to the fore. Czech Position in February last year revealed how two of Kellner’s former high-placed managers had been slotted into jobs at the Ministry of Transport when it was still being run by Bárta.

The deputy minister at the time responsible for alternative financing for transport infrastructure was Petr Sedláček. He was from 1996-2001 the board chairman of PPF’s loans company Home Credit and general manager of the group firm CP Leasing. The head of the newly created division for alternative financing at the Czech state Roads and Motorways Directorate (ŘSD) was Petr Janda. He was the board chairman of PPF’s company tasked with overall management of its claims, CM Credit.

Kubáček became one of public broadcaster Czech Television’s (ČT) political commentator’s of choice during the tenure of the previous center-right government of Mirek Topolánek (Civic Democrats, ODS) ahead of elections in mid-2010. He gave the impression of being able to smoothly field even the most tricky questions. Those prone to disparaging comments pointed out that he would not have seemed out of place in a car showroom. In fact, Kubáček actually performed a review of Škoda Auto’s top-of-the-range limousine, the Superb, for one of the country’s main auto web sites.

Kubáček’s own blog profiles himself as “the author of several popular books, co-author of several compilation works and with more than a thousand articles and commentaries” to his account. As a former student of politics, I didn’t come across too many of these expert studies or other works, but everyone can judge for themselves on their range and merits in libraries and bookshops.