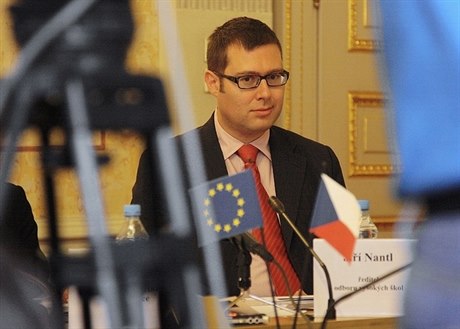 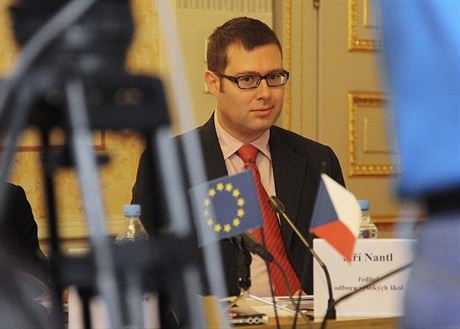 The Executive Council of Public Affairs (VV) reportedly agreed on Tuesday to put forward Jiří Nantl (nonaffiliated) as their nominee to take the ministerial post in the Ministry of Education, recently vacated by Josef Dobeš (VV). Another party member thought to be a strong potential candidate, the former teacher Dagmar Navrátilová, is said not to be interested in the post.

Nantl, currently deputy minister of education for legislation, attended the Tuesday morning meeting. Speaking to journalists, he said he had been invited in an expert capacity to give an account of the problems facing the ministry — not as a potential ministerial candidate. Nevertheless, according to the server novinky.cz, VV’s leadership has decided to recommend Nantl as their nominee.

Nantl remained at the meeting of VV’s leadership for about an hour. When asked about his potential nomination, he replied that he would only consider taking the post as an unaffiliated individual.

According to novinky.cz, apart from Navrátilová, VV has also ruled deputy education minister Ladislav Němec (unaffiliated), who is currently the acting head of the ministry, and one of the party’s chief advisors, Jan Kubáček (unaffiliated).

VV’s official leader Radek John told the Czech state news agency ČTK he wants the selected candidate to be approved by the party’s co-called gremium, a wider assembly of party leaders including heads of regional branches, which is due to meet on Thursday.

Dobeš’ successor will have to deal with a further cut to the education budget amounting to Kč 2.5 billion approved by the government several days ago. He said he had resigned as minister because he could not agree to further cuts at the Education Ministry that are likely to prompt the layoff of teachers.

Never far from controversy, Dobeš was repeatedly accused of incompetence by voices within academia and a number of commentators concluded he simply chose the most opportune moment to resign rather than being dismissed, which prior to his resignation appeared increasingly likely.