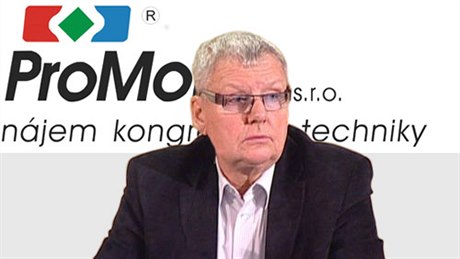 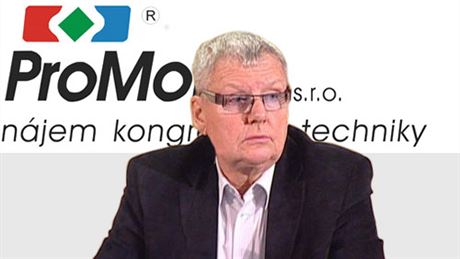 Charges will be filed against representatives of ProMoPro, which in 2009 provided audio-visual and interpreting services to the Czech government during the EU Presidency, and an official in the Czech Government Office, Hospodářské noviny (HN) reported Friday. The news come following an investigation lasting over a year; according to the daily, then-EU affairs minster Alexandr Vondra (Civic Democrats, ODS) will not face charges.

“Nothing is preventing the case from going ahead in the near future,” the recently-reinstated head of the High State Prosecution Service in Prague, Vlastimil Rampula told HN, noting he was not at liberty to say whether police have formally launched prosecution proceedings. “I must say that [the investigation] was perfectly conducted,” Rampula added, which implies police have sufficient evidence to file a successful case for prosecution.

Civil servants to be prosecuted

The Government Office paid ProMoPro, owned by Jaroslav Veselý and his wife, a total of Kč 525 mln, of which Kč 378 mln was transferred to the Czech firm NWDCHN cited two unnamed police sources close to the investigation as saying that Vondra, now Minister of Defense, will not face charges. “I know nothing about the investigation, so I will not comment,” said Vondra, who did not sign the contract or any agreements with ProMoPro. He did, however, designate logistical organization of the conferences held in the Czech Republic when in connection with the country’s EU Presidency (Jan–June  2009) to his subordinates.

According to HN, the police have not uncovered evidence that Vondra in any way influenced the contract concluded between the Government Office’s department for EU affairs and ProMoPro. However, several of his subordinates at the time, and people connected with the company, can expect court summons.

The investigation reportedly established that the services provided by ProMoPro were indeed overpriced and that at least Kč 135 million of public money paid to the firm was embezzled.

The Government Office’s EU affairs department had awarded the contract without holding a public tender, on the grounds that that no other company was able to provide the range of services required for the numerous EU presidency events in the Czech Republic.

However, ProMoPro supposedly outsourced the bulk of the contract to the Czech firm NWDC (to which it transferred Kč 378 million), casting doubt on this explanation.

To London and back via Vienna

The Government Office paid ProMoPro, owned by Jaroslav Veselý and his wife, a total of Kč 525 million, of which Kč 378 million was transferred to NWDC, which then supposedly hired the London-registered firm Deeside Service Solutions to provide IT services.

Kč 135 million was subsequently transferred from Deeside Service Solutions to an anonymous account with the Austrian bank Vontobel to which Veselý’s friend, Líbor Veverka, had accessNWDC’s owner and boss, Vlastimil Maxa, claimed somebody had recommended Deeside Service Solutions (DSS) to him, but when asked in early 2010 who exactly, said he did not remember who. No information is publicly available about DSS’s commercial activities, what services it could have provided for conferences in Prague, or its ownership.

Last September, however, Czech Position established that the director of the firm, which in 2010 was renamed Inteprod, is a certain Raymond Erickson Christopher, who is resident on the Caribbean island of Dominica and directs around three dozen other companies.

According to the investigation’s findings, at least Kč 135 million was subsequently transferred from DSS to an anonymous account with the Austrian bank Vontobel to which ProMoPro boss Veselý’s friend, Líbor Veverka, had access.

Veselý denies the services his firm provided were overpriced, and insists all accounts and payments were checked and approved by auditors and officials in the Government Office. He claims he does not know nor enquire about what his subcontractors did with the money they received from him.

The ProMoPro affair broke in January 2011 after the Finance Ministry’s financial crimes and money laundering watchdog, the  Financial Analytic Unit (FAÚ), was alerted to suspicious transfers of funds from the accounts of ProMoPro.

The scandal almost cost Vondra his job as defense minister. His political opponents have on numerous occasions pointed to him being implicated in the scandal and called on him to resign. While not admitting to any wrongdoing or mismanagement, Vondra offered his resignation to Prime Minister Petr Nečas (ODS), who did not accept it.