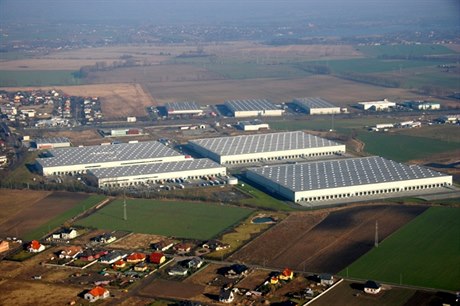 ProLogis Park Poznań in Poland is one of its many logistics centers foto: Prologis, Česká pozice 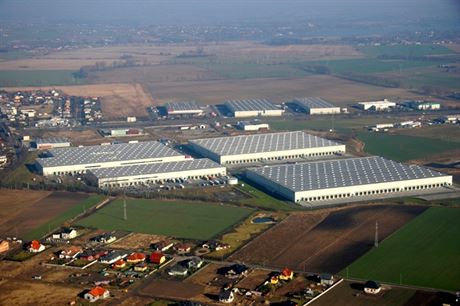 US-listed industrial real estate companies ProLogis and AMB Property Corporation have agreed on a “merger of equals” that will lead to the creation of the global leader in industrial property, with a particularly strong position to participate in emerging market growth. The merger remains subject to approval, including that of AMB and ProLogis shareholders, and the companies expect the deal to be closed in Q2 2011. The merged company will use the ProLogis name.

The all-stock merger is planned to be tax-free, with each ProLogis common share converted into 0.4464 of a newly issued AMB common share. The united company will be an UPREIT (a real estate investment trust formed by combining properties from existing limited partnerships). Together, the companies are expected to have a pro forma equity market capitalization of approximately $14 billion, a total market capitalization in excess of $24 billion, and gross assets owned and managed of approximately $46 billion.

While ProLogis has a significant presence in the Czech Republic and the Central and Eastern European (CEE) overall, AMB brings a strong presence in global emerging markets like China and Brazil to the new company. Both companies have large portfolios in their home markets of the US, as well as in Western Europe and Japan. The overall combined portfolio of the newly formed company will comprise 56 million sqm of modern warehouse space in 22 countries.

Together, the companies are expected to have ... a total market capitalization in excess of $24 billion

“This combination will help create the most efficient, effective industrial real estate organization with the best, most diverse talent. And, we have developed an achievable plan to put these companies together seamlessly,” Walter C. Rakowich, ProLogis CEO, said in a press release. As a cost cutting measure the merger is expected to save an annual $80 million of general and administrative expenses.

“This enhanced platform will enable us to better serve the needs of multi-market customers and provide them with both existing world-class facilities and unmatched development capabilities. The combined company will also be well-positioned to create more opportunities and value for both our shareholders and fund investors,” Hamid R. Moghadam, AMB CEO, said in a press release.

Rakowich and  Moghadam will be co-CEOs of the company until Rakowich’s retirement at the end of 2012, when Moghadam will take over as sole CEO.