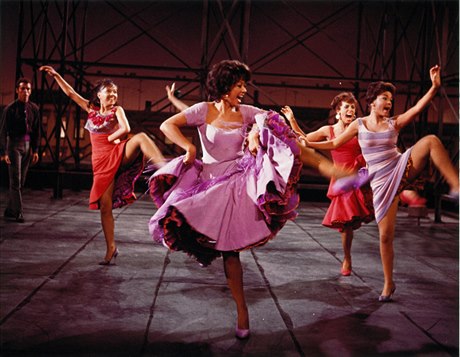 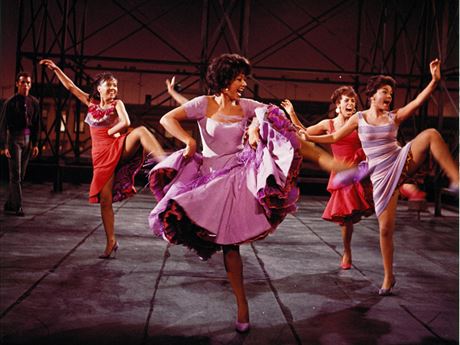 On the evening of  Jan. 19 one of Prague’s classic old-style movie palaces, Kino Lucerna, was full almost to its 454-seat capacity. You might expect this at a premiere of the latest Hollywood blockbuster or a much-talked-about new Czech film, but in fact the crowd was waiting for a film released over 50 years ago. Generating this kind of viewer interest is precisely the reason the Association of Czech Film Clubs (Asociace českých filmových klubů - AČFK) is continuing with Projekt 100 after almost 18 years.

Program director of the Association of Czech Film Clubs Iva Hejlíčková told Czech Position that the project began in 1993 in an attempt to provide Czech audiences with access to new and classic films that had been denied them during communism. This was all the more necessary considering the post-’89 glut of commercial Hollywood films being shown in the country at the expense of art house and classic films.

The film being shown that December evening to a packed house was Robert Wise’s “West Side Story” in a digitally restored version. Seeing the film on a large screen with its vivid colors restored is an entirely different experience than watching it on TV or a computer screen, not to mention the difference in listening to Leonard Bernstein’s music. According to Hejlíčková, this is the reason that Projekt 100 goes on in spite of the wider availability of alternative cinema on DVD and through both legal and illegal downloading from the Internet.

“Today, of course, the situation on the Czech distribution market is very much different, but we are sure the old masterpieces still have their place in cinemas. There is no other way to watch them in such scope and quality — those are the movies made for the big screen and that is the place they belong,” she said.

The Association of Czech Film Clubs has brought over 150 films into theaters nationwide since its inception and according to its head of acquisitions Jan Jílek it is singular classics such as “Psycho,” “A Clockwork Orange” and “Chinatown” that have garnered the best responses. Other films that have been welcomed by Czech audiences include works that otherwise didn’t receive distribution here, such as Darren Aronofsky’s “Requiem for a Dream” or Mike Leigh’s 2010 Academy-award nominated (for best screenplay) “Another Year.”

For 2012, Projekt 100 has revamped its strategy in response to its figures from 2011 as well as a constantly shifting distribution market. Film screenings are now organized into four distinct categories spread throughout the year. January was the occasion for showing an American classic, this tear’s choice being “West Side Story.” March is devoted to a European classic, which will be Finnish director Aki Kaurismäki’s 1992 adaptation of Henry Murger’s highly influential 1851 account of Paris bohemians “La Vie de Boheme.”

The month of May is slated for ‘90s cult films, which this year will be the well-known “Trainspotting,” by director Danny Boyle. The print of “Trainspotting” will then be available for wider distribution throughout the summer. Finally, June is scheduled for a digitally restored Czech classic. At the moment, this year’s choice is expected to be “Daisies” (Sedmikrásky) by Věra Chytilová.

Jílek says that AČFK chooses the films to screen as a group but that due to the revamped Projekt 100 focusing exclusively on films available in DGP (Digital Cinema Package) format they are choosing from a growing yet still narrower range of prints than previously. The advantage of DCP is that all films are restored, digitalized prints with vastly improved audio so that the difference between seeing them in the theater and at home is all the more pronounced.

Projekt 100 is not the only conduit for the release of digitally restored films into Czech theaters. The National Film Archive (Národní filmový archiv) recently premiered its newly acquired print of the 1948 British classic “The Red Shoes,” directed and produced by Michael Powell and Emeric Pressburger. “The Red Shoes” is another film that deserves to be seen on the big screen due to its colorful, picturesque sets and the original music written to accompany the numerous dance scenes. Both the film’s score and art/set direction won 1948 Academy Awards. The restored version of the film had its world premiere at the 2009 Cannes Film Festival and was introduced by American director Martin Scorsese.

“Michael Powell and Emeric Pressburger created a vision in ‘The Red Shoes,’ one that has never really been matched … There's no question that it's one of the most beautiful color films ever made, and one of the truest to the experience of the artist, the joy and pain of devoting yourself to a life of creation,” Scorsese said on the occasion.

Unlike Projekt 100 the main goal of the film archive is to collect and preserve films, especially Czech film, of which it has a collection dating back to the earliest newsreels. Other international films in the archive’s collection include Marco Bellocchio’s “Vincere,” Arnaud Desplechin’s “Christmas Story” starring Catherine Deneuve and Werner Herzog’s remake of the silent classic “Nosferatu” starring Klaus Kinski among others.